Words From Beyond the Veil in the Temple, “I’m Not Dead” 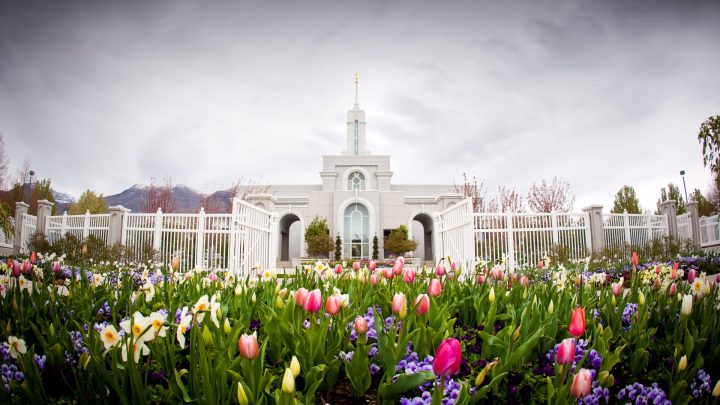 My daughter, Asia, was excited to attend the temple for the first time to do proxy baptisms for the dead at the Mount Timpanogos temple in American Fork, Utah. Almost every night before bed, she and her younger sister, Jessa, would ask me to sing “I Love to See the Temple” with them.

Asia, and her older siblings, Kamri and Miles, traveled to the temple on a snowy January morning for a baptismal appointment to do some temple work. Asia, a little tentative, soon realized there was nothing to be scared about and thoroughly enjoyed being in the temple, even singing, “I love to see the temple, I went there today!” that same night before bed. She even told her little sister that, “there’s nothing to be scared of.” 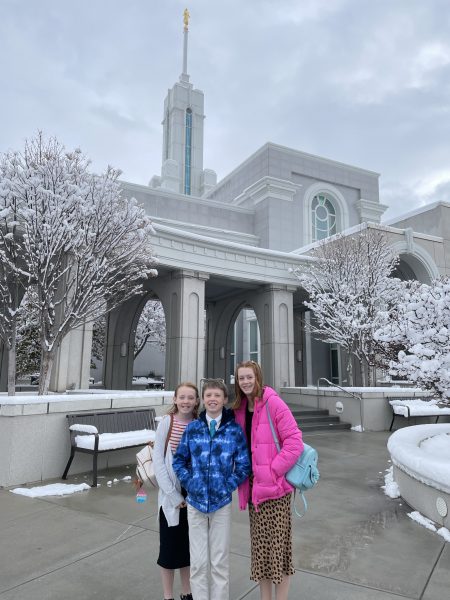 From left: Asia, Miles, and Kamri

While in the baptismal font area, Asia acted as a witness while both Miles and Kamri were baptized. I was able to baptize all of my children using family names they had found – with the exception of Kamri who had left her family names in the car.

That was fortuitous indeed, as you will see in a minute.

While I was baptizing Kamri, one of the names on the screen that came up was Sarah Cook. I started saying the words, “Sister Arkell, having been commissioned of Jesus Christ, I baptize you for, and in behalf of, Sarah Cook, who is dead…”

In that moment I choked up and heard these words in my head, not in a fierce manner, but in a jovial way: “I’m not dead.” I could almost picture Sarah Cook looking at people surrounding her and giggling while saying, “This guy thinks I’m dead. I’m not dead.” 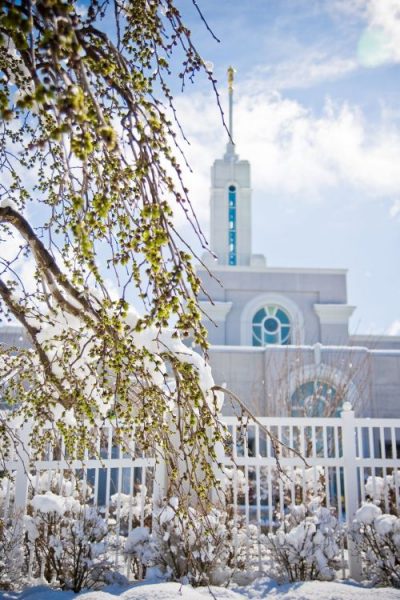 I’ve said those same words hundreds of times in the temple, “…who is dead,” and I never recall having a similar experience. And while Sarah Cook is, in fact, physically dead, I know that she is very much alive, as I think she was trying to communicate to me.

As we were doing confirmations, we met a young man who is preparing to serve a mission in Madagascar. We asked him to share with us something that he has learned while working in the temple for a short time. His words were impactful and very relevant. He said, “We think of heaven as this faraway place, but these people that we perform ordinances for are very close to us as we do temple work.”

Sarah Cook, in some form or the other, was very close that day.

The spirits of the just are exalted to a greater and more glorious work; hence they are blessed in their departure to the world of spirits. Enveloped in flaming fire, they are not far from us, and know and understand our thoughts, feelings, and motions, and are often pain¬ed therewith. (Teachings of the Prophet Joseph Smith, p.325)

Have you ever felt the veil thin in the temple?

I Want To Be Faithful Forever
← Previous
The Law of Tithing: Powerful Promises and Prophetic Direction
Next →

Yes. Once in the Portland Temple doing an endowment the last row was empty. Out of the corner of my eye, I could see an entity sitting in the end seat of that row. But when turned to look directly at the seat, no one was visible. I looked 3 or 4 times.

I have always had a problem calling those on the other side of the veil dead. Maybe at some point the wording in ordinances will change to distinguish these family members in a better way.

Yes i feel often the people i work for, Either where i am in the temple, they let me know. Sometimes i feel a thrill other time shy and happy thank you and sometimes i start to cry.. at last... i am at ease now. Greatest wonder is that my mother of 85 yrs and joungest Last year Sealed proxy her whole family, father mother, and 15 siblins. I testify our ancestors communicate with us. In the name of Jesus Christ.

Yes, I have felt the veil very thin while doing baptisms for my brother in law. As I was being baptized for him he asked me to please save his son, that he was about to die. My wife, who was watching heard the same voice. We had been praying for his son knowing he needed help. My wife quit her job and flew to Brazil as soon as she could. Then picked him up and hid him at her sisters house. we found out that 3 of his friends had been killed for standing up to a drug lord at the age of 11. It took 3 years and all our money along with a great many friends helping us, and we adopted him at the age of 14. It completely changed our lives, yet confirmed a whispering of the spirit several years before that we would finish raising him. It has been pretty difficult, but God didn't say life would be easy, just that it is worth it. Listen to the spirit.