I Want To Be Faithful Forever 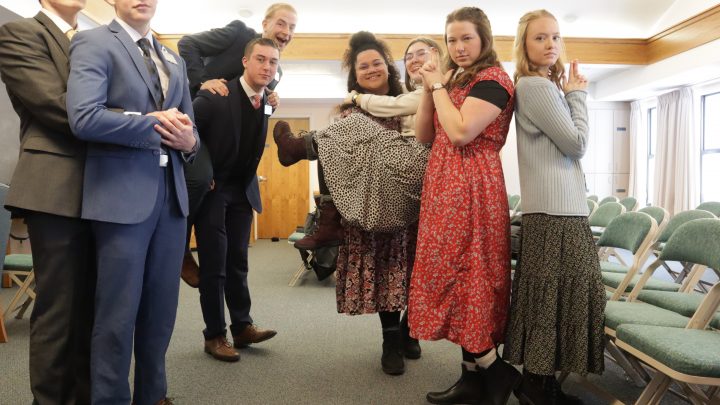 Happy 2023 everyone!!! My oh my time flies! This week was a really really good one!  It was a great way to end the year 2022. (Sorry in advance for the crazy long email)
We had our last district council of the transfer. I’ve loved this district! We took some fun pictures on my nice camera. The Elders were doing quite the poses lol. Then we started exchanges with the YSA Sisters! I love them dearly. So grateful for the friendships I’ve made on my mission, wouldn’t trade it for anything in the world! Sister Chartier and I had some amazing miracles in the afternoon. God literally just flocked 3 people to us. It was so cool to witness. 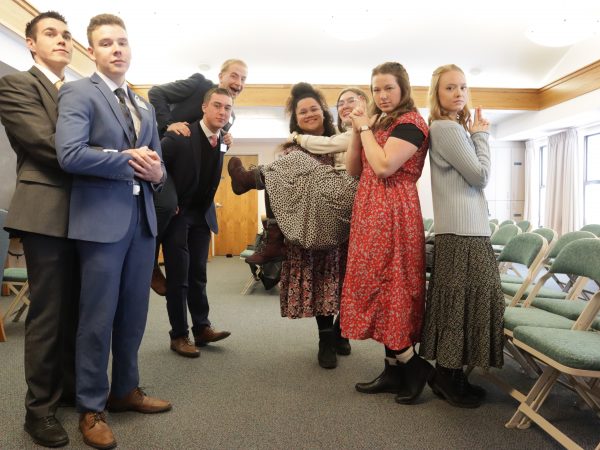 We were shoveling the driveway for someone who’s talked to missionaries before. As we were doing that, a man with a snowplow asked if we wanted him to plow it real quick (it was quite a large amount of snow haha) so we let him. Then as we were finishing up the remainder of the snow, a man walks past on his way to work. We talked with him, got his phone number, and he wants to learn more about God! Then a little bit later, the snowplow guy came back & asked if we were LDS. I said yes and he said he was too but that he hadn’t been active for decades and had been down a pretty bad path for the last 30+ years but he saw us shoveling and thought we were LDS so that’s why he offered to plow. We got his contact info because he used to live in AZ but is now in NY!! He’s a long lost member! 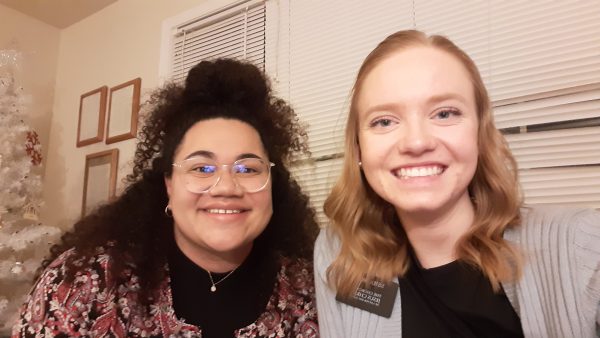 God truly never abandons those who make a covenant with Him. He placed all 3 of us there at the same time so we could meet. Pretty cool! Then the guy we were shoveling for wants to learn more as well & he actually came to church on Sunday! Yay!!!  Then I spent the evening with Sister T. She is fabulous. We were able to relate on a lot of things and helped each other out a ton. That was a blessing from God. ‘Twas very very much needed!
Our friends decided she wants to get baptized! Yay!!! It’s such a joyful feeling when someone chooses to follow Christ’s example! Ah, I just love it!  PRAY FOR HER, because Satan starts working really hard on people once they make that decision..
At church on Sunday, we set a record for our area haha. Not sure if it actually is a record but as far as I can remember from the time I’ve been here, it is. We had 4 FRIENDS AT CHURCH!! Woohoo! I felt like a very successful missionary and it was the perfect way to start 2023!! I was very grateful that God made it happen because we worked so so hard.
We got transfer news this morning…for my very LAST transfer which is wild  and it’s the best news ever, I can hardly contain my excitement!! I GET TO BE COMPANIONS WITH MY FAVORITE SISTER ASTON AGAIN!!! I’m staying in Lockport and she’s coming here. I adore her so much & we’ve always said we’d be companions with each other again in a heartbeat. God is so good! It’s gonna be such a great way to end my mission! It’s really starting to sink in that I’m done soon. I go home next month. Ahh. It’s making me pretty sad honestly! But I’m gonna finish these last 6 weeks SO STRONG & leave my mission with a flourishing area. It’s going to be amazing!! 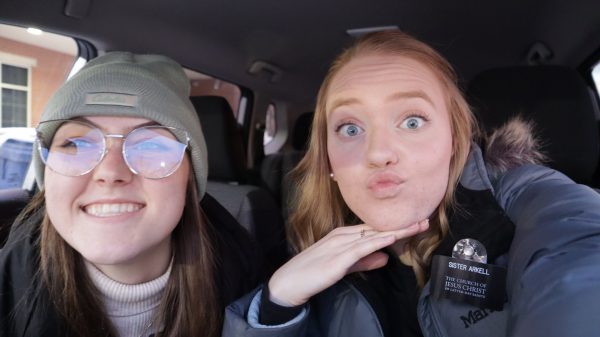 Also each year I like to pick a theme to focus on, instead of making a ton of goals I’m not gonna remember. Last year was “radiate joy” and this year’s is ☆FAITHFUL FOREVER☆. I want to stay faithful for absolutely forever. I know when I go home and am back in the real world in a sense, it will be more difficult to stay up on the habits I’ve developed while on a mission but I’m determined. I absolutely love the way I feel as I am actively living the gospel and I’m gonna strive for that always!
Have the best week! Love yall!!

¡Hola a todos! ¿Cómo andan? ¿Todo bien? ¿Todo tranquilo? ¿Todo en orden? Espero que hayan tenido una semana llena de gozo, felicidad, y paz. Siempre recuerden que tú Salvador Jesucristo te ama y siempre está contigo!  Boy Spanish is way more fun to type than English
Honestly, this week for me was really tough. We had a lot of friends send texts to us and “break up with us.” One of them is our eternal investigator who has come to church 20 times. Sad. Another lady that we thought would go really far, probably even baptism, texted us and told us that she “doesn´t go to churches.” Sad. But así es la misión. I am trying not to get discouraged and just use it as motivation to work harder!
Monday: We had a crazy p-day and we basically rode buses and ran around Mar Del Plata all day. It was soooooo tiring. And it didn’t help that I was feeling really sick the whole time but qué va a hacer. Then that night I just went home and slept that night. But I also opened up some letters that I got from my whole family for Christmas and I was balling there sitting on my bed. Shoutout to my family! Yalls are the best ever! I pray for you guys every day.
Tuesday: We just walked the streets and contacted points and all that. The grubby, not so fun, non-fulfilling part about missionary work. But then we had a really good lesson with one of our amigas who is going to be baptized. Please pray for her and that she will reach her baptismal date of Jan 14th! 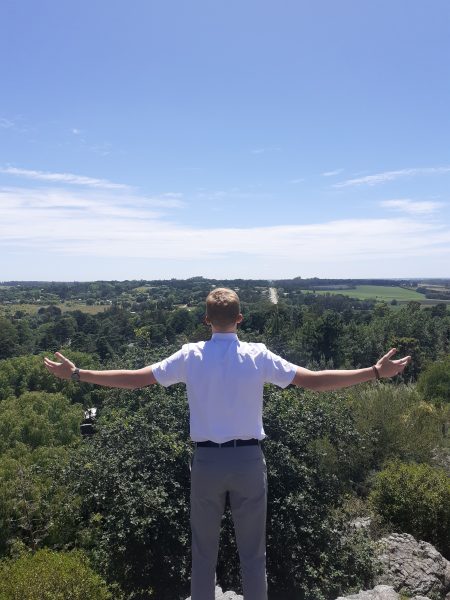 Wednesday: I did divisions with my líder de distrito, Elder Curtis. He´s a dog. We taught some really good lessons about the Restoration and the spirit was super strong during both of them. ´Ain’t no way this church isn’t true. My Spanish was also going off. Felt almost 10% fluent so that´s good. Then a recent convert that was with us in the lesson, we were about to end and then he said, “Esperáte”(direct translation means “wait yourself”) and then he went off about how Joseph Smith had many wives, also he went off about ALL the details about the Law of Chastity IN THE FIRST LESSON! It was wild. But our amigo still seemed interested so that’s good.
Then that night we played basketball at the church with some of the guys from the “hood” that play on the neighborhood court usually. Elder Curtis and I went off. I dunked in-game like 10 times. It’s nice playing basketball as a 6’4″ dude and a 9′ hoop where the rest of the dudes are 5’6″ jajaja Oh and also today I ment a member who is a world champion wheel-chair soccer player and who has met Messi. So basically Messi and I are best buds.
Thursday: Really hard day where we didn’t really have any success. But we’ve gotta have days like these to appreciate the good ones. Also, today got up to almost 100 degrees. NOONE WAS OUTSIDE. The siesta literally lasted from 12 to 6:30. Really terrible for la obra misional.
Friday: We had a lesson with this friend named José González. We were gonna teach him about the restoration but I felt like we needed to teach the plan of salvation. So we did and then I felt the prompting to invite him to be baptized. It was the first lesson and it was off topic so I kinda pushed it off. Then a little later it came back and so I just did it. I asked him if he wanted to get baptized and he said “Puede ser” (Could be). He said he might a little later; he just wants to know a little more. So please pray for him!!
Saturday: We tried a new thing today that I learned from a missionary book called “Inspiration Finding.” We found someone who has a lot of potential and was very interested in the Book of Mormon. Let’s gooooo. This is the Lord’s work. I am just trying to tune my heart to be able to feel the spirit guide me more. Had a great New Years dinner with a family. Some tremendous asado and potatoes and rice and all the classic Argentina food. The food here is so GOOD. 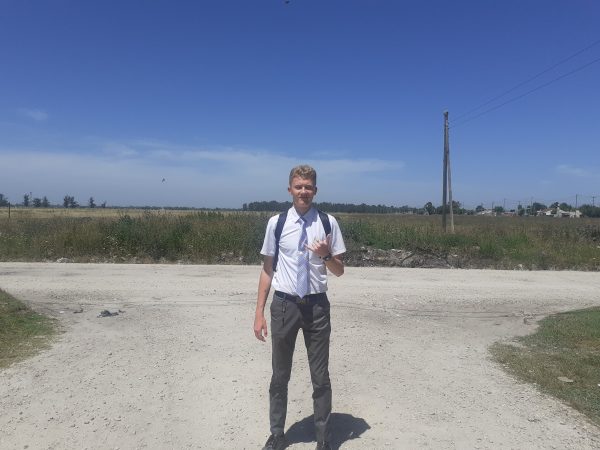 Sunday: We were inside all day because it was pouring. We received transfer news and Elder Bardales and I are staying in Jorge Newbery. Two other missionaries and coming here to help in the work though so that is good. I’m excited for this next transfer. My comp is district leader so I’ll be doing a lot of divisions now. I’ll get to travel around Mar Del Plata and spread the gospel. The best work on the earth!
Spiritual Thought: I was studying in Preach My Gospel this week and I read a quote that I really liked. David O. McKay said, “We will attain our exaltation in the Celestial Kingdom only on the condition that we share with our Father’s other children the blessings of the Gospel of Jesus Christ and observe the commandments that will enrich our lives here and hereafter.” If we want to be saved, it depends on if we keep all of God’s commandments and also if we share the gospel or not! I challenge each of you, this week, to say at least one time to a non-member friend during a conversation, “That’s what I love about my church….” Or also, invite someone to come to church with you! Sharing the gospel is really simple! This gospel brings so much joy and everyone deserves to have it in their lives!
The Children and Youth Program is Not Just About Goal Setting
← Previous
Words From Beyond the Veil in the Temple, "I'm Not Dead"
Next →
0 shares