Worst Snowstorm In Recorded History…Oh & It Was Christmas Too 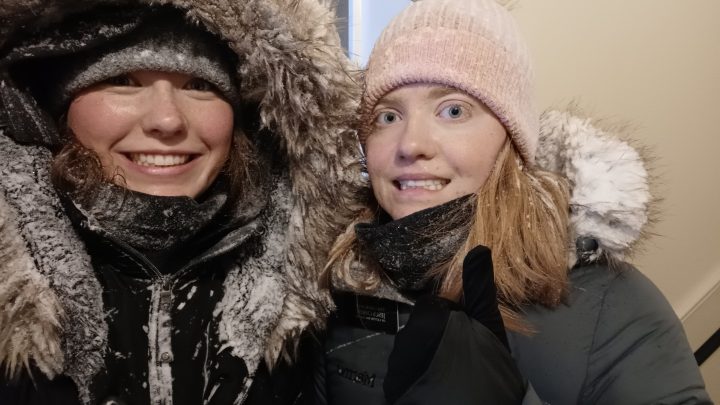 Hello everyone! I hope your Christmas was so fabulous!! Ours was definitely not what I would have expected but it’s still one for the books 🙂
But we’ll start at the beginning of the week with Zone Conference! I got to see one of my favorite people ever…Sister Aston! The joy I feel when I’m reunited with old companions I loved is like none other. Eek I love her so much! 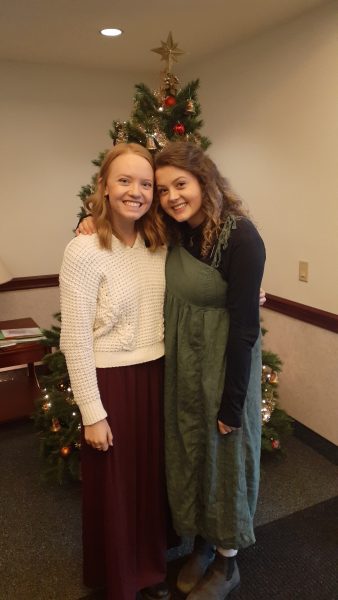 Me and Sister Aston

Zone Conference was awesome. We talked a lot about how we need to be sure that we are sharing revealed truth that most people haven’t heard before. Instead of just saying we’re sharing a message about Jesus Christ. Most people know who He is or have heard of Him but do they know that His church has been restored? Or that families can be together forever? Or that we have a living Prophet today? Or that Jesus Christ visited the Americas? It’s been really cool to change our approaches when we talk to people!
On Thursday we had a couple cool miracles! We were in a town called Medina, about 30 minutes east of Lockport, and were going to visit some inactive members. We knocked on the door of the address we had for them. Then we knocked a few more doors on the street. As we were about to head back to our car to start our next activity, we decided to knock the last door on the corner. A nice lady answered & we were talking with her for a couple minutes! We asked if we could share a message about Christ’s Restored Church with her & she said she was actually a member. Turns out SHE WAS THE MEMBER WE WERE LOOKING FOR at the other end of the street!!  They moved a year ago but didn’t update their address in their records. Pretty crazy! God led us right to them! And now we’re gonna go over sometime this week hopefully. That was way cool!
On Friday, the worst snow storm recorded in Buffalo New York history started so…we were stuck inside.  And Saturday (Christmas Eve…same thing. And Sunday (CHRISTMAS)…SAME THING. It was crazy!!!  The wind was apparently up to 70mph and the snow drifts were crazy. We probably have about 3 feet of snow. I’ve seriously never seen anything like it. It was WILD!!! Lots of people lost power. There was literally a travel ban so we weren’t allowed to go anywhere because the storm was so dangerous. I’m grateful for technology that helps us still be productive even if we’re inside! The work continues no matter what! 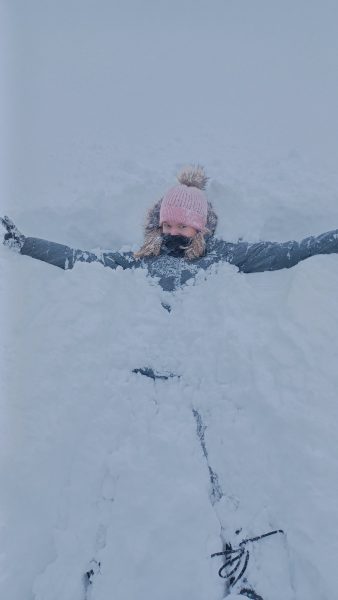 Christmas Day definitely wasn’t what we were expecting.  We had meals set up with members which was exciting because we’re only allowed to do that on holidays in this mission. But we couldn’t go to most of them since there were travel bans to prevent us from driving on the roads. Church was cancelled so we had a mini Zoom with some people in the ward 🙂 love them! I got to talk with my family! We made gingerbread houses…mine looks like my 2 year old sister made it  BUT God came through to make our Christmas not a complete let down. We were able to shovel ourselves out enough to go to a member’s house down the road for the last 2 hours of Christmas!! That made my day! And my cute trainer is close to that family so she video called them to say Merry Christmas & I got to say hi to her! SO. MUCH. JOY. 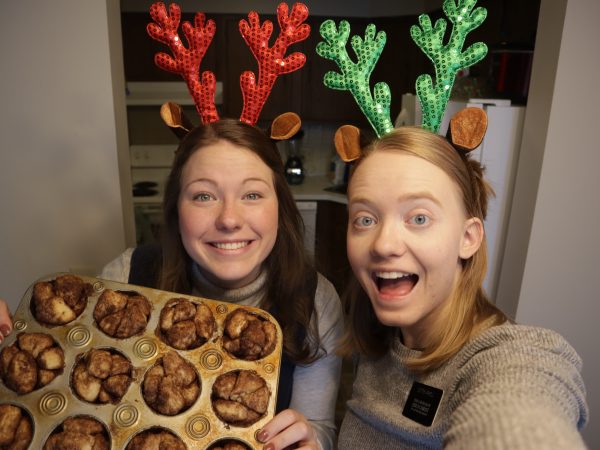 On top of all of that craziness, I’ve also been sick as a dog for the last 4 days…so any prayers sent my way would be greatly appreciated 🙂
I can’t believe this is my last weekly in 2022!!! How wild is that?! Time really flies and it seems like just yesterday this year started. I love you all! Please keep on praying, reading your scriptures, and attending church and the temple. Those things will keep you safe in this world today! 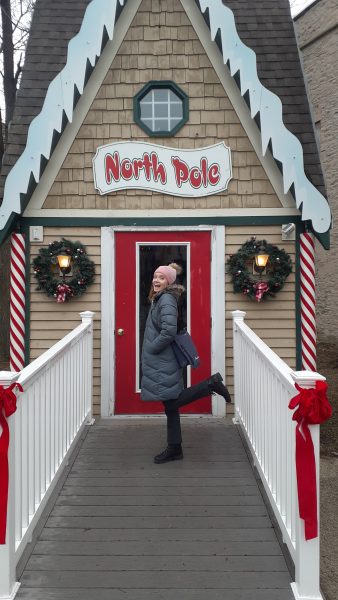 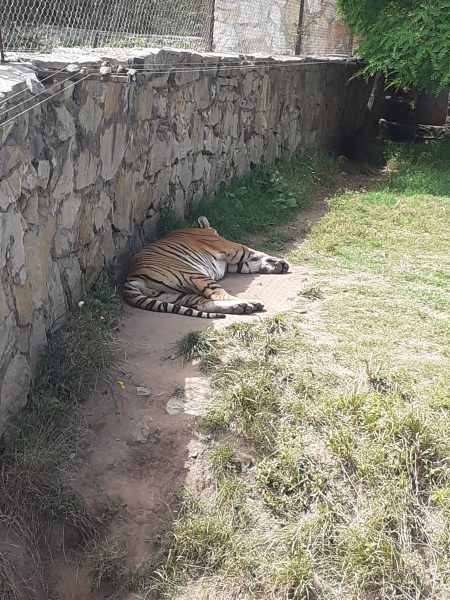 On Wednesday I went caroling in downtown Mar Del Plata. It was pretty fun actually, very cool experience. Sometimes I still can’t believe that I’m in Argentina. It’s kinda weird to be honest.
On Friday we had our big Christmas Zone Conference. A bunch of Zones got together and we had a gift exchange game that was pretty fun. I ended up with colored pencils. President also gave us a really good training, I was really motivated afterward. He compared us to the players on the Argentina national team and Satan to France. He told us that if we want to win the World Cup, we’ve got to do stuff differently. 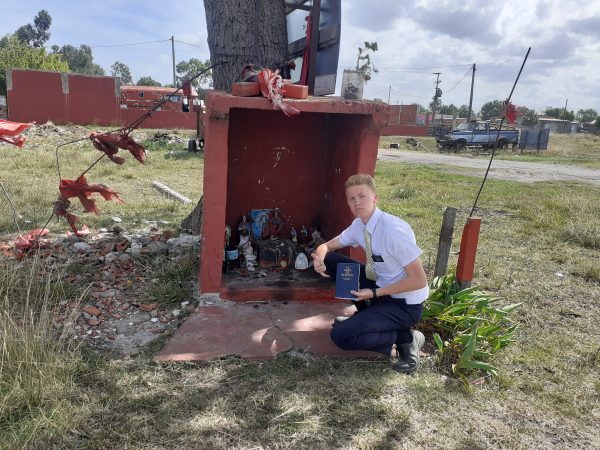 Christmas Eve we basically did nothing. We went to eat dinner at one of our friends houses and waited outside his house for 1 hour but he never showed up. So we called the bishop and asked of we could eat at his house so we did
Christmas was also really chill. We just made Banana Bread for some of our friends and then gave it out to some of our friends. Then we went to the house of dome other elders and we made fried chicken. It was good. 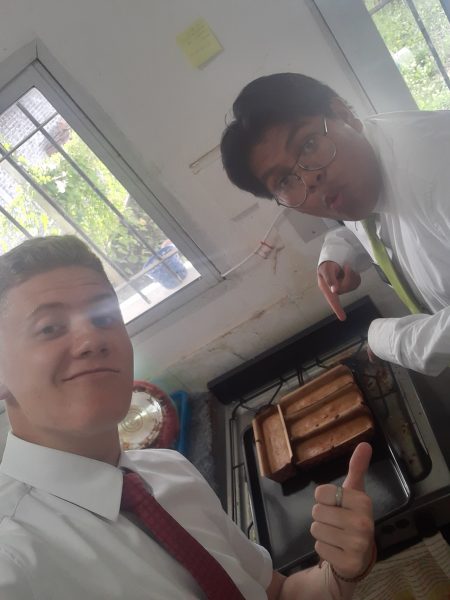 Sorry this email is short. I’m typing on a phone and it is not fun. Remember that God loves you!!
My Path Back To Full Activity In The Church Ran Through Three Bishops
← Previous
The Children and Youth Program is Not Just About Goal Setting
Next →
0 shares