Handel’s Messiah And The Twelve Tribes Of Israel 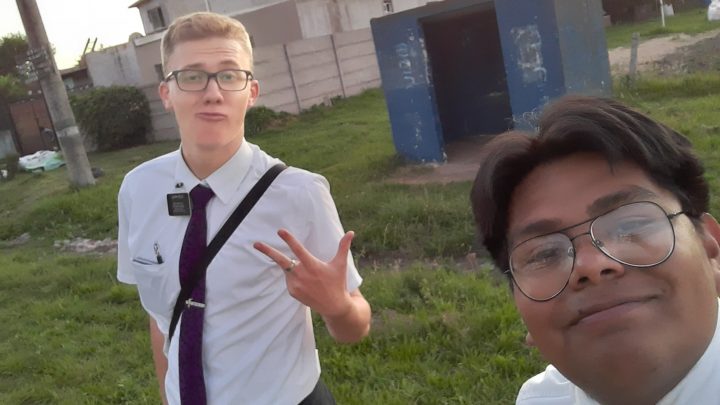 This week was not your typical missionary week haha. Yesterday especially was WILD! Stay tuned for the crazy story.
I was reunited with my MTC companion, Sis Mathews, on Thursday for exchanges! It was pretty cool to be together in the actual field when we’ve had 15 months to learn how to actually be a missionary haha. I spent the afternoon with Sis Foster who is an amazing missionary!! And then the evening with Sis Mathews! I love getting to know the Sisters even better!! It’s such a good time. 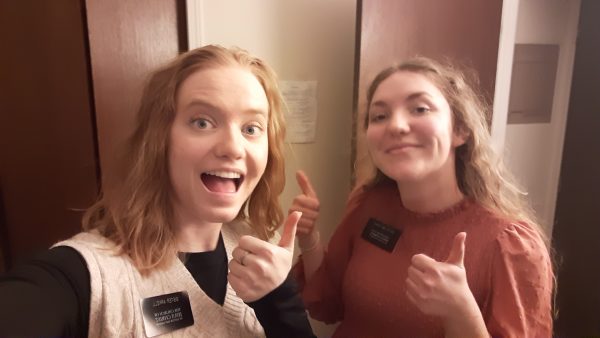 On Thursday night we had a Messiah Sing-In at our church building. It was quite the night! There wasn’t a ton of people there but we all did our best. I have never sung the Handel’s Messiah before and WOW, that a train wreck haha but I tried! I did feel the Spirit during one of the pieces though. I am grateful for music that testifies of Jesus Christ!
We gave a church tour to Brooks and it went great!! He has been taught off and on by missionaries for over a year and this was the first time he actually set foot in the church building. He seemed to enjoy it and he said he’s going to come next Sunday!! Pray for Brooks that he’ll follow through! He needs to be there!! He’s so cool!
I got to speak in church yesterday. I’ve tried so hard to give talks on my mission just from the heart and not typed out word for word but it is definitely more stressful for sure! I based my talk off of this one by Elder Andersen from this past General Conference & I highly recommend studying it! -> Drawing Closer to the Savior
Yesterday was WILD. Okay here’s the story. So, on Saturday night we were hearing weird noises from upstairs. We thought it was just a baby or something so we didn’t think anything of it. But it kept going all through the night and the morning. The more we listened, we realized they were moaning/groaning noises like someone wasn’t breathing well or something like that. We went to church & came back and it was STILL HAPPENING so we decided we should probably figure out what was wrong. We went upstairs to knock on our neighbor’s door but she didn’t answer & we could still hear the noises. We got our other neighbor too and we were all pounding on the door but she wouldn’t answer it so something was obviously wrong.
We ended up calling 911 and the fire department, police, and ambulance came. They had to open her door with a crowbar and split the wood to get in. They found our neighbor laying on the floor by her bed headfirst with candles and other things that had fallen on her head. She was responsive but not in the greatest condition. She probably had a mini stroke or something like that. They took her down the stairs in a body bag basically, put her on a stretcher, and drove off with her in the ambulance. It was pretty crazy! I feel bad that we didn’t do something sooner but we had no idea what was happening. Just glad that we finally did something! Hopefully she’ll be okay! We were so exhausted afterwards from all the adrenaline but we saved the day woohoo!

We had a stake Christmas concert last night & it was awesome! Each unit performed some sort of Christmas number. I feel like my stake back home should do this too! I truly can’t imagine a world without uplifting music. It brings the Spirit & so much joy into my life! Our ward sang a song called “Mi Burrito Sabañero” and it was a hoot. We got asked to join like 30 minutes before so we winged it with our español but it was fun anyways! I love the Lockport Ward :))
Love y’all! Don’t forget that God is at the helm. Even when life feels like it really isn’t going the way you had planned or thought it would, God knows what is in store so you can truly trust Him.

Had a very interesting experience this week. I and mean very interesting. We met this guy named Shawn. He doesn’t belong to really any structured religion but he belongs to this group called the “Twelve Tribes of Israel.” They have little communities all over the world where everyone in the community lives together and the live the Law of Consecration. If y’all have ever been to a Yellow Deli, it’s their businesses they build. Shawn invited us to one of their Bible studies so we said “Por qué no?” I was expecting to get a chance to talk about our religion, (you know like teach with power and authority and all that and then angels come down in the midst of fire and minister to them and then they’re all baptized) but needless to say, that didn’t happen.
It was a really interesting “Bible Study”. We all got in a circle and they danced and sang and then afterwards they had a little testimony “share what God is teaching you” moment. Shawn’s wife bore her testimony on the fact that all other Christian denominations are not true, and that their religion are the only ones that are exactly obedient. The whole night she was trying to convert us. But I just pulled a line from the movie Matilda and said, “I’m right, you’re wrong, and there is nothing you can do about it.” This church is 100% true and nothing anyone tells me can change my testimony.
I had a lot of time this week for self reflection because we walked a toooooooon this week. Literally Wednesday night I came home and wanted to die. Didn’t help that that morning and did a killer leg workout so I was already sore. But anyway, I’ve had a lot of time to think about myself and the things I need to improve to become a better missionary. I realized that I need to be more humble, and more patient. I’ll be studying those attributes for the next little bit so if you’ve got any good scripture or talks or anything like that, send ’em my way.
I’ve been praying and fasting for a baptism this month. It is the mission goal for each companionship to have a baptism each month and I have been working really hard to have that happen. This month so far we have not had a lot of success. Please pray for Marcelo they he will make the decision to be baptized!
Something really interesting I learned as I was reading “Jesus the Christ” this week is that if the Jews weren’t subject to the Roman’s, Jesus literally would’ve been king. Interesting.
This week my love and appreciation for our Savior has grown so much. During this Chrismas season, I invite all of you to learn more about Him and His attributes, His names, etc. I am so thankful for all He did for me. I am so grateful that He was willing to leave His home in Heaven, to bring me home to Heaven. I know Christ lives! No doubt in my mind. Have a great next week! Elder Arkell
Word of Wisdom Inspiration And A Robbery In Broad Daylight?
← Previous
Temple Quotes From President Russell M. Nelson
Next →

Shed some tears of joy as I read Elder and Sister Arkell's priceless letters home... how I love these missionaries and their testimonies.