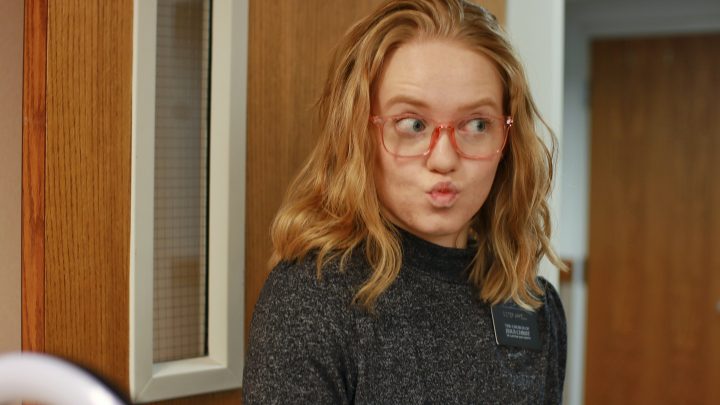 Hi all! This week was a little crazy! The Buffalo New York area had a HUGE snowstorm.  One of the cities only 30 minutes away got 6 FEET OF SNOW in 2 days. We only got about 10 inches in Lockport but we were snowed in for the weekend because the roads were so bad. Made for a lot of virtual finding and phone calls! Started to go a little crazy haha but we made it.

Kudos to the missionaries who served during covid! That would take a certain kind of person. Grateful for the work they did! Church was canceled because of the snow so we had a mini zone devotional over Zoom to get some sort of church. 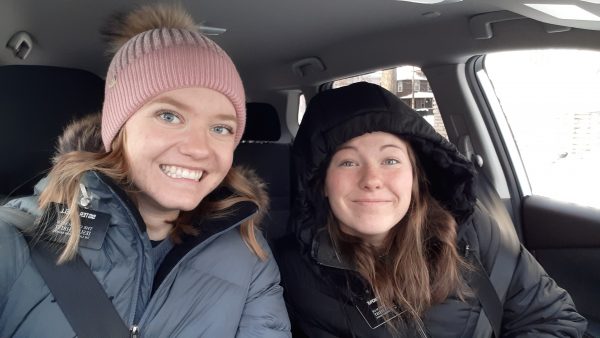 Our friend, Ernest, is doing great! We’ve called him random times throughout the week to read the Book of Mormon with him & it has really helped him progress. It’s so cool to see! His baptism is going to be pushed back even further though because his work schedule is getting really crazy for the holiday season. We’re only gonna be able to meet on Sundays! Pray that he’ll be able to keep his momentum.
Got transfer news today! I GET TO STAY IN LOCKPORT again!! Sis McPhie and I are still companions which will be good. Starting my 2nd to last transfer which is blowing my mind. I’m gonna finish strong! This work is the best ever.

Short email for today but not much happened! Looking forward to Thanksgiving!!!  I’m so beyond grateful for my life & all the blessings God has given me. I feel so blessed. When we turn our lives over to God, He truly does pour out blessings. It’s always a win-win when we follow Him! 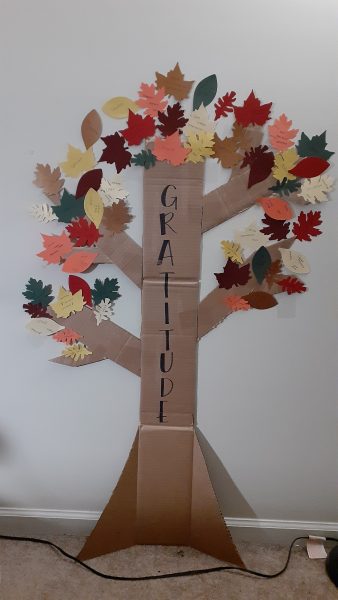 Last Monday we had dinner with an amigo of ours. He made us an asado. I’ll add a picture. Anyway, it was super funny because we were sitting at his table while he was preparing it and he pulled out this massive slab of meat and slammed it on the counter. Then he grabbed a PITCHFORK and started stabbing the meat onto it. But the funniest part, was the whole time this was happening, the song “Angels We Have Heard On High” by David Archuleta was playing. 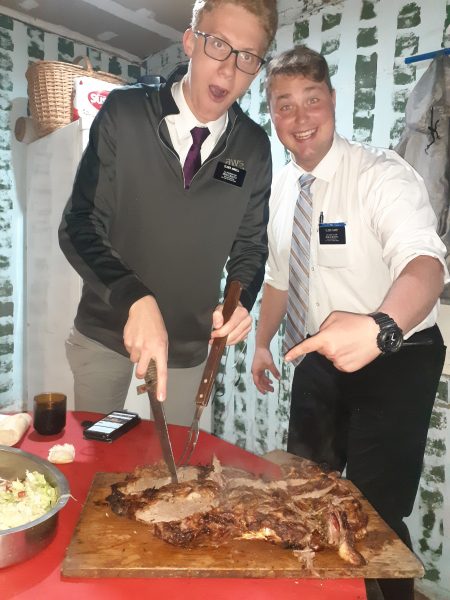 When he had finished stabbing the meat he raised the pitchfork up with one had to see if he had did it right, right when the song hit..”Glooooooooooria.” It’s hard to explain but it was hilarious, my comp and I couldn’t stop laughing. It was then that I decided to just start enjoying it here. So this whole week, I made a conscious effort to just enjoy it. It wasn’t always easy, but life is so much better when you’re happy. 2 Nephi 2:25. We are here to have JOY!
On Saturday we had a really good lesson with a friend named Marcelo. He was telling us how the people that live above him practice dark voodoo magic or something like that and he can feel it and he can’t sleep at night. I was prompted to ask him if we could bless his house. He said yes so I did. Then we had a really good conversation about the power of God and the influence of the Holy Ghost. I invited him to be baptized but he was still unsure. Gosh dang it, it is exactly what he needs in his life right now.
During the whole lesson, my Spanish was GOING OFF. I felt I could basically say anything I wanted to. And at some points the words just came out without me having to think. It was cool. 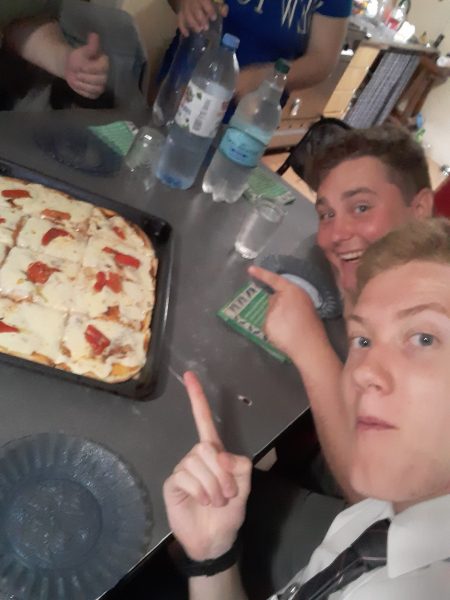 Today is the last day of my first transfer! Don’t know how to explain it but I feel like I’ve been here for at least 87 years but also it feels like I got here like 1 week ago. Weird. I’m staying in my area, Jorge Newbery, but I’m getting a new comp, Elder Baldares. He is from Argentina so naturally he doesn’t speak English. But I’m excited because my Spanish is going to improve A LOT. I just hope he likes to work. Because I need to learn how to do that better.
Spiritual Thought: Have Faith!! I was reading the story of Alma and Amulek this week in the Book of Mormon and i think 4 times it said, “According to our faith which is in Christ.” When the said that, their bands we loosed from their wrists, the prison fell down, and they were freed from captivity. The Alma used the same phrase when healing Zeezrom.
Faith is one of the most powerful things in the universe! Joseph Smith said that NOTHING in the universe is not subject to the POWER of faith. When we have faith, we can be liberated from any hard time we go through. We cause Christ is always there, but in order for him to help us, we need to use our agency to have faith! God is good guys. Always remember that.
What Do You Love Most About Being Active in The Church of Jesus Christ of Latter-day Saints?
← Previous
A Flood of Covenant-Keeping Latter-day Saint Women Who Follow The Prophet Are Standing for Truth on Social Media
Next →
0 shares