One Of My Most Embarrassing Moments and the Welcoming Pig 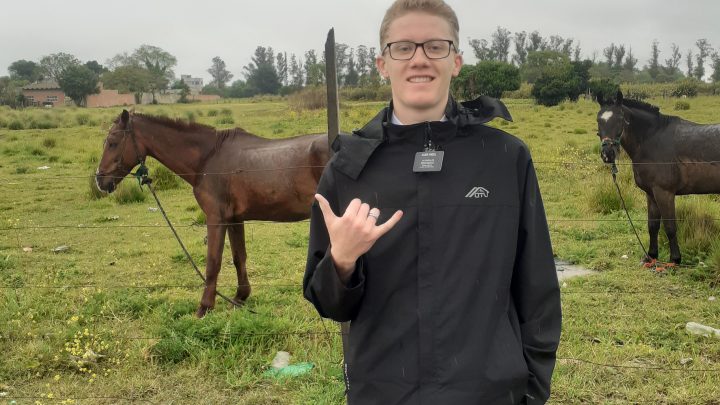 Hey hey!! Got to go to the temple with a new member today so our P-day got moved. Tt was a beautiful experience! We did baptisms and confirmations for so many of her family members who have passed on. Now she won’t be the only member of the Church in her family!

Zone conference happened on Thursday! I cherish those meetings when I get to be with a lot of other missionaries. It’s so fulfilling!! So so grateful. I learned a lot. We focused on lot on covenants & why baptism is so important. I got super excited to invite everyone to be baptized!! When you make that first promise with God, you are literally BOUND TO HIM and He will never stop reaching out to you. Highly recommend reading this article from President Nelson about covenants-> The Everlasting Covenant

And I got to see one of my favorite people, Sis Aston!! So grateful God put her in my life. She’s one of my best friends!!  Also saw Sister Gillette. We came out together & she’s awesome! One of the senior missionaries can never tell us apart so he had to take a pic of us to refer to so he can remember who is who haha. We do kinda look similar!

We had exchanges with Sister T and Sister Chartier. Wow that was hands down one of my fav exchanges of my whole mission. I LOVE those Sisters so much. I’ve really felt my heart grow as I’ve been a sister training leader. Each Sister has their own stories of how they got on a mission, different things they’re dealing with from back home, and many more. I love just getting to know them on a personal level. It’s a JOY! But because of this exchange, I officially have a story to tell when people ask me what my most embarrassing moment is I don’t know if I can type it all out haha (if you want the video we filmed of us telling the story, let me know and I’ll send it to you) but basically everyone woke up in the middle of the night to me praying out loud. They thought they had accidentally slept through the alarm so they all got on their knees. (Every morning at 6:31am each companionship in our mission kneels & prays for some specific things to help us all be unified so they thought I was doing that) Sister McPhie got up and proceeded to use the bathroom and then we all started to get ready to plan out our day. Then they asked me if the alarm even went off because none of them had heard it. I totally thought it had but then I looked at the time on my phone & it was literally 1:56 IN THE MORNING. Man I felt so embarrassed haha but we couldn’t stop laughing about it. And I’m even kinda giggling typing this out. Made for a good memory  so we all went back to bed for another glorious 4 1/2 hours haha.

We had a few miracles this week!! One of them being an inactive member reaching out & saying she wants to come back  we got so happy & thanked Heavenly Father when we saw that text message! The Atonement of Jesus Christ is REAL & He is ready with open arms to receive anyone who turns to Him & lets Him be a part of their life!

We had a church tour with two new friends. They both went well! Lots of sickness going around so they weren’t able to attend sacrament meeting but hopefully next week.  Pray for them!

Transfers are a week from today. I really don’t want to leave Lockport. But I feel like I am. We’ll see what is in store!

Keep your head up! Even when times are tough, there is still JOY :)) don’t forget it!

This week was pretty good for me. Saw some amazing miracles. Had some cool experiences that I’d never had if I hadn’t come out on a mission. We went to visit this person to give her a lesson but she wasn’t home. Her boyfriend was though. He brought us inside. He told us to be careful because he had a pig inside his house but we thought he was joking jaja. He wasn’t. We step inside and a big old pig comes running up to us and starts sniffing us and all that good stuff. It was really funny. I had a hard time believing it. But oh well.
We went to go visit this other dude to teach him a lesson and we started talking to him. I invited him to church after a while he just said, “No no no no. Sunday is the day for soccer. For me, soccer is sacred. Soccer is sacred.”  I’m gonna have to get used to it because, well, I’m in Argentina. But I looked up some scriptures for when that happens again so now I’m set. Commandment #1 of the 10 commandments for example… 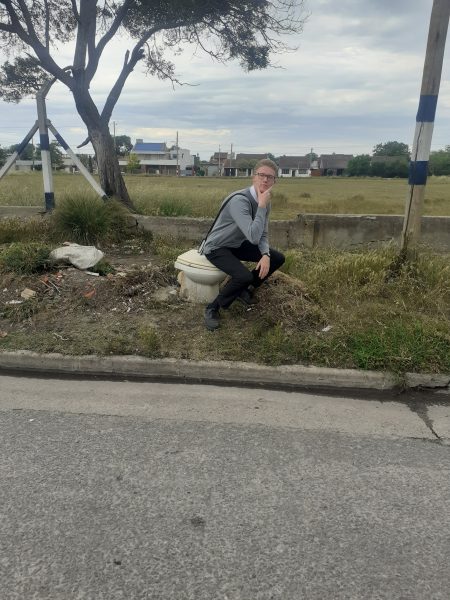 But yeah soccer is crazy down here. My first day in Argentine I saw a sign that said, “Maradona. Un nuevo Dios. Mejor hecho.” (English: Maradona. A new god. Better made.) Maradona is a really good Argentine soccer player that died. I’m 100% serious when I say they legit have a Maradonian church here where they worship him. Crazy.
I hit my 1 month mark in Argentina this week! It has gone by quick, but also feels like ages ago that I arrived here. Weirdly enough.
Anyway, now for a miracle…So we have this friend who we put on date a couple weeks ago for the 26th of November. But he was still a bit hesitant about getting baptized because he wanted to know everything before being baptized.  He wanted to get baptized in January after he got back from a month long trip.  He wanted to talk to his brothers and family about it before he was baptized. But you know how that goes. If he stops seeing missionaries for 1 and a half months and is with people that don’t like the church…not good.
We’d tried talking to him about it before but it had never seemed to changed his mind. So Wednesday came and we had a lesson with him later that night. So I proposed a fast. We fasted all day that he would have a change of heart and that the spirit would guide us and then at 8 pm we headed over to his house. Boy that lesson was awesome. The spirit was so strong and my spanish was wayyyyy better than usual. I felt the spirit literally telling me what to say. Including an analogy that I had never thought of before that I think helped him a lot. So after I told him the analogy, I felt to extend the baptismal invitation again so I did. And he said Yes! He was enthusiastic about it too! WHAT A MIRACLE. God can really change hearts and he is watching over us every step of the way.
This week was honestly kind of rough mentally. I was in my head a lot and I just couldn’t get out of it. Some of the days I just wasn’t there, wanting to be home and all that, but something I have realized is that I need to wait on the Lord. Submit to His will and His timing. If everything was easy I wouldn’t be able to learn. One day I will be kneeling at His feet thanking Him for these challenges. Hard times come because God loves us. As we learn in Ether 6:8 “The wind did never cease to blow toward the promised land.” Proverbs 3:5-6 “Trust in the Lord with all thine heart; and lean not unto thine own understanding. In all thy ways acknowledge him, and he shall direct thy paths.”
God and Christ are with us every step of the way. Look and you will see. As a representative of Christ, I promise that if you strive everyday to use the Atonement of Jesus Christ to overcome every obstacle, every challenge, every pain that you experience, you will be made stronger and you burdens will be made light. Because through Christ, ALL THINGS ARE POSSIBLE. Christ isn’t the light at the end of the tunnel. He is the light that is walking right beside you every step you take in the darkness.
I want y’all to know that I am out here because I want to serve my God who in reality I can never repay. I know this church is true. No doubt in my mind. Christ is the head of this church. He is as real as the screen you are using to read this email. My testimony has grown so much of Him over these past few weeks.
Love y’all and miss y’all! And as always, feel free to write!
Elder Arkell –

Why Did Moroni Quote from the Book of Joel?
← Previous
What Do You Love Most About Being Active in The Church of Jesus Christ of Latter-day Saints?
Next →
0 shares