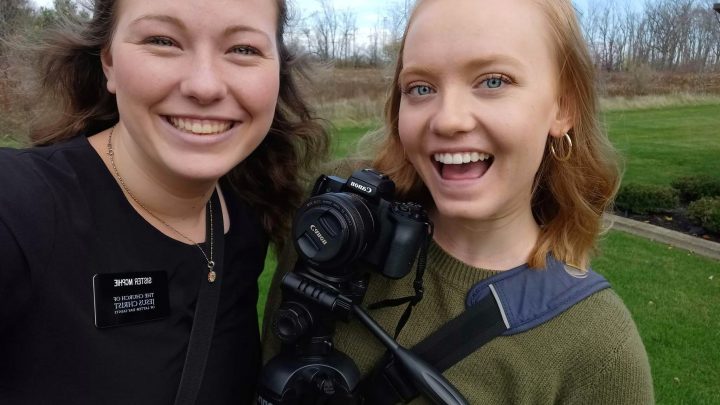 What a heavenly week!! First off, it has been in the 70⁰s and 80⁰s this week and I am so happy about it. It’s called an Indian Summer apparently and it is SO NICE!!! Haven’t been wearing jackets or boots and I’m just thriving. Soaking it all up before it starts snowing soon
Halloween night we had a mission wide Zoom! Sister Gentry taught us how to make her chocolate chip cookies. It was so much fun! I really lucked out in the mission leaders department. I know I say it often but I seriously couldn’t have asked for better! SO BLESSED to be serving in the New York Syracuse Mission.

TIME FOR TWO MIRACLES!
First, a couple weeks ago, we got an online referral from a man named Steven. We called him & stopped by his address but weren’t able to get ahold of him. About a week ago we got a call from him!! He called us from the number we put on the pass along card that we put in his door! I can count on 1 hand how many times that has happened on my mission haha. We ended up stopping by his house again because he told us his door is around back, set up a time to call, and we had a lesson on Friday. We set some really good expectations with him & he wants to work towards baptism!! He has been so prepared & is so ready to learn. He wants to have 3 lessons a week, woohoo! We’re having a church tour with him tomorrow afternoon. Can’t wait!
Second, our new friend Mr. Z! We met with his family last week but he is really the only one we felt was sincerely interested. He lives in his own apartment so we had a lesson with him & his girlfriend came over too! Our lesson was SO COOL. To be honest, there are plenty of times when I feel super inadequate as a missionary because I often don’t really know what to say or how to answer questions. But we did our best with Zachary and the Spirit was there to carry the message to him, even with our imperfect teaching. He told us that once he finds out the Book of Mormon is true, he’ll join the Church. I got so fired up when he said that! Because I KNOW he will find out it’s true. Can’t wait to see how Zachary progresses!! It’s a miracle we met him and his heart has been prepared. He is genuinely seeking truth & it’s amazing to see.
One of the most rewarding moments of my mission happened yesterday during church. Crystal got up to bear her testimony!!!  This lady has totally changed my life. If I only met her on my mission, it would be worth it. She bore her testimony of the peace & happiness she’s had in her life since we met her and shared the gospel with her. I can’t really describe the immense love I felt for her but it was overwhelming. She was being so prepared by God her entire life for this moment right now to accept the fulness of the gospel. I absolutely love being in the front row seat to see His hand everywhere!!
Bottom line is, I absolutely love being a missionary. The good FAR outweighs the bad. It’s all about what you focus on. Focus on the good & the good gets better! I hit 14 months yesterday & at this point, time is seriously flying. Part of me never wants to leave! I have learned priceless lessons that I never want to forget. I have learned how to listen to the Holy Ghost better & to know when He is speaking to me. I KNOW this is God’s work!! So blessed that He trusts me to help Him out. Joy joy joy all around!!!

!Hola a todos! Espero que vosotros estáis teniendo un gran vida allá en Utah. Esta semana fue sinceramente más o menos. No muy malo no muy bueno.
But I do have a miracle I want to share… On Tuesday we were at the church watching a training on the computer and the power went out so we prayed of course and then went into the chapel to play some hymns and watch some conference talks to wait for it to come back on. After about 15 minutes of that, we decided to call some people. We called this one lady name Cira who we found on the street. She has a ton of faith and has definitely been prepared to hear our message. But we hadn’t been able to get ahold of her for 2 weeks.
We probably would have given up on her by then but we hadn’t because when we were talking to here on the street the spirit told me “If you keep trying with her, she will be baptized.” Anyway, so we called her and she picked up and we were able to set up a lesson! If the lights hadn’t gone out, we wouldn’t have been calling people and we wouldn’t have been able to talk with Cira. God works in mysterious ways. And get this, while we were in the middle of talking with her, the lights came back on! Vamos! 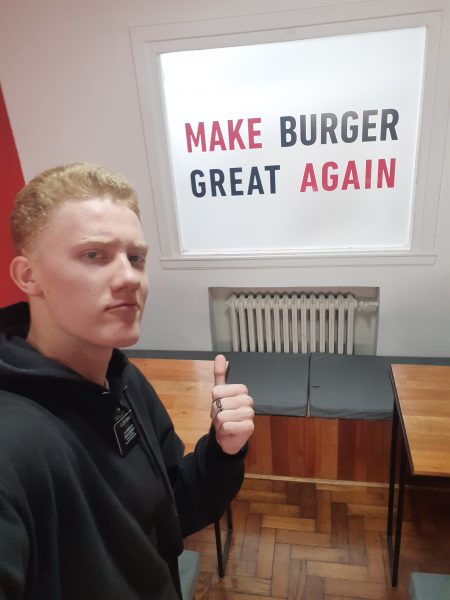 Someone named Shane Littlefield came to our mission this week to give us some training. He basically told us “yalls are not doing very good, shape up.” Then he told us how to become better missionaries and how to work with the members. It motivated me a lot actually. Also, at this conference they gave us breakfast and lunch and the food was soooooo good. Boy I love food. Especially when I don’t have to make it. Shout out to my mom. Love you mom.
A ton of missionaries came to Mar del Plata from all over the mission so I was able to see Elder Bjerregaard and Elder Cartwright, my CCM comp and one of the other elders from my district. It was great! Elder Bjerregaard slept at my house for a night so that was sweet.
My Spanish is improving a lot. I can’t wait until I’m fluent so I can actually follow the spirit and saw the words that come to my head. Right now I feel like a robot just saying the memorized stuff and I don’t like it. Anyways… it’ll come. God’s on my side.
Honestly, one of the things that bugs me the most about being a missionary and you go to contact people and you walk up to them and they say… “I already have my own church.” ¿Que mi importa? Solamente estoy tratando cambiar y mejorar su vida. One lady yesterday literally was like “Sorry I already go to the church…(5 second pause while she tried to think of the name of her church she apparently “goes to”) evangelio.” But I’ve just started to except it because it’s gonna happen, everyone has their agency.
Spiritual Thought…
1 Nephi 10:6 – “Wherefore, all mankind were in a lost and in a fallen state, and ever would be save they should rely on this Redeemer.”
Rely on Christ! With his help you can overcome anything! He has you engraven in his hands. He loves you infinitely. Faith in Christ is the most powerful thing we can have in this life. Joseph Smith said that nothing in the universe isn’t subject to the power of faith. I invite you all to increase your faith in Christ. Repent every day. Rely on Him.
Love yall and miss yall. Feel free to write! It makes my week!
What Can Make Our Prophets, Our Scriptures, and Our Temples Useless
← Previous
Why Did Moroni Quote from the Book of Joel?
Next →

"God’s on my side." A BGO* just flashed through my mind. And think, Elder Arkell, you are on God's side! *Blinding Glimpse of the Obvious"