Stake Conference, Miracles, and the CIA 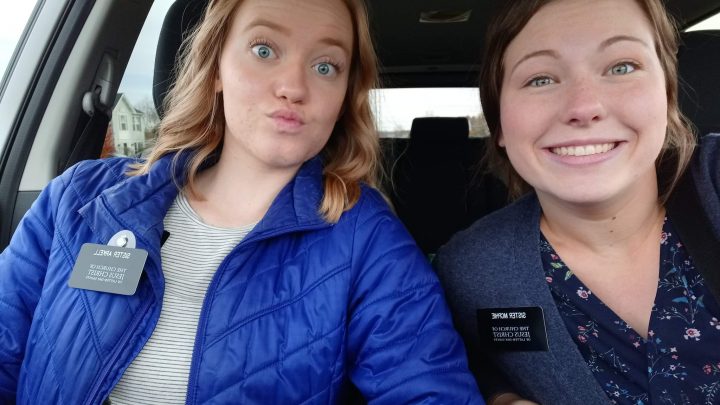 This week was pretty good! We had stake conference & it was so uplifting. There is something SO SPECIAL about being gathered with so many Saints. Such a good feeling! I was able to perform a musical number for the general session. It was a bit nerve-wracking because they had someone speak before me about the song so I felt a lot of pressure! But I feel like it went well. I’m just so grateful I can use my talents to glorify God and help others feel the Spirit.
The stake choir did a beautiful job, too! Their closing number was the medley of “As Sisters in Zion/Army of Helaman”. They invited any youth or missionaries to join so I went up! It was such a beautiful spiritual experience to be singing that AS A MISSIONARY. I don’t ever want to not be a full-time missionary when I have experiences like that. So so amazing!! 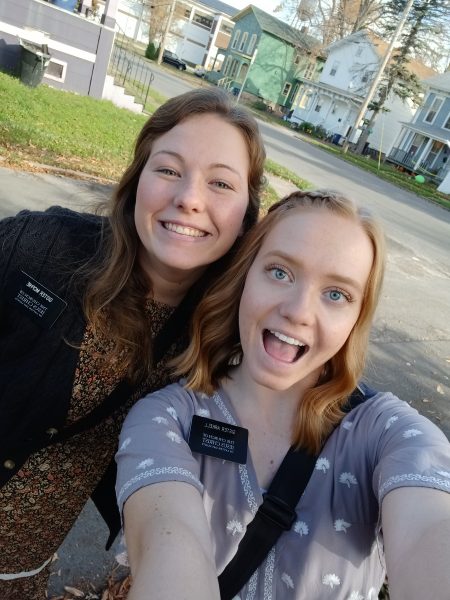 We had a first lesson with the most elect 13 year old I’ve ever met!! He has such a strong faith in God. We were knocking doors and met his mom. Then we came back a week later and she told us her son was really interested. So we started talking with him and he wants to learn more! He’s so so cool!!! Gonna get this boy on a mission! And get his family sealed in the temple! We are so excited about it!
We had a ward party on Friday and lots of people showed up! I love this ward!! Everyone loves each other so much and it’s really cool to see. Got to hand out candy for the trunk or treat 🙂 it was a party!
I love you all!! What a wild experience missions are! Gotta love it! Have the best week ever! – Sister Arkell
*Something I’ll add as an editor’s note as her father, I received a text on Sunday morning from an old friend I grew up with in Massachusetts. She said, “Hey I just moved to the Buffalo Stake and I’m in Stake Conference and they just said that a Sister Arkell is performing a special musical number, do you have a daughter on a mission?” I happily claimed Sara as my daughter and asked my friend to go up and give her a hug from me. When Sara called me on Monday she was able to report that my friend had come up and talked to her, given her a hug, and they chatted for about 5 minutes. That made all of us so happy! God is good. – Ben

¡Hola! ¿Todo en orden? This week was a great week, honestly went by so fast but when I think about last P-day it feels like ages ago. A lot of awesome things happened this week though. I’ve been praying to see God’s hand every day and I without a doubt have seen God’s hand many times.
OK so on Wednesday we had a lunch with a member who live kinda far away so we usually take the cole (bus). This bus leaves every 30 minuets but we missed the bus at 12:30 so we went to the store and bought some milk and other things to wait for the next bus at 1. But…we missed that one too. But this time we were very much annoyed. We just wanted food. So we ended up catching the bus at 1:30 and finally got to the members house. The lady usually has a take home meal) but today no, it was a sit down meal and it was actually very good. After we ate we left in a hurry because we had another bus to catch to take us to Sierra de los Padres, another place in our area 30 minutes away where all the rich people live. We were going to go teach a Muslim family! Anyway, as we were walking  to the bus stop and the bus got there early so we missed that one too. That’s three busses we missed! So we started walking back to our house in not very good moods, and this lady ran up to us and started crying and telling us about her life and how her daughter had died 5 years ago and she was just asking us about God. We were able to tell her a few things and set up an appointment to talk again!  This was a miracle! If we hadn’t missed 3 busses, if the lady hadn’t given us a sit down lunch instead of a take home, we would never have met this wonderful lady. God’s hand is everywhere! All you have to do is look for it. 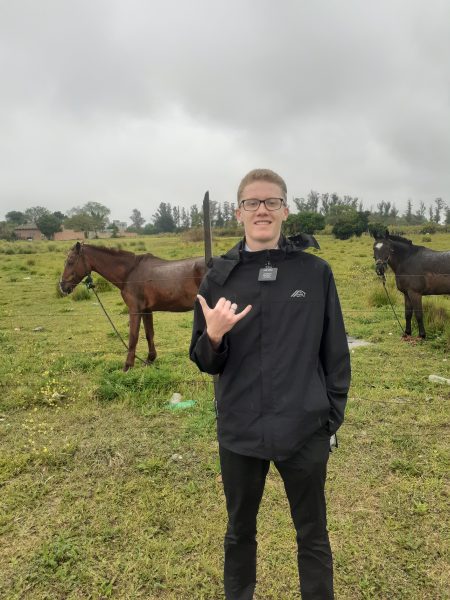 On Friday I went on exchanges with Elder Williams and it was awesome! We were able to give some good lessons and find some new people to teach! We knocked on this one door and this shirtless, probably drunk, dude opened the door. He started rambling to us and then went back inside to grab something. He came our and showed us his ID and my comp was just looking through it saying “yup” “uh huh”. I had no idea what was going on. When we left Elder Williams told me that the dude thought we were the CIA and that he was saying stuff like, “If you hurt me, the same thing will happen to you. If you kill me, you’ll die too.” Jajaja It reminds me of Abinadi honestly.
One more miracle… So yesterday we were going around visiting some people and we were walking down this one street and two guys sitting under a tree call us over. One was completely drunk and the other had a cigarette in his hand. This dude’s name was Nelson. He starting talking to us about how he hated his addiction to alcohol and smoking and that he was a bad person and he wanted to change really bad. We gave him a little pass along card of Jesus Christ and he starting crying. He kept kissing the picture and holding it to his heart. And then he started bearing HIS testimony to US about how Christ died for our sins and how Christ loves him no matter what. I legit started crying. It was cool to see this dude share his testimony with us. But what he was saying is 100% true. God and Christ love every single person perfectly. 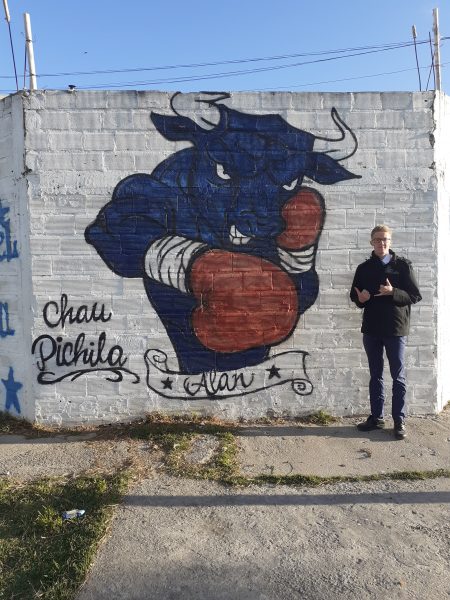 Anyway, hope y’all had a good week! Happy Halloween! Email me anytime!
Elder Arkell Arrives in Argentina
← Previous
What Can Make Our Prophets, Our Scriptures, and Our Temples Useless
Next →
0 shares