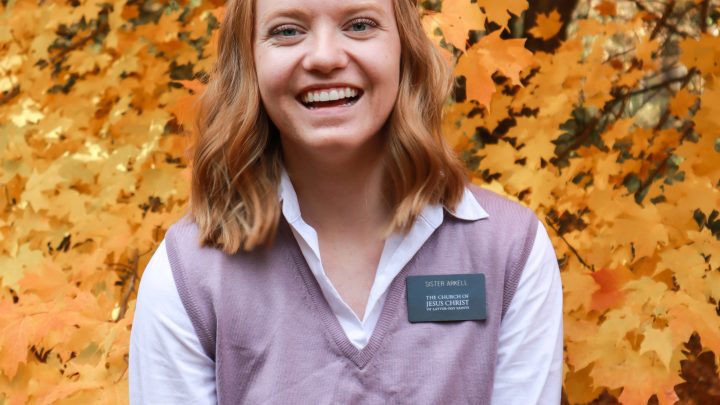 Hola amigos!! Channeling my inner younger brother who is on a mission in Argentina right now with the español. This week flew by oh my goodness! And crazy things happened!
Time for a =MIRACLE ALERT. On Saturday night, we were out knocking doors. We were in a sketchier part of town and it was getting dark so we made our way back to our car. I unlocked the doors to the car & for some reason I just stayed outside and didn’t get in. I got the strongest feeling that our work wasn’t finished on that street yet. It was the weirdest feeling because I just felt like we still needed to do something there but didn’t know what. After standing outside for about a minute, house number 267 stuck out to me & I felt like we needed to knock it. 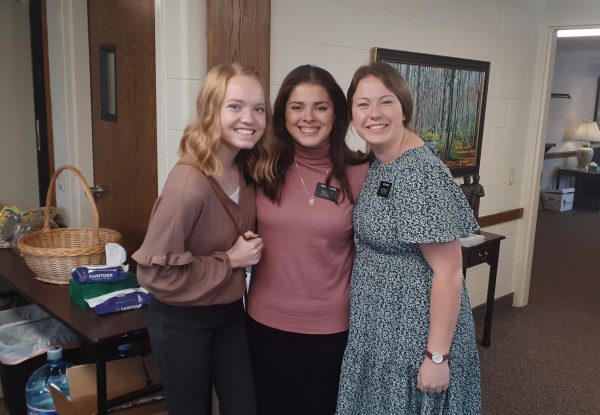 We knocked twice and no one answered. We put a pass along card in the door but for some reason, I felt like something was literally keeping my feet on the porch and not letting me leave. After a little bit, we heard someone starting to open the door!! A young man, probably in his 20s, answered the door & wanted to hear a message about Jesus Christ  We gave him a pamphlet about the Restoration, got his phone number, invited him to church, and set up a lesson for this Saturday. It was such a miracle! He was AWESOME!!! I walked away so happy!
That is the mark of a successful missionary – when you can feel the Spirit working through you. It isn’t how many baptisms you’ve had, or the amount of people you’re teaching. It’s such an amazing feeling when you feel the Spirit totally guide you!
We had interviews with President Gentry this week. I love him so much! I am so grateful for leaders who support me. He’s truly so incredible! Him & his wife both!
Our ward’s Primary program was on Sunday 🙂 I felt the Spirit super strongly. It’s so amazing to see the children singing & testifying of Jesus Christ. So precious! I cannot wait to have a family & raise my children to know that Jesus Christ loves them and that God has a plan for them. Eek gonna be so fun!
Sister Holden got emergency transferred today…super super weird! She is staying in the mission but apparently God needs her in a different area. So I’m back in a duo again! Missions are so crazy! So many unexpected things happen  Quite the rollercoaster! I am so grateful to know that God knows best though so I never get too anxious about anything! 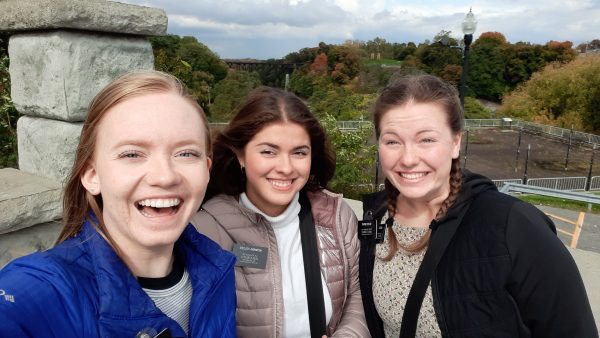 This week we have stake conference & I get to play a musical number! Wish me luck!! Love y’all!

Cómo andan todos! Todo tranqui? Bueno, bueno, me alegra. As you can probably tell, I’ve gotten really good st Spanish greetings.
This week has been really cool, busy, tiring, and all of the above but I guess that comes with being a missionary. I’m definitely doing better than I was the first few days I got here, but it’s still a bit tough out here. I’m enjoying it more and more everyday. As I said, this week has been pretty busy and full of stuff worthy of writing in my email so hope y’all are ready to read.
Tuesday – We had our first lesson with this lady named Cira who we met on the street. What’s cool is that while we (really just my comp) was talking to her the spirit told me that if we didn’t give up on her, she would be baptized. Our first lesson went great! She has definitely been prepared to here the gospel because she was super open to everything that we were teaching. During the lesson I quoted the first vision and I almost starting crying because the spirit was so strong. I could tell she was about to cry to. Either she felt the spirit or my Spanish is just really bad. But anyway, we invited her to be baptized and she said she would if she received an answer about the Book or Mormon and the church. Vamos!
Wednesday –  Went on my first division! My comp is Zone Leader so I’ll be doing a lot of those. I spent the day with Elder MacArthur, who is also still in training ski was a bit nervous. But it went good! We found 3 new people to teach.
Thursday – Only thing that happened today that is worth of writing in here is that we were walking down the street and some dude in q Curry jersey was doing high knees down the raid holding a 1 pound weight in his hand. Thought it was pretty funny. He stopped and talked to us and he went of about how bad the people in Argentina are. He kept saying “manzanas malas.” (Bad apples)
Friday – We had another really good lesson with this lady named Mary. She is going through a really hard time right now. She is recently divorced and some of her kids want to go live with the dad instead of her. She doesn’t now how she is gonna feed the family and stuff like that. She started crying when she was telling us all of this which I think was good because it brought the spirit. We taught here the Restoration which was pretty cool. The spirit was soooo strong. Then we gave her a priesthood blessing and I was prompted to bear my testimony and tell her how much God loves her. So I did. I hope it did something. I hope she will remember the spirit that was there make the right fracaso and be baptized! But what’s more important is that she comes unto Christ. Cause if she does that, she’ll be baptized.
Saturday – OK so there is this dude name Thiago and he is 15 years old. He has been coming to church for a year and the previous missionaries I the mission haven’t taught him anything but he decided he wanted to be baptized. He had his baptism planned for Oct 23rd, one day away so Elder Carey and I had to teach him all 5 PMG lessons in 1 hour. Kinda fun to be honest.
Then later that night we went to a sports night at the church with the ward. Our ward is awesome! I suck at soccer though. It let 2 goals in. And they were 10 year old’s that scored on me. (Zach Kauffman, my apologies.) I’m a beast at ping-pong here though. Being in Argentina has somehow amplified my skill. 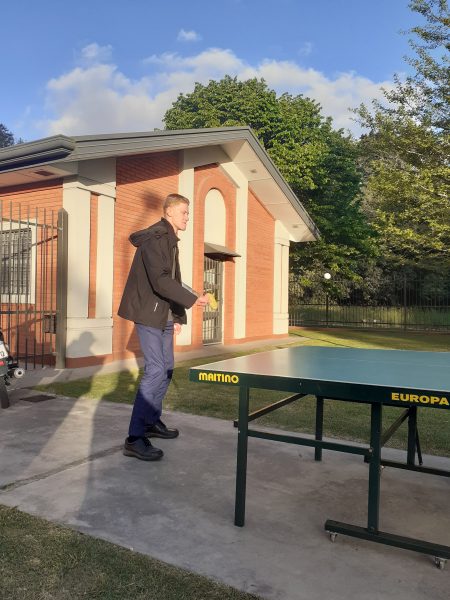 We taught a lesson at night to this dude name Marcelo. He went off about US politics. He showed us a video too about how US Visas are being delayed stuff like that. It was hilarious. He came to church the next day though so vamos!
Sunday – Thiago’s baptism was supposed to be right after church but guess who forgot to fill the font up? Elder Carey and I. So it had to be postponed until 6. OOPS. Buy the baptism was really good, he was really happy and he never stopped smiling. We went to a members house for lunch, and let me tell ya, that dude can cooook. 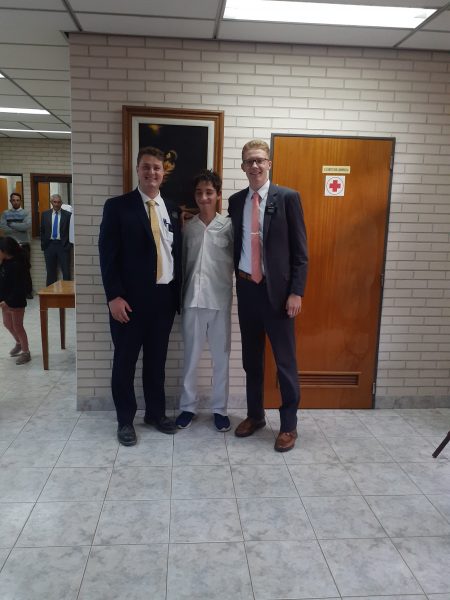 He gave us some mashed potatoes with boiled eggs and peas in them, those were. The he made us some beef along with fried veggies. But here’s the catch, he put fried eggs on top of the beef that were fried to PERFECTION. O my goodness it was so good. Best food in Argentina so far. I’ll put a picture of it down below. He also gave us cow to eat so that was cool. It wasn’t actually that bad though. It was weird, but not bad. 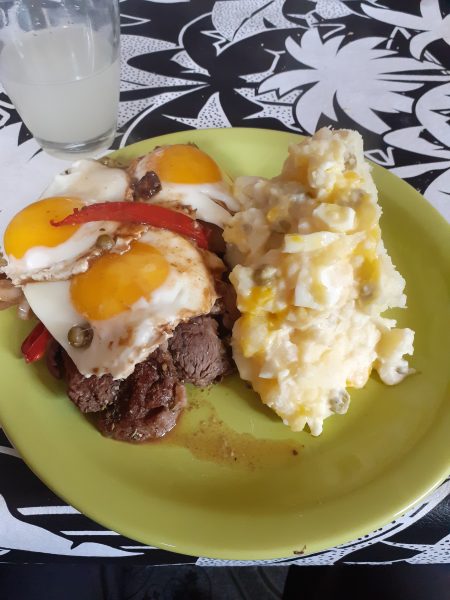 Anyway, sorry for the essay. But I want to finish with a spiritual thought. It comes from Mormon 5:23. “Know ye not that ye are in the hands of God?” We are in the hands of an all-powerful being who loves us infinitely. He will never let anything happen to us that isn’t for our benefit. I’ve had to keep reminding myself that this past week during the hard times. And I have felt his strength grow in my life over this past week.
Anyway, feel free to write me an email or something. I love getting emails! Praying for y’all and wishing y’all the best 2 years!
Sara's New Companion and Evan's Arrival in Argentina
← Previous
Stake Conference, Miracles, and the CIA
Next →
0 shares