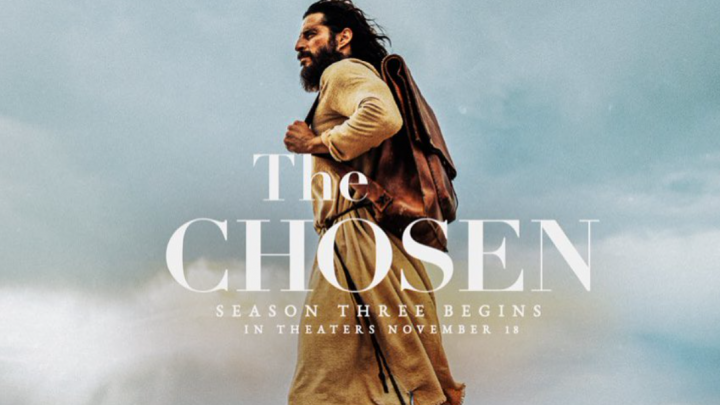 Season 3 of The Chosen kicks off in theaters on November 18th with the first two episodes dropping that day. The trailer for Season 3 hit the #1 trending spot on YouTube and had close to 1 million views in less than two days.

Here are ten things you’ll want to know about The Chosen Season 3.

Where Will Season 3 Begin?

Dallas Jenkins, director of The Chosen, gave us the answer in the Season 3 trailer description. He said, “Season Three picks up where Season Two left off (you should watch that season if you haven’t-—I promise Season Three will make more sense), with Jesus delivering the most famous sermon in history. What follows are the consequences of living out his teachings.”

The theme for Season 3 is from Matthew 11:28: “Come to me, you who are weary and heavy-laden, and I will give you rest.”

Buying Tickets for the Premiere

The Chosen Season 3 begins in theaters November 18th and you can buy group tickets here now or individual tickets on this page starting 10/25. You can also visit TheChosenTickets.com, FathomEvents.com, and wherever tickets are sold.

What is Dallas Jenkins’ Goal for Season 3?

“There’s going to be just a little bit more darkness in this season,” Brandon Potter, who plays Quintus in The Chosen, told The Stream’s Nancy Flory in a recent interview. “And obviously that means the hope burns brighter. … I’m proud of the things that we brought in that regard, that we get to tell as sort of a more nuanced story with a little bit more friction, a little bit more pushback, the stakes are a little bit higher.” 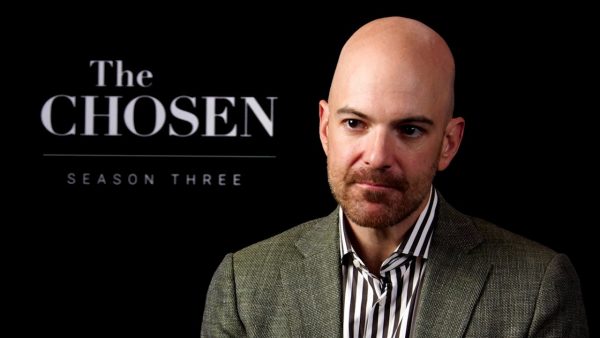 Brandon Potter, who plays Quintus in The Chosen

The Storyline of Judas

In an interview with the Deseret News, Jenkins was asked about the role that Judas will play in Season 3. He said:

“The Judas storyline is a tricky one. Not only do we need to make it compelling for the audience when they already know the tragic end, we need to answer a few questions that aren’t in the Bible.”

Jesus sends his disciples out two-by-two in this season and one of the interesting parts of Season 3 will be the pairings the writers decide on and how that will create intrigue in the script. If Peter and Matthew are together, that should make for some fireworks!

The filming of the feeding of the 5,000 according to the Dallas Jenkins, was the “hardest thing I’ve ever done” as a director. We got a brief glimpse at the result of that filming during the last episode of Season 2, and it sounds like we’ll see that again in the opening scenes of Season 3.

The Raising Of Lazarus

In the trailer for Season 3, there is a scene that shows Jesus approaching a tomb. More than likely, Season 3 will share the account of Jesus raising Lazarus from the dead which should be incredible! 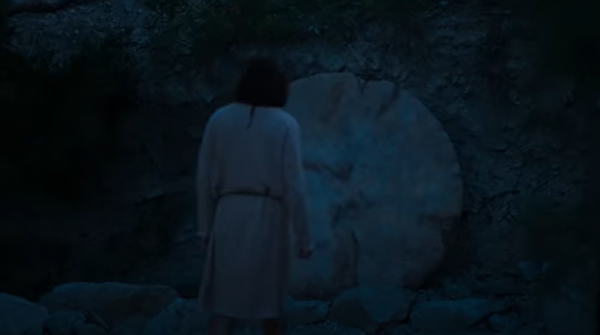 Will Jesus be visiting Lazarus’ tomb in Season 3?

An Elevation in the Role of Women

In an interview on CBN News, Elizabeth Tabish addressed the fact that in Season 3 there would be an elevation in the role of women in the storyline. “Jesus elevated women, period. It’s rooted in what he did. Care, respect, and love for women.”

Season 3 launches in THEATERS November 18 (get your info at https://www.thechosen.tv/3 ), and then comes to streaming shortly after that. If you haven’t seen Seasons 1 & 2, search “The Chosen” wherever you get your apps and on your streaming devices.

To learn more about The Chosen, you can read this article > Fascinating Viewer Reactions to “The Chosen” That Will Make You Want To Watch It Now

Watch The Chosen > on the free app.