President Nelson’s Farewell: Why Did Many Feel Like Our Prophet Was Saying Goodbye? 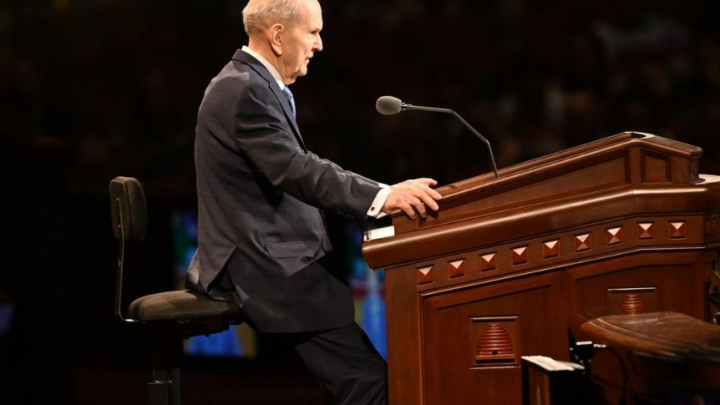 To the young adults in May, President Russell M. Nelson said, “I have stopped buying green bananas.”

During his talks in the October 2022 General Conference of The Church of Jesus Christ of Latter-day Saints, President Nelson needed a little extra support from a chair. 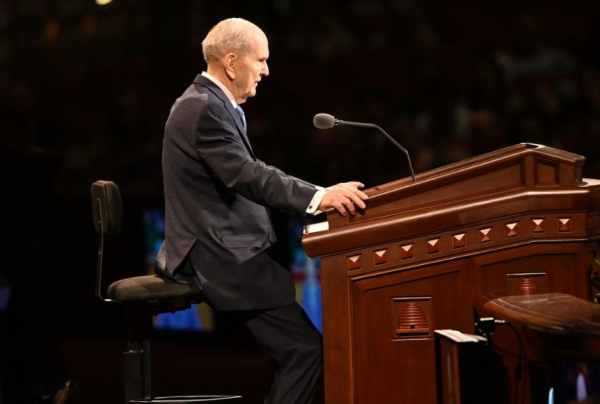 Some noticed that I sat on a chair to deliver my message this morning. What a help that was! The other day it occurred to me that I have been alive during nearly half of the number of years since The Church of Jesus Christ of Latter-day Saints was organized in 1830. That is a lot of years—even though I don’t feel old. My wife Wendy insists that she still can’t get me to act my age. But I will admit that sometimes even small adjustments—such as a chair—help those of us who “age on stage.”

In his concluding remarks in the Sunday afternoon session, President Nelson got choked up as he closed his talk saying, “I love you, may God be with you ’til we meet again.”

At that moment I was thinking to myself, “Did he just say goodbye for good?” I asked my wife if she thought he was going to die before next general conference and she said, “I didn’t want to say anything, but I felt the same thing.”

I jumped on Twitter right after the conclusion of conference and saw many messages like the one below about President Nelson’s Farewell.

why do i feel like pres nelson is saying good bye 😭

Others responded to the above tweet with the following:

One person mentioned it’s probably taboo to be talking about when someone will or won’t die, but I just thought it very interesting that so many felt the same thing as if it were President Nelson’s farewell.

Hopefully President Nelson will be with us much longer, but at the same time he has lived an incredible 98 years and death is part of the merciful plan of our creator and will surely be a great reward.

Regardless of when it is his time to go, he has left a lasting legacy and impact on this church and will leave it with some incredible spiritual momentum whenever that time comes.

My Heart Could Burst!
← Previous
President Nelson Gave You a Priesthood Blessing During General Conference
Next →

It slipped in and out of my mind, that he might not live much longer. I think I did want to believe it because I love President Russell M. Nelson so much! I have loved all of our prophets, but President Nelson has been the prophet who has pulled at my heart strings the most!!

This is his go-to phrase for ending talks. If you review his previous talks over the years he says the same thing at the end. For example, last October he ended the conference by saying:

"I love you, dear brothers and sisters. The Lord knows you and loves you. He is your Savior and your Redeemer. He leads and guides His Church. He will lead and guide you in your personal life if you will make time for Him in your life—each and every day. May God be with you until we meet again, I pray in the sacred name of Jesus Christ, amen." https://www.churchofjesuschrist.org/study/general-conference/2021/10/59nelson?lang=eng

He is and will always be our prophet. Here on earth or looking down on us. Helping us to do what is right in the sight of our heavenly Father.

President Nelson wont be here for the next conference.