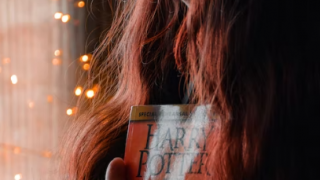 I believe almost everyone knows who Harry Potter is.

I think many people also know who J.K. Rowling is. If you don’t, she is the author of the Harry Potter series.

Rowling has come under fire for in the past for her opinions posted online regarding what a real woman is and women’s rights.

She recently retweeted someone’s comments about her, to which Rowling added her own comment which involved Joseph Smith. It’s not often that J.K. Rowling and Joseph Smith are sharing the spotlight. This is what she posted: “It’s like when Joseph Smith found the golden plates and nobody else was allowed to look at them.”

It's like when Joseph Smith found the golden plates and nobody else was allowed to look at them. pic.twitter.com/kLMkmIIgsZ

After this post, Rowling received quite a few responses letting her know that she didn’t have an accurate picture of Joseph Smith’s story. She followed up her tweet with the comment, “I’m now being told that lots of people saw the golden plates. I’m genuinely fascinated: how many people?”

Again, the Twitter missionary force did a great job of explaining to her that, in fact, the Book of Mormon contains the testimony of eleven witnesses that saw the plates and knew of their reality. This led Rowling to do some more of her digging online and she learned even more.

“I’ve just gone to look it up. Eleven people claimed to have seen the plates, some of them related to Smith, but there’s debate as to whether this was a metaphysical experience or they genuinely saw them. And one man was allowed to hold the box but not look inside it.”

Again, Rowling learned more of Joseph Smith and the witnesses, but continued to not completely understand what happened. One member responded to clarify, “Three witnesses saw an angel in vision along with the plates and the things buried with the plates while the eight witnesses saw the plates and touched them with their own hands and turned the pages etc. The Lord provided both sets of witnesses to prevent anyone saying it wasn’t physical or to dismiss the spiritual.

Some people overreacted, calling Rowling a bigot, but many others defended her, many of them Latter-day Saints. I think it was a great missionary opportunity to clear up misconceptions and help Rowling and others to understand the real history of what happened with the golden plates. I’m glad that she was willing to continue to learn about the real history of Joseph Smith and the Book of Mormon witnesses.

Many members also shared links to articles and other experiences of early saints who saw the gold plates and were witnesses of their reality.

Fun question from @jk_rowling today. Here's a brief overview of the witnesses to the gold plates. #bookofmormon #josephsmith pic.twitter.com/2nU7bgNOqL

This is a wonderful example of members of The Church of Jesus Christ of Latter-day Saints coming together to share more about our faith and clear misconceptions that many have, even if it’s about J.K. Rowling and Joseph Smith.

It also speaks to people’s willingness to find the truth and understand what the truth really is, and that is great to see!

October 2022 General Conference Rumors and Predictions: Of Talks and Temples
← Previous
My Heart Could Burst!
Next →

Mary Whitmer also saw the plates. Wonder why no one mentioned her?

They overlook the fact that Mary Whitmer was also shown the plates at the hand of Angel Moroni as a reward for taking on the care of the household and milking chores so the translation could be worked on.

I hear the three witnesses and the eleven. Can’t forget Mary Whitmer, wife of Peter Whitmer, sr, who Moroni also appeared to personally