October 2022 General Conference Rumors and Predictions: Of Talks and Temples 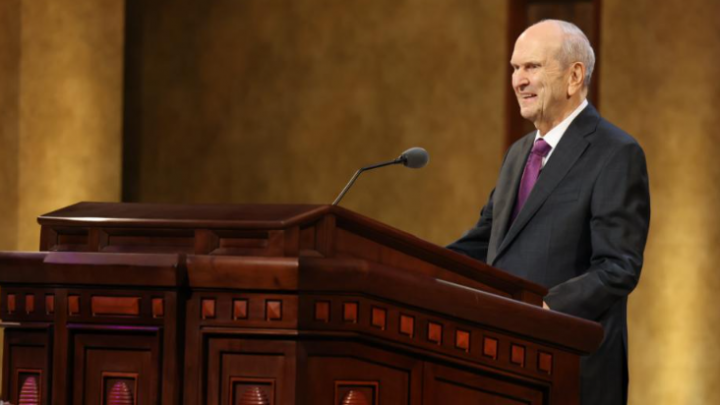 General Conference is upon us once again. It seems that each time conference rolls around I’m more excited and thirsting even more to hear the words of the living prophets and leaders of this Church, and I’m not alone! My fried Gary, and others, feel the same way!

Is it me or does General Conference, regardless of where things are in your life, always seem to be right on time? #generalconference

Some of the most popular articles I’ve written on this site have been the conference rumor articles, but I hadn’t published one of these articles in a while until I recently wrote another one before the April 2022 General Conference.

In that article, I shared some of the themes I expected to hear about during conference. To be honest I was pretty spot on. I felt like we would hear a lot about truth, the importance of prophets, how to worship God correctly (including prayer), and the importance of looking to God versus online influencers. All of those were addressed.

The only topic that wasn’t covered as directly as I thought it would be was tithing. However, I do think that will be something that is addressed heavily in October 2022.

Here are a list of topics I think we’ll see a focus on during October’s General Conference along with some projections for where temples will be announced.

More and more I hear of people who withhold their donations to the Church and instead donate to a charity of their choosing – thinking this fulfills the law of tithing. One such sel-proclaimed “Latter-day Saint’ wrote an article over a year ago titled, “Why I stopped paying tithing to the LDS Church.” They justify their actions because of the reported billions of dollars that the Church has in investments. They reason that since the Church has so much money, they don’t need any more tithing from us. 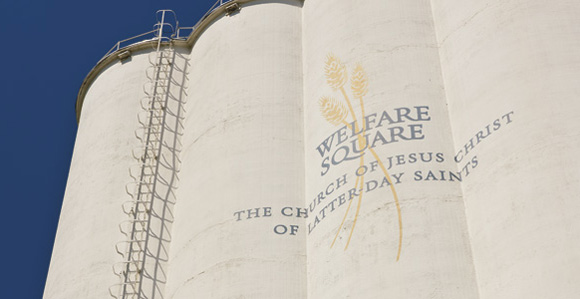 As Daniel L. Johnson stated in a 2006 General Conference talk on the law of tithing, “…the tithe is not just any freewill offering…Faithful members of the Church pay their tithing to a member of their branch presidency or ward bishopric. Under the direction of the Lord’s prophet, these funds are then gathered and used to fund the growth and development of the Church throughout the world.”

A reminder of what tithing is, what it is for, and who it is paid to would be helpful. You might enjoy this compilation on the purpose and power of tithing that we published on our YouTube channel.

In August of this year, it was announced that changes were being made to what was formally know as “tithing settlement.” The Church Newsroom announced the following:

Tithing settlement has been an annual meeting held toward the end of each year. In it, a local bishop or branch president meets with individual Latter-day Saints and families to discuss their tithes. This will now be called “tithing declaration.” The change is intended to enhance focus on the principles and blessings of tithing. Tithing declaration will be primarily a learning experience — especially for children and youth — and an opportunity for Latter-day Saints to declare their tithing faithfulness.

Tithing declaration interviews may now occur as early as September 1 to offer bishops and branch presidents additional time to meet with families and individuals.

It will be interesting to see if this topic is addressed this conference. I feel it is sorely needed.

Joseph Smith: Prophet of the Restoration

I love the focus on Jesus Christ that we’ve seen in recent general conference messages. People who claim that we worship, and only talk about Joseph Smith, have no credibility in their statements because facts don’t care about their weak attempts at sharing lies.

At the same time, I want a prophet to stand up and boldly declare to the world that Joseph Smith is the prophet of the restoration. I want them to declare this for 15 minutes straight. I want them to testify with such conviction that the foundations of hell shake. I want to hear a living prophet declare that, save Jesus only, no man has done more for the destiny of this world. I want Neal A. Maxwell to come back from the dead and stand in the Conference Center to give talks like the ones he gave in October f 1983, “Joseph the Seer” or in April of 1992, “My Servant Joseph.” In “Joseph the Seer” he stated:

Therefore, brothers and sisters, I have no hesitancy—only gladness—in declaring my everlasting admiration for Joseph, the Seer! I thank the Father for providing such a seer! I thank my Lord and Savior, Jesus Christ, for calling, directing, and tutoring Joseph!

Humbly, I give apostolic “praise to the man who communed with Jehovah,” in the name of Jesus Christ, amen!

I pray that one of our beloved prophets will testify of Joseph Smith, of his goodness, of his divine role, and of his continued mantle as prophet of the last dispensation.

Our friends over at “LDS Church Growth” do a great job every six months of publishing their predictions for where temples will be announced. They dig into some serious metrics to release their predictions and it’s a pretty fun read. I’d encourage you to go read their October 2022 Tempe Predictions post. 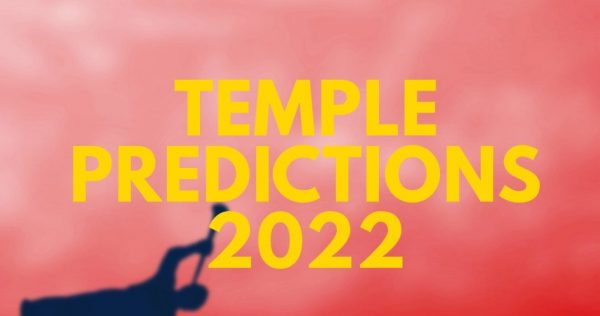 According to their analysis, the following 10 locations appear most likely to have temples announced this coming General Conference.

Those are just a few of their predictions, with a few more very intriguing ones in their temple prediction post. Again, make sure and go check that out.

You can find some interesting things if you read long enough online. Here are a few of the October general conference rumors that I was able to track down, none of which have any credibility and are all hearsay, but are nonetheless entertaining.

Co-Ed Primary/Sunday school Presidencies
BYU-Curitiba, Brazil
Unsealing of the Book of Saraiah
12, 18, 24, and 30 month mission options for males and females
Second Quorum of the 12
New Hymn book along with approval of the accordion for sacrament mtg#GeneralConferenceRumors

I know we all grew up in different circumstances, but in my case, I grew up in a home where General Conference was the top priority. We lived back east and didn’t have cable television, so my mother would have us drive 15 minutes to the chapel where we could get the satellite feed. After each session, we would drive back home to get some food, and then turn right back around.

I never missed one session of conference. As I grew older, our group of friends would use the time in between conference to go out to the church lawn and play football and walk to the convenient store in between the Saturday sessions. Interestingly enough, the first time I ever missed watching a session of General Conference was during my mission in Panama in 1998. We didn’t have any way to view it.

I would encourage you to make watching every session of General Conference your top priority. Elder Neil L. Anderson shared the following on social media, just a few days ago:

“With general conference approaching, I would like to share three suggestions to enhance your experience: 1. Be prayerful. 2. Don’t be casual about your attendance. 3. Record your impressions.”

1. Be prayerful.
2. Don’t be casual about your attendance.
3. Record your impressions.

May we make General Conference our top priority. May we have ears to hear, eyes to see, and a humble heart learn and accept true doctrine that is taught, whether they be the messages just explained or others.

Let’s leave behind the commotion and confusion, the crowds and contention, and point our tents toward the prophets and feast upon their words during General Conference.

Share Ways to Watch or Listen to General Conference Live

Maybe they will fulfill the prophets of old and say “we have tithing enough to sustain the church and no more tithing will be needed.” We shall see.

I doubt that will happen, mainly because I think church members need the blessings that come from giving tithing.

It does remind me of this announcement from the Church a few years back: "The generosity of donors has led to sufficient levels of donated funds to the Temple Patron Assistance Fund."

What about different speaces to new members, young, old members and so on? Doubtful members, strong members, etc? To non- members? To investigators? To critics. Answers to critics.

Thank you for your thoughts and insights. It occured to me that many don't know how to make a link or how to send friends, neighbors, even family one if they had it. A nice addition to your article might be some easy to share invitation links and a primer on how to share them. Just a thought.

I added some basic info at the bottom of the article. Thanks for the suggestion!

Be sure to listen to the General Conference Missionary Choir at Sat after noon session. It is comprised of MTC, young service, and Senior Service and full time missionaries. 365 voices. It will be a breathtaking and spiritual experience.

@Deborah, I was very happy to hear Tacoma, Wa. may be finally on the list for Temples. I loved in Sequim,Wa. so that would still be a stretch, but I won't complain. A temple on the Peninsula would be such a huge blessing. Thank you for your insight. Deborah

How exciting. Looking forward to it!