The Kindness Doctrine: Establishing the Church of Jesus Nice 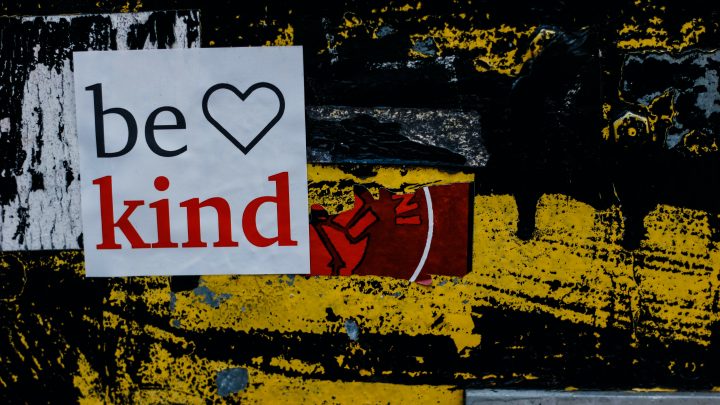 If you sent out a worldwide poll asking people to describe Mormons/Latter-day Saints in one word, the top three responses would probably be:

Still less than one percent of the worldwide population, the reality is most people have no idea who Mormons are, much less who the Latter-day Saints are and what they believe.

If they do know who we are, we are often labeled as cultists and non-Christian.

My question today is this: given our current world conditions, how proud should we be that we are the “nice” ones?

The reason for the question has everything to do with truth.

Are Latter-day Saints too nice to declare the truth and stand behind our peculiarity?

The Plague of Niceness

Nice means to be pleasing and agreeable in nature. However, in a world that is turning increasingly wicked, do we want to be agreeable?

In one sense being nice and kind is a virtue, but being nice is becoming a pretty popular vice in our day. It’s a modern-day plague that is sweeping over the world. It’s really easy as well. If someone does something that you don’t agree with, or even violates the commandments of God, to be nice all you have to do is say, “Live your truth” or “You do you.”

It’s a watered-down message that doesn’t do much but make everyone comfortable. It’s the love, love, love doctrine I wrote about here. And God never designed us to just live comfortable lives.

People speak of loving everyone as if it is something hard to do, but in our day it has really become easy. Why? Because in the minds of many being nice just means agreeing with people and not having a difference of opinion – or even mentioning that we  have an opposing opinion.

What’s harder? Loving everyone and declaring truth in a nice way. Christ wouldn’t have been crucified if He was just nice. He was killed because He was unashamed to wield the sword of truth. 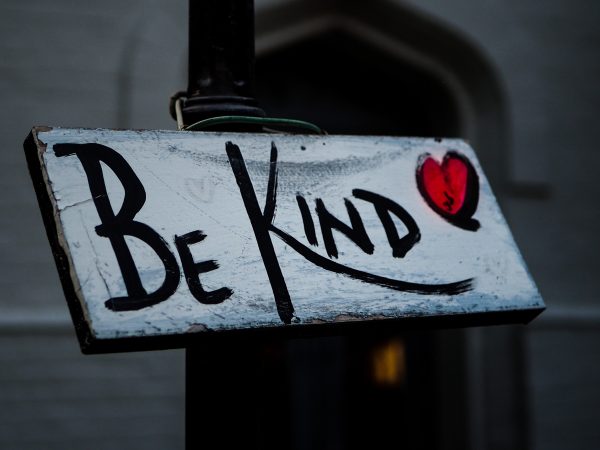 In our efforts to be good neighbors, spread love and kindness, and be empathetic to the needs and concerns of others, many of us have become soft and the truth of God has been diluted.

So, why are we diluting the truth? Because it’s easy.

But what should be be doing?

As Elder Scott D. Whiting said in a December 2020 devotional given on the campus of Brigham Young University, “…your efforts to love your fellow men and women will be the hallmark of your efforts to deepen your discipleship.”

Elder Whiting continued with a warning:

“However, I feel it important to caution you not to invert the two great commandments: the first being to “love the Lord thy God” and the second to “love thy neighbour as thyself.”

This seems to be an increasing area of confusion and misunderstanding—surely clouded by the adversary. The adversary knows that if he can invert these two great laws in our minds, then he can entice disciples from the path and dissuade others from stepping onto that path. We must be careful that in our efforts to love our neighbor we don’t begin advocating against the Lord.

Some, in their efforts to love others, feel it necessary to abandon the teachings and commandments of God or to advocate for a change of His doctrine. But to love God is to accept His teachings, commandments, and doctrine. Remember that Jesus taught, “If ye love me, keep my commandments.”

A true disciple does not try to change the Teacher, His teachings, or His laws of discipleship. Jesus warned of this when He taught, “The disciple is not above his master, nor the servant above his lord.”

The Niceness of Pilate

A tweet I found by Tanner Guzy shares a new perspective on Pilate. We of course know that Pilate was the Roman governor of Judaea who held the fate of Jesus in his hands. He asked the people who he should release, and the calls to crucify Christ were ultimately granted by Pilate, against the counsel of his wife.

If you read in Mark 15:15, the reason for, and result of, Pilate’s decision is made known:

And so Pilate, willing to content the people, released Barabbas unto them, and delivered Jesus, when he had scourged him, to be crucified.

Pilate was nothing more than a crowd-pleaser who was concerned about is future and not disrupting the status quo.

One Twitter user put it this way when explaining Pilate “he’s a conflict-avoidant nice guy. Pilate is indecision. Pilate is crowd pleasing. Pilate is cowardice. Pilate is popularity over principle. Too many of us are Pilate-like instead of Christ-like.” He then said that niceness is a false god. 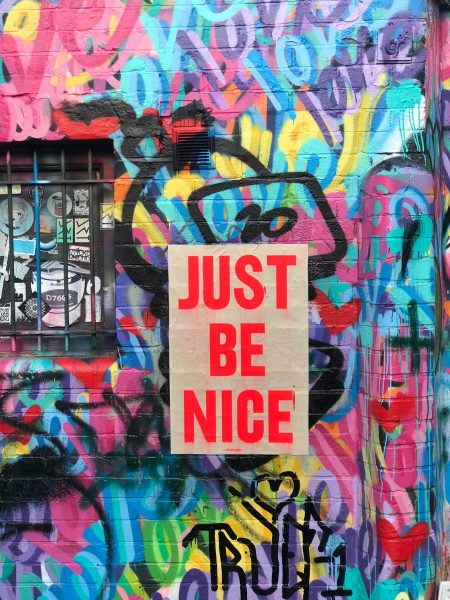 A few modern day examples of this attitude of niceness are represented in the following stories.

Preston’s gay friend found a boy he wanted to date and was looking for advice. Preston was the only one who encouraged him not to break his covenants. The rest where declaring, “Love is love.” Read the full story here. What might Christ say in that situation? “If any man will come after me, let him deny himself, and take up his cross, and follow me.” – Matthew 16:24

A friend of mine announced on social media her decision to leave the Church. Many of those who commented I knew personally, and they would consider themselves members in good standing. Their message was, “Live your truth.” That message should NEVER be a message that a covenant keeping member of the Church shares with someone who chooses to leave the fold.

It resembles the prophecy from Nephi, “Yea, and there shall be many which shall say: Eat, drink, and be merry, for tomorrow we die; and it shall be well with us.” What would Christ’s injunction be to someone who is stepping away from the fold:

And ye see that I have commanded that none of you should go away, but rather have commanded that ye should come unto me, that ye might feel and see; even so shall ye do unto the world; and whosoever breaketh this commandment suffereth himself to be led into temptation.

Additionally, members of the church are less inclined to sustain and defend the doctrines of the church on abortion, same-sex marriage, the family, and living prophets for fear of rejection and being labeled as something other than nice.

The world wants nice, we need disciples of Christ who wield the sword the truth. The world wants politically correct, we need to restore the first great command to love God. The world seeks popularity, we must be content with standing alone. We need more covenants keepers like Peter and John:

…and when they had called the apostles, and beaten them, they commanded that they should not speak in the name of Jesus, and let them go.

And they departed from the presence of the council, rejoicing that they were counted worthy to suffer shame for his name. And daily in the temple, and in every house, they ceased not to teach and preach Jesus Christ.

What do we need? We need kindness with a backbone. We need love and law. We need grace and truth. We need to love God first and then our neighbor. We need to stand for something.

I agree! And I would add, unfortunately the Church’s reaction to covid also expressed the doctrine of kindness, rather than principle, which disappointed many, who experienced us to have some higher standards. We went with the crowd, just like most religions did. Very sad story.

Amen! I’ve had so many of the same thoughts. Satan is leading us carefully down to hell with this distortion or love. Love doesn’t mean acceptance of sin.

Thanks for saying the real Truth Outloud. This has become a real problem in the Church and in politics.

Beautifully written, powerful, and spot on!!! We ALL need this right now. I’ve been one of those “too nice”. Interestingly, this is something that’s been on my mind a lot this past month. I must speak my truth, which is His truth, without worrying about what others reactions or comments might be in return.

Thank you Kathleen. We definitely need more who are willing to wield the sword of justice in defense of truth. Mind you, we can still do this in a Christlike manner, but just being nice shouldn't be our only concern. Thanks for your comment!