“I’m Not Going Anywhere”: A Tribute To Godly Men 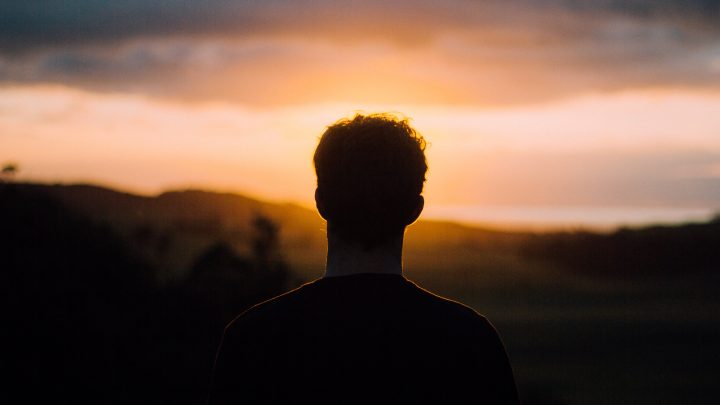 The following first appeared in Public Square Magazine and was written by Rachel Marie. It is shared here with permission.

My husband and I came from completely and entirely different childhood environments. He is the youngest son of six siblings, raised by a loving mother and father—and born into a family that belongs to The Church of Jesus Christ of Latter-day Saints. His mother is one of the most humble and meek women I’ve had the privilege of knowing, and his father is a hard-working, kind, and generous man.

I was raised in a home with a lesbian mother who also taught me important things and showed me great love. Yet I was taught by example never to let even the smallest grievances go. The intent was to “keep things from festering,” but in reality, this meant frequent contention in our home. Sharing an opinion sometimes meant fists were flying—and nothing was ever “swept under the rug.”

One of the greatest lessons since my turbulent childhood has come from observing my husband, who has shown me the value of silence and of keeping the peace. In a world that bombards us with the loudest voices, I have learned that being calm, mindful, and meek blesses the spirit of my home.

Our very different ways of communicating and problem-solving, compounded by my different upbringing, provide challenging learning experiences for us both. We’ve had a steep learning curve in understanding and anticipating each other’s needs. One especially stretching time happened in the midst of some extreme postpartum depression. Because of the immense pressure this put on our marriage, I found myself distraught on the bathroom floor. Through frantic sobs, I told my husband that I knew he would leave me one day—listing one important person after another who had abandoned me emotionally, physically, or both. I conveyed to him in desperation my sincere concern that he would not be able to endure my struggles with anxiety, depression, and being reactive.

At that moment, I was utterly convinced I would lose him.

I had no idea that this kind of man actually existed in real life.

When I met my husband, I thought I had met a real-life walking, talking, breathing angel on earth. I had never personally known a man who didn’t swear, drink alcohol, abuse drugs, and indulge in pornography. In addition, he made a choice to sacrifice two years of his life to teach others about Jesus Christ. He was hard-working and debt-free. He willingly followed the council of his religious leaders and attended church every week. I had no idea that this kind of man actually existed in real life. I am here to spread the word that this kind of man does exist. 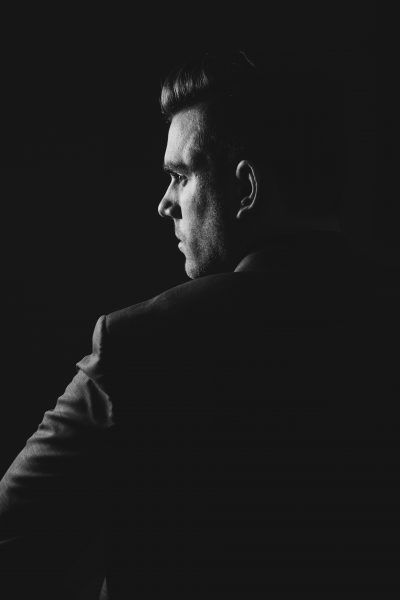 Fairytales can happen, and dreams can come true, but in that moment of my life, I felt mine was crumbling. In response to my traumatized fear and anxieties, my husband did something that had a lasting impact on me, something I can come back to if ever I begin to notice doubt creeping again. After I described the many others who had abandoned me, he held my face in his hands and looked into my eyes, saying, “None of those people went to the temple with you. But I did! I went to the temple with you, I knelt at the altar with you, I made covenants with you, and I meant them. I said yes to an eternity with you, in sickness and in health. I’m not going anywhere.”

He went on to encourage me to give him more credit for the profound commitment I’ve made. There are other stories like this, and they always touch me. One Latter-day Saint father had a sweetheart with many health challenges. In sharing his experience supporting his wife, he related, “sometimes I do the right thing as a father and husband because I feel like it. And sometimes I do the right thing because I promised.”

I know I’ve shared a glimpse into a deeply private moment. I recognize it may hurt if someone you love didn’t keep their promises. But these more encouraging kinds of stories need to be brought to light too. So please hold this space of gratitude with me; gratitude that there are men who keep their commitments, honor their priesthood, and bless the lives of their children and wives. These men are truly angels here on earth, and they deserve to be celebrated without apology.

None of this was something I appreciated in my childhood and youth. I grew up feeling intimidated in the presence of men as my exposure to them was minimal at best. They were a mystery to me and were thought of as dangerous. In different ways, I was told they were “sexual predators,” “misogynist pigs,” or both. My solution to approaching half of the population back then was to simply ignore them. They were invisible to me, and, in turn, I made myself as invisible as possible in their presence as well.

This began to change when a career path took me into the homes of hundreds of families. Over the course of a decade, I observed men who were becoming fathers. I assisted them as they ushered their unborn children into this world. I witnessed tender moments shared between husbands and wives. I saw men who deeply desired to learn and improve their ability to support their wives, men who weren’t afraid to ask questions or admit they weren’t the expert in the room. I found evidence in so many homes of men who dearly wanted to provide for and protect their wives and families.

A colleague once drew my attention to the miraculous and visible change that takes place when a father holds his child in his arms for the very first time. Something settles over him, and he is transformed. At that moment, I’ve often witnessed men share these words, or something similar, with the brand new infant in their arms, “You’re here, you’re real, and I’m your father!” Their minds are captivated by this realization—something they could never completely comprehend until actually seeing their child on the outside of the womb. But once they enter that profound moment after birth, a tangible mantle seems to be placed squarely on their shoulders. Through these intimate and sacred experiences, I gained new trust in men and for men.

At times I’m still guarded and recognize I have a journey of continued growth ahead. But because of experiences like these, I have gained a better understanding of what a true man is and what other men may become. Words fail in an effort to express gratitude for the good examples who have shown me such a thing exists, like angels on earth.

Thank you for sharing your private moment.

I love the story we almost have the same story and personality of man we found to be partnered till eternity and I'm always grateful to Heavenly Father that those man still exist that we thought it's impossible.