What’s the Craziest Thing You’ve Ever Seen Happen With Your Own Eyes at Church? 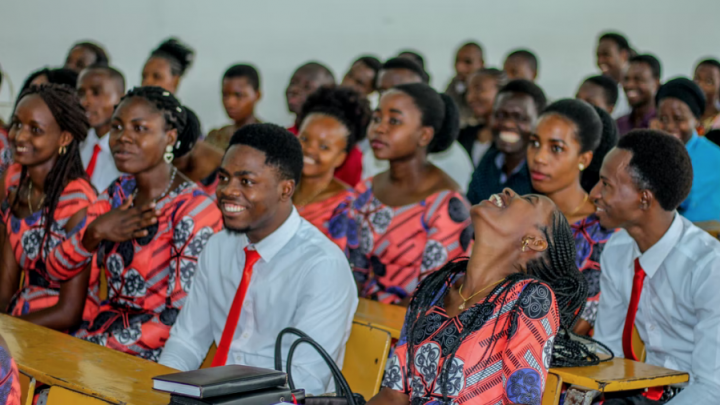 The internet it a beautiful thing. It can also be a destructive force. But when it provides you with excellent stories like the following, it’s hard not to rejoice in the beauty that is global connection.

So, would you like to hear some the craziest things that people have ever seen happen at church with their own eyes? Here are some of the funniest stories that we could find from churches of all denominations.

Does God Know My Name?

“The pastor pointed at this random lady in the back of the church, said God was speaking to him and had a message specifically for her. She made her way up to the alter and the pastor asked her what her name was and put the mic to her lips. She said “How God don’t know my name?””

“I was singing in the choir at this guy’s funeral after he died drunk driving. I noticed his wife was clapping and rocking like she was at Bobby Jones Gospel explosion. When she got up to the casket she screamed, “I ain’t got to worry about you beating me NO MO’!” then spit on him.”

“Small, rural church. Just before the service started, a gopher ran in the front doors, down the aisle, and hid between the organ and the wall. A 5 year old yelled, “I’ll get it!”, pulled a hockey stick from I don’t know where, and did his best to kill the gopher with it.

After a couple minutes of no one knowing what to do, his parents got the kid back to the pew, and the service started. The opening hymn, I kid you not, was “All Things Bright and Beautiful”. I thought I’d die laughing.”

It’s How You Finish

“In a singles ward the first testimony was a guy who denounced the Church, called Joseph Smith a liar, wanted his name removed from the records and stormed off. Turned into one of the most spiritual meetings ever. Went 2 hours and most in attendance bore sincere testimonies.”

“Dallin H. Oaks walked into our ward last week and then attended class in the Deacons Quorum where my son was giving his very first lesson. President Oaks sat down, my kid offered him a cookie and then taught his lesson like no big deal.”

Of Empty and Broken Chairs

“When I was 5-6 (I’m 37 now) Elder Oaks showed up to my ward in Syracuse, Utah. He decided it was worth his time to sit down for a primary lesson. He sat down in a kids sized chair and broke it. I pointed and laughed at him.”

Laying on of Hands

“In 2008, I was a missionary in Ecuador. A woman’s abusive ex-husband found out she became a Latter-day Saint and busted into the branch doors all loud one Sunday. I don’t know why he comes into sacrament meeting to put hands on this lady, but I threw him down the front steps. Then I gave a talk.”

“I was attending a Single’s ward at a university just before Valentine’s Day. A girl gets up and chastised all the men in the ward for not asking her out and challenged them to be her valentine’s date and gave out her number over the pulpit.”

“Growing up we had some very weird members in our ward and that made for some entertaining testimony meetings. One lady got up with her new born baby, put her baby’s face up to the microphone, and then started talking baby talk – like it was her baby giving the testimony. “I’d wike to bwear my testimony…” Come to think of it, they had just blessed their baby right before that. So weird.”

“A lady was going down the line speaking in tongues and touching all the kids making them fall. She got to me and when I didn’t fall she gut punched me.”

“I was directing the Men’s Chorus and one of the deacons was RIGHT in the mic. We got to his favorite part of the song, he took in a deep breath and when he belted out “PRAISE,” his dentures hit the microphone and there was a LOUD THUMP!!”

Welcome to Your Mission

“The first month of my mission we had an investigator come to sacrament meeting and while the sacrament was being passed she grabbed the tray and said a different prayer/blessing. It was loud enough that everyone heard. She said our blessing was wrong and she was saving our souls.”

A Punch in the Head

“We had an investigator who didn’t want to come to church because of her sometimes violent, autistic, pre-teen son. We finally convinced her to come. During the passing of the sacrament, something triggered her son, and he punched a teenaged girl in the back of the head. In spite of that, they were both baptized!”

“On a praise break this lady took her shoes off and was running back and forth in her stockings. Well, she slipped and slid under a pew and this guy stood up and yelled, “Safe!” like she had slid into home base.”

“During the sermon a man walked up to the front with a cardboard sign that read, “Looking for a wife.”

“While a lady pastor was preaching (she was an older lady) her wig came off accidentally. She added it to her message by saying, “Some of you other women need to take off your wig.” The whole mother’s board took their wigs off and waved them while shouting!”

“I was visiting family at BYU Idaho. A girl got up to bear her testimony and tells everyone how patient and loving she is for putting up with her husband’s annoying family (goes into detail about how awful they are). Her husband stomps up there and goes next to defend his family.”

“A local girl fell for missionary. I was Zone Leader and oversaw him getting shipped to an area on the other side of mission. I went to that area later and, come to find out, the family had moved so their daughter could be close to him. The mom sat behind me at church and punched me in the back and said, “You ruined our life.””

The Fastest Week of My Entire Life
← Previous
Transfer News: I'm Heading to Rome
Next →

A friend of ours had a really robust baby son around a year old. This was back in the day, so he had an 8-ounce glass baby bottle of milk. He bopped sister in the pew in front of them over the head with it and knocked her out. The meeting ended as they called an ambulance.

In the first weeks of my mission in Philadelphia, my companion and I were riding the subway downtown. A lady was at one of the stops wearing a sandwich board with her views on Jesus and religion, preaching at everyone who passed by. She got on the train after us, singing loudly, "You're gonna need Him someday!!" and kept preaching, going into a different car at the next stop. It was a very hot and humid summer, so we were all sweltering in the train car with meager air conditioning coming out a vent. At the next stop, she came into our car again and said, "By the way, you better ENJOY that air conditioning, 'cause you ain't gonna have none of that when yo' in HELL!" I had to try really hard to keep my laughter to myself!

Our good friend and stake president related that when they lived in Denver a sister was bearing her testimony, and shared how proud she was that her husband had just been called as the new high greased poop leader. The congregation could not believe what they just heard. She continued her testimony and repeated what she had said not just once, but two more times, while the congregation caused the benches to shake with muffled laughter. The sister completed her testimony never realizing what she had said. To this day I find myself having to choose my words very carefully when referring to the high priests group leader. This is the gospel truth!

During my later teens, I heard a young woman from the LDS Church Institute program ( located at the State University) absolutely ranting and raving from the pulpit during Sacrament raining down condemnation upon our faith. Due to the fact that I had performed a musical number in a neighboring ward, I came upon this scene , after hearing this strident out of control voice castigating the congregation. I believe that the Priesthood brother who was conducting the meeting got up to close the meeting at that point, stating that " This was not the place to register a complaint or difference." He further stated that the meeting was to be closed as the negative interruption had interfered with the sacred nature of the meeting." I felt that this member of the Bishipric chose the right way to defuse and very tense situation, in order for people to feel safe enough to leave without being held hostage by an obviously upset and possilby disturbed, unstable person. He was careful not to lay blame at her feet, simply stating the obvious. I was a college student at this time, and was visitng at home, so I never did hear what had occureed after this happened,as this occured nearly 50 years ago.

I think I must be normal - whatever normal is. All I can say to some of this DANG.