Why Did Joseph Smith Produce a New Translation of the Bible? 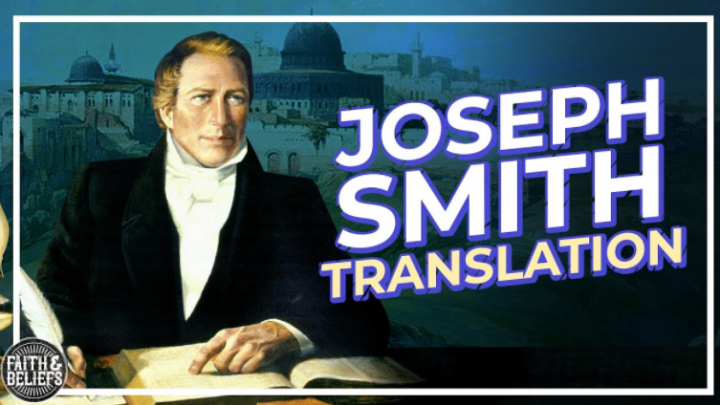 Joseph Smith loved the Bible. A letter written by Joseph and other Church leaders to priesthood holders in 1834 declared, “He that can mark the power of Omnipotence, inscribed upon the heavens, can also see God’s own handwriting in the sacred volume [the Bible]: and he who reads it oftenest will like it best.”1 Though he revered the sacred scripture, Joseph Smith also knew from the Book of Mormon that “there are many plain and precious things taken away from the book, which is the book of the Lamb of God” (1 Nephi 13:28).

On one occasion in 1843, the Prophet summarized his feelings toward the Bible, stating, “I believe the bible as it read when it came from the pen of the original writers; ignorant translators, careless transcribers, or designing and corrupt priests have committed many errors.”2

Even while the Book of Mormon was being printed, Joseph Smith and his associates began plans to complete a translation of the Bible, intended to correct many of the errors that had crept into the text and to restore many of the plain and precious truths lost. On October 8, 1829, Oliver Cowdery purchased a large King James Bible from the Grandin Press, the same press where the Book of Mormon was printed.

Intensive study of this Bible led to the creation of the Joseph Smith Translation, parts of which are found in scripture as the book of Moses, as Joseph Smith—Matthew, and in hundreds of JST footnotes in Latter-day Saint editions of the Bible. 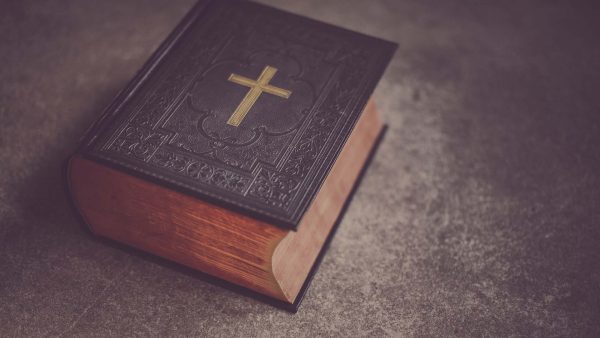 The Joseph Smith Translation is not a translation in the traditional sense. One very well-informed scholar described the translation as “recasting the text into a new form by means of inspiration from the Holy Spirit.”3 Although Joseph Smith did eventually study a little Hebrew and owned and used a Greek dictionary,4 his translation did not consist of taking ancient Hebrew or Greek texts and rendering them into modern English.

Instead, his translation resulted from receiving inspiration while conducting an intensive and word-by-word study of the Bible—its teachings, visions, revelations, perspectives, laws, ordinances, personalities, and eternal potentialities—with changes implemented to restore the original intent of the writers and to make the text more understandable to modern readers.5

First, in some cases the translation was a restoration of the original text. For instance, the entirety of Moses 1, found in the Pearl of Great Price, is missing from the text of the book of Genesis. The restoration of Moses 1 to the scriptural canon brings back critical truths about the nature of God, humankind, and Satan in their respective roles within the plan of salvation.

Second, the JST at times served to restore what was once said or done but that was never in the Bible. The JST of Genesis 14:25–40 contains an engaging description of the ministry of Melchizedek, the king of Salem. We do not know if this appears in the original Genesis text, but it appears in the Book of Mormon in Alma 13 and serves as important backstory to the role Melchizedek plays in the Abraham narrative in Genesis.6 The added narrative helps us understand why Melchizedek’s name became forever associated with the “Holy Priesthood, after the Order of the Son of God” (D&C 107:3).

Third, on many occasions the JST served to make the Bible more understandable to modern readers. For example, in many instances, the archaic King James Version word wot was changed to know, as in Exodus 32:1, where “we wot not what is become of him” was changed to “we know not what has become of him.” In other places, saith was changed to said, that and which were changed to who, and ye and thee were changed to you. However, these changes are not always consistent throughout the JST manuscripts. In other places, the JST replaced ambiguous pronouns with proper names, as in Genesis 14:20, where the KJV reads “and he gave” but is clarified in the JST to read “and Abram gave.”

To carry out this part of the work, some scholars have argued that Joseph and his scribes may have consulted one of the biblical commentaries of their day.7 Joseph became interested in the original languages used in the Bible and studied some Hebrew in Kirtland, after he completed much of the work of the JST.8 At that time, he once recorded in his journal, “My soul delights in reading the word of the Lord in the original, and I am determined to pursue the study of languages until I shall become master of them.”9 In this sense, the Prophet’s work on the Bible encouraged people to follow his example in their study by combining both spiritual and academic sources of information and truth. 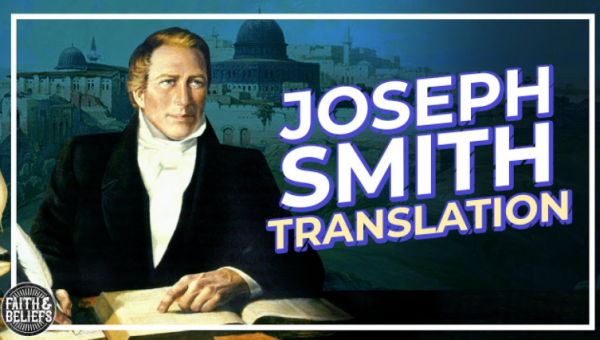 Fourth, alterations made in the JST serve to bring biblical wording into harmony with truths found in other parts of the Bible or in modern revelation. For instance, the KJV text of John 1:18 reads, “No man hath seen God at any time,” a confusing teaching which contradicts a fair number of passages in both the Old and New Testaments as well as the experiences of the Prophet Joseph Smith in the First Vision and on other occasions.10 The inspired revision of this verse reads, “No man hath seen God at any time, except he hath born record of the Son; for except it is through him no man can be saved,” emphasizing the divine role of God the Father in witnessing on behalf of the Son (JST, John 1:19).

Finally, at times the JST includes changes helpful to modern readers that were not written by the original authors. Elder Bruce R. McConkie, noting the differences between the early chapters of Genesis and those in the JST covering the same material, declared, “both of them are true.” He also stated his belief that John 1 in the Bible “is true” but that the JST of the same passage provides “an entirely different perspective,” adding, “These are illustrations of the fact that there can be two translations of the same thing and both of them can be true.”11

A frequently cited example of this is found in Romans 13, where Paul writes concerning the Saints’ obligation to submit to secular powers. The JST rewrites that passage to apply it toward cooperation with Church authorities. It is likely that both passages are correct and that the JST revision is a revelation intended to instruct the modern Saints (see JST, Romans 13:6–7).12

Though Joseph Smith initially completed the JST manuscripts in 1833,13 he never entirely left the translation behind, and his intensive study of the scriptures remained a facet of his daily life until his death in 1844. While Latter-day Saints reject the concept of a closed canon, they also hold to the established scriptural canon as the foundation of their faith. On one occasion Joseph Smith held aloft a Bible and declared, “I believe in this sacred volume. In it the ‘Mormon’ faith is to be found. We teach nothing but what the Bible teaches. We believe nothing, but what is to be found in this book.”14 The worn and marked pages of his Bible demonstrate the Prophet’s intensive devotion to the Bible, its teachings, and its role as a conduit to the mind of God.

Conspiracy as History: "Who Killed Joseph Smith?" as a Case Study
← Previous
The Fastest Week of My Entire Life
Next →
0 shares