Conspiracy as History: “Who Killed Joseph Smith?” as a Case Study 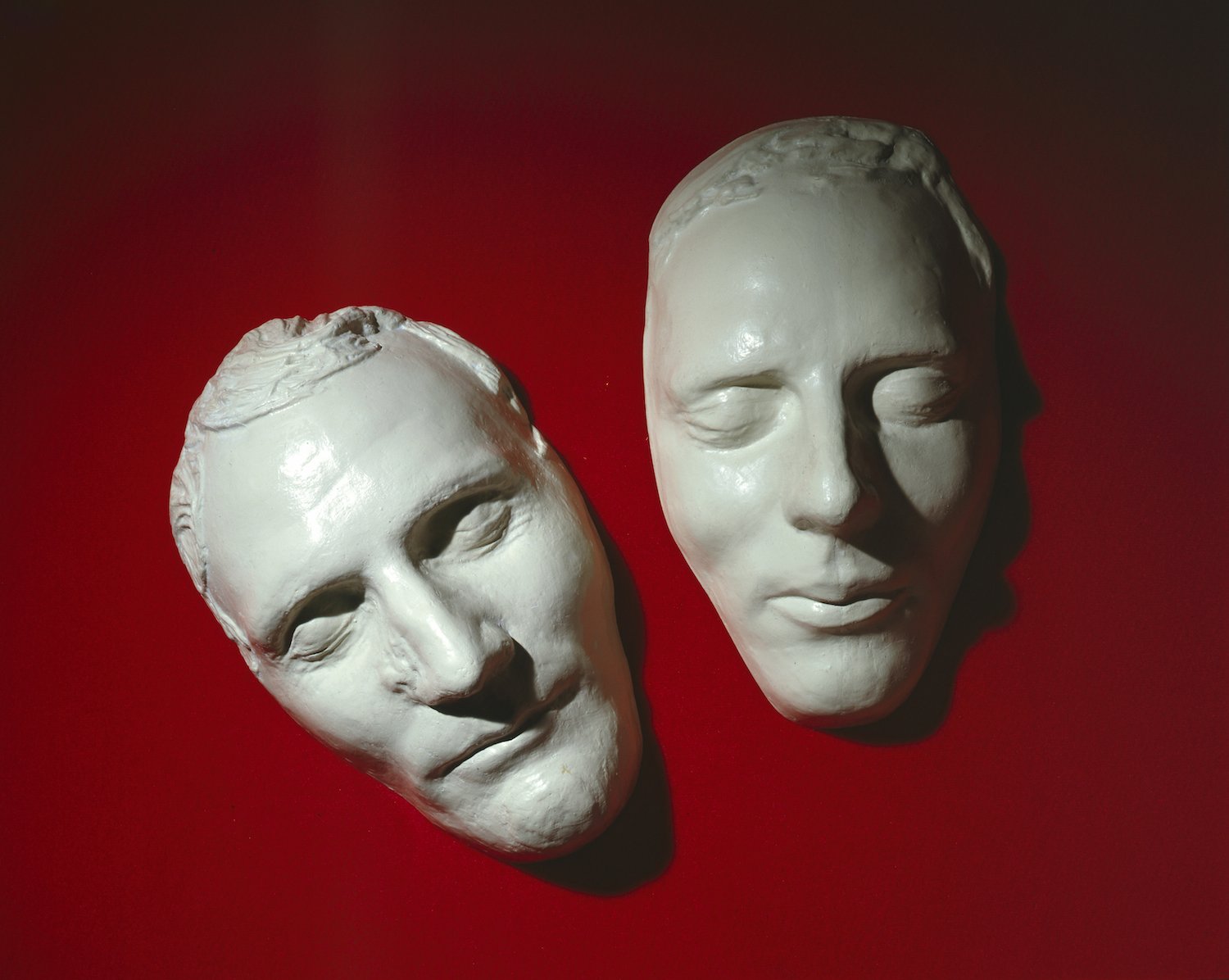 The following first appeared in Public Square Magazine and was written by Hanna Seariac. It is shared here with permission.

Over the last decade, conspiracy theorists posed as historians have become more popular within Latter-day Saint discourse. From attempting to distance Joseph Smith from letters that he dictated like the Bernhisel letter to dismissing all documentation from Joseph’s plural wives, organizations and influencers have forsaken rigorous historical methodology in favor of motive-driven outcomes. Through using language like “traditionalists,” “purists,” and “true researchers,” these influencers and groups attempt to persuade their audiences into believing that they are the real historians, and groups like Church History or BYU are really the ones who are motive driven.

But this problem does not stop at bad history and it often extends into political conspiracy theories that have the potential to lead Latter-day Saints down a path where they forsake their faith typically for far-right political views. This conversation provides context for the milieu in which the documentary Who Killed Joseph Smith? arose.

The group Doctrine of Christ created this documentary, which premiered on January 13, 2022. Cristina Rosetti has documented this group and how they effectively canonized QAnon as their worldview for approaching scripture and doctrine. Their documentary shows how integrated conspiracy has become with their historical method, leading me to conclude that they made the documentary with the intent to make their polygamy denial plausible.

Throughout this piece, I intend to comment on a couple of elements of the documentary and show how it better aligns with conspiracy than it does history as well as highlight the motive undergirding the documentary.

The theory that the documentary lays forth is that John Taylor and Willard Richards assassinated Joseph and Hyrum Smith. Before he establishes his own theory, he critiques the theories of the Lyon brothers, Sam Weston, and Gary Smith. He indicates that the difference between him and them is that “they wanted to preserve the good names of Willard Richards and John Taylor,” whereas he says “I want the truth, I wanna know who really killed Joseph Smith and his brother Hyrum.”

A common tactic of conspiracy theorists is to portray all ideological opponents as biased or acting in bad faith, but assert that you alone act in good faith. This manipulates the audience into believing that it is Justin Griffin, the principal narrator of the documentary, alone who knows the truth of what happened at Carthage jail, but Griffin does not provide any evidence as for why the audience should trust him or why the Lyon brothers, Sam Weston, and Gary Smith necessarily act out of a desire to defend the names of Willard Richards and John Taylor. 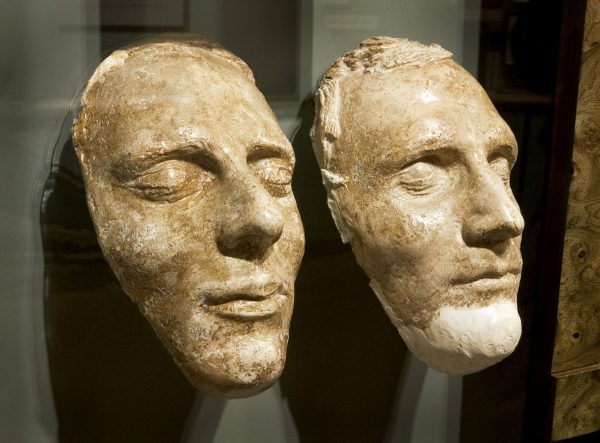 This unsubstantiated claim is not the only unsubstantiated claim that Griffin makes throughout the documentary. Frequently, instead of explaining his reasons for why he disagrees with certain theories, he often says “this doesn’t make sense to me” or asserts that there is no possible way that it could have happened in the way that another theorist described. While he states that he tried all of the possible positions people could be in, he does not show why on camera certain positions do not work.

This deflection should concern the audience because it shows that he does not provide thorough evidence to bear out his claims. Instead, he attempted to fall back on what I established earlier, namely that he portrays himself as acting in good faith and everyone else as acting in bad faith or with a bias. The most prominent piece of evidence that he provides for his theory is that he says that Hyrum had an entry wound on his chin and an exit wound in his nose.

He posits that this could have only occurred if John Taylor or Willard Richards shot Hyrum; however, that claim does not have any evidence to support it. While Griffin might fall back on the claim that this is simply a theory, he does not provide any evidence to support this claim and also does not consider potential alternatives. Creating these salacious claims without providing evidence indicates that Griffin may be engaged in motive-driven narratives.

Griffin’s theory leaves several unanswered questions and presents several inconsistencies or partial truths. Perhaps the most pressing question that Griffin does not answer is if he acknowledges there was a mob (as his theory does), what interaction did Willard Richards and John Taylor have with the mob? It seems that Griffin portrays the mob scene occurring simultaneously with Richards and Taylor shooting Joseph and Hyrum, how did the mob not enter during this scene? Why did the mob not kill Richards and Taylor? If Griffin alleges that Richards and Taylor hired the mob, what evidence does he have of this? If Griffin does not allege this, he does not account for the mob properly. 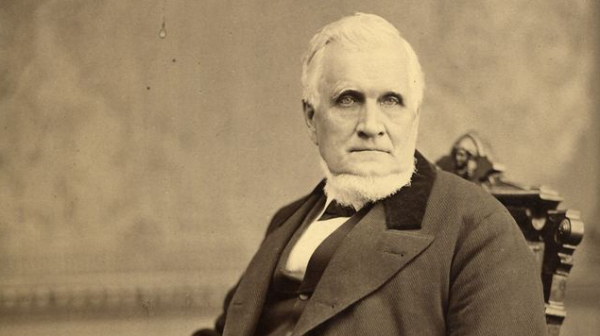 Griffin leverages the decade difference in time to indicate that Taylor should not be trusted. Taking Griffin at his word that he read all of the accounts, it seems egregious to me that he left out this important July 1844 witness to the martyrdom. John Taylor’s 1856 account provides more details than he did in 1844, but it is still disingenuous to not present this account, especially as Griffin claims several times that The Church of Jesus Christ of Latter-day Saints has hidden its history. Griffin does not acknowledge more contemporary accounts that are second or third hand like this account by a Church critic, which indicates what was thought about the martyrdom at the time. Griffin freely discounts historical accounts that do not corroborate with his predisposed theory, which indicates a lack of care and concern for evidence.

Griffin also constructs part of his theory based on Hyrum’s death mask. He indicates that Hyrum’s mask does not show significant facial damage, however, the creator of Hyrum’s death mask had to reconstruct his face because of damage. This either shows a lack of familiarity with the data or an attempt to mislead the audience by creating an argument on a false premise. Griffin speaks about Hyrum’s skull as well, using it as evidence for his theory, but he did not have access to Hyrum’s skull, at least to my knowledge. Like many other aspects of the documentary, Griffin inflates his speculation on very little evidence to corroborate with his motive and does not treat evidence carefully.

Beyond these more minor details, Griffin leaves a gaping hole in his theory, namely, he does not answer the question of motive for Willard Richards and John Taylor killing Joseph and Hyrum. Anyone watching the documentary should ask the questions why would Richards and Taylor kill Joseph and Hyrum and is there any evidence to suggest that they believed they should do that. Without accounting for this, Griffin does not have an adequate theory to describe the events of Carthage jail.

At this point, seeing that Griffin misrepresents historical sources, does not substantiate his claims, interweaves falsehoods, and uses other tactics like emotional manipulation to create his theory, one might ask why would Griffin accuse Willard Richards and John Taylor of killing Joseph Smith? That is a fair question and the answer is simple. On the day of the documentary premiere, the Facebook page for Who Killed Joseph Smith? posted, “But there is a third new alternative emerging: Those who still believe Joseph saw God but also believe the historical evidence proves he never practiced polygamy.  … This third group is uncovering all sorts of new evidence, some of which even proves that the traditional narrative of the martyrdom, based on the two eyewitness accounts—can not be correct.” At its very core, this alternative history is rampantly misogynistic as it inherently denies the voices of dozens of women who testified, some under oath, that they were married to Joseph Smith.

This supposed third way of dealing with polygamy follows the same pattern as the third way of dealing with the martyrdom, namely, they blatantly ignore historical sources for their own motive. In order to set up the hypothesis that Brigham Young ordered Willard Richards and John Taylor (Taylor, who by the way, had personality conflicts with Brigham, especially then) to kill Joseph so that they can deny that Brigham was a prophet since he practiced polygamy. Instead of grappling with the reality that Joseph practiced polygamy and the reality that one has to silence the voices of women to claim otherwise, Doctrine of Christ made this unsubstantiated theory, relying on sensationalism, leaving several parts of the theory unsubstantiated, and fumbling important pieces of historical evidence. In order to continue their conspiracies, they created a new one, but this one has one last nefarious element to it that I will close with.

As I watched this documentary live, I waited to see the martyrdom depicted as Griffin stated it occurred. The hymn “A Poorwayfaring Man of Grief” started to play and tears welled up in my eyes. I believe that Joseph restored the Church to the earth and I believe although Joseph was a flawed man, he was called to serve as a prophet of God. Seeing the martyrdom of a man so important in my life breaks my heart no matter how many times I see it. But as the scene played out, I watched as Griffin depicted Richards and Taylor killing Joseph and Hyrum. Beyond my disgust at the visuals of this scene, I became disgusted by the music choice, which is enigmatic of Griffin’s approach to history.

Griffin had a parody of “A Poorwayfaring Man of Grief” playing over the scene where Griffin centered his own narrative. The lyrics told the story of Griffin searching for what happened at Carthage and described his turmoil. While Griffin claims to care what happened to Joseph and Hyrum, the music makes it clear that the story he wants to tell is not that of Brother Joseph, but that of Brother Justin.

Like other attempts to substitute history with conspiracy theory, this will certainly ensnare some individuals and hopefully, it will have a short shelf-life. Challenge conspiracies with evidence and clear thinking. In this instance, doing so will prevent Griffin from defaming Willard Richards and John Taylor for his own purpose of denying polygamy. May truth prevail.

Miracle Central - A Week Filled With Miracles
← Previous
Why Did Joseph Smith Produce a New Translation of the Bible?
Next →

The adversary is well known for deception based on half-facts, and shoddy journalism has been used forever to disclaim or sway readers. It presents facts, draws conclusions, then presents those conclusions in such a way that the reader thinks they are all true…”if this is true, and that is true, we have to presume this!” And never is the original fact confirmed.

Thank you for sharing these. We know some people who have become involved in this community and theories, and it’s been sad to see. They’ve been promoting all that you talked about, and it’s been difficult to understand. I appreciate all these thoughts and the analysis.