An Ode to the Old Testament 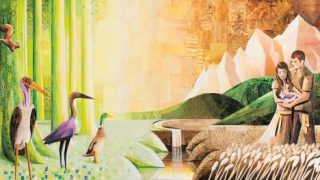 The following first appeared in Public Square Magazine and was written by Samuel B. Hislop.

When we say something is old, the adjective often packs a pejorative punch. You wouldn’t call someone “old” to their face. (Rude!) You’re not going to eat that old cheese in your fridge. (Gross!) And you’re unlikely to trust that old car on a cross-country road trip. (Dangerous!)

As a new year begins, the weekly study for members of The Church of Jesus Christ of Latter-day Saints turns to one of our world’s ancient texts: the Old Testament. I find it somewhat unfortunate that Melito of Sardis, a second-century Christian leader, first labeled his collection of Hebrew holy writ as “old.” It does the scripture a disservice when paired with the New Testament. Old denotes dusty and useless attic junk, rusty metal, moldy bread, a glitchy computer. The Old Testament is not that kind of old. It is among those old things that, in Book of Mormon language, “retain their brightness” forever. Truth and deep ideas, it turns out, have a remarkably low mortality rate.

Let us consider five descriptors for the Old Testament that help us better see its value for 2022.

First Testament. We so often forget first principles, such as who we are. The Old Testament tells us our origin story and reminds us of our divine roots. It shows us that God took great orderly care in making this Earth, its natural wonders, its plants, its animals, its sunrises and sunsets, its fruits and vegetables, its men and women. As one Old Testament writer says, “Look to the rock from which you were cut and to the quarry from which you were hewn” (NIV). 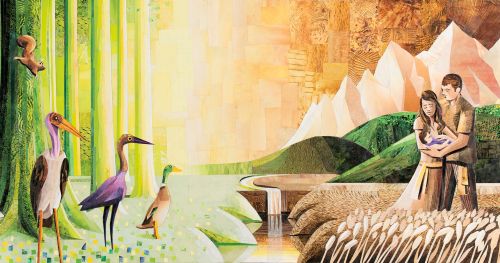 A Protector of Humanity. The Old Testament teaches that humans, from the very beginning, have been imperfect characters in a redemptive drama. Its first book, Genesis, gives many glimpses of how kind and cruel we—even the best of us—can be. Alongside stories of remarkable faith and courage are those of murder, rape, incest, anger, favoritism, envy, and neglect. The late Rabbi Jonathan Sacks wrote that “the Bible hides none of this from us, and for a deeply consequential reason: to teach us that even the best are not perfect and even the worst are not devoid of merits. That is the best protection of our humanity.”

The Old Testament tells us our origin story and reminds us of our divine roots.

The Hebrew Bible. The Old Testament is a collection of texts from the ancient Hebrew world. The book is the story of their covenant life with God. I love what the Book of Mormon (one of the world’s most pro-Bible books) says about the Old Testament: It is a book that “proceed[ed] forth from the Jews, mine ancient covenant people.” The Book of Mormon encourages us today to “remember the travails, and the labors, and the pains of the Jews, and their diligence unto [God], in bringing forth salvation” to the world. And it tells us that the Old Testament is among those books that serve as “a witness unto [the world] that I am God, that I remember one nation like unto another.”

Prophetic Poetry. The prophet Habakkuk wrote something that you have likely screamed to yourself during the pandemic: “How long, O Lord, shall I cry out, / yet You do not listen? / I scream ‘outrage’ to You, / and You do not rescue! / Why do You show me mischief, / and You look upon wretchedness? / Plunder and outrage are before me, / quarrel and contention I bear. / Therefore teaching fails, / and justice never comes forth” (Robert Alter translation). Or maybe you’ve shared this thought that Isaiah had so long ago: “We’re all like sheep who’ve wandered off and gotten lost. / We’ve all done our own thing, gone our own way. / And God has piled all our sins, everything we’ve done wrong, / on him, on him” (MSG).

These are but two slices of the Old Testament’s rich prophetic pie of timeless poetic imagery.

A Manual for Courageous, Compassionate Living. Consider the story of Jonah. He was a Hebrew nationalist called to preach to the massive Assyrian capital city of Ninevah. Assyria was one of the cruelest and most violent empires of the ancient world. Jonah runs away before later turning toward God’s call. At Ninevah, God says through him that their city will be destroyed in 40 days unless they change their ways. Wonder of wonders, they listen and obey, and God withholds his judgment. Instead of joy, Jonah is outraged. “The book of Jonah is a shot across the bow [at our culture],” Timothy Keller writes. “God asks, how can we look at anyone—even those with deeply opposing beliefs and practices—with no compassion? If your compassion is going to resemble God’s, you must abandon a cozy world of self-protection. God’s compassion meant he could not stay perched above the circle of the earth and simply feel bad for us. He came down, He took on a human nature, He literally stepped into our shoes and into our condition and problems and walked with us.”

Of course, Latter-day Saints and other Christians don’t keep all Old Testament laws. The Law of Moses outlined in the Pentateuch was fulfilled in Jesus Christ. And we know that no matter the language it’s in, the Old Testament as we have it is imperfect. Latter-day Saints reject scriptural infallibility. The Bible (and any scripture, really) is God’s word so long as the translation is sound and our understanding of it is right. 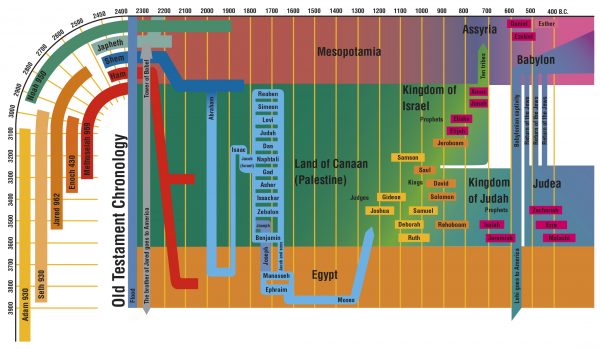 Even so, the Old Testament has immeasurable power to enrich our everyday walk. Just as any marriage is made stronger through assiduous attention to detail and equal partnership, our grasp of capital-T Truth is strengthened when we give due heed to the Old Testament’s important prophetic voices.

Yes, we have the Book of Mormon, the Doctrine and Covenants, the Pearl of Great Price, and the New Testament. But we can’t fully understand or appreciate any of these without the Old Testament.

May we, like Ezekiel, follow God’s call to not only “eat this scroll” but to “fill your stomach with it.” In so doing, we will find the truths of the Old Testament to be “sweet as honey” in our mouths (NIV).