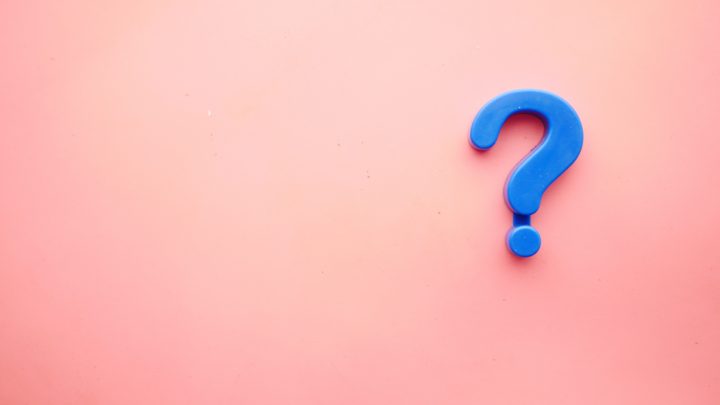 When people challenge The Church of Jesus Christ of Latter-day Saints’ gender complementary position on human sexuality using soundbites borrowed from racial or other equality struggles earlier in the century, Latter-day Saints often find it difficult to know how to respond without appearing unkind or bigoted.

As a way to support members of the Church wanting to engage productively in this challenging conversation, this brief article presents simple summaries of a faithful viewpoint that can help defend the Church’s vital teachings on sexuality.

Even if members emphasize God’s love for all His children, to many, this will seem disingenuous if it is not accompanied by a disavowal of the Church’s emphasis on male-female marriage and sexuality. Therefore, to some extent, orthodox Church members will simply have to absorb the inevitable opposition discussed by President Dallin Oaks in the October 2018 General Conference—and Elder Jeffrey Holland recently at BYU. 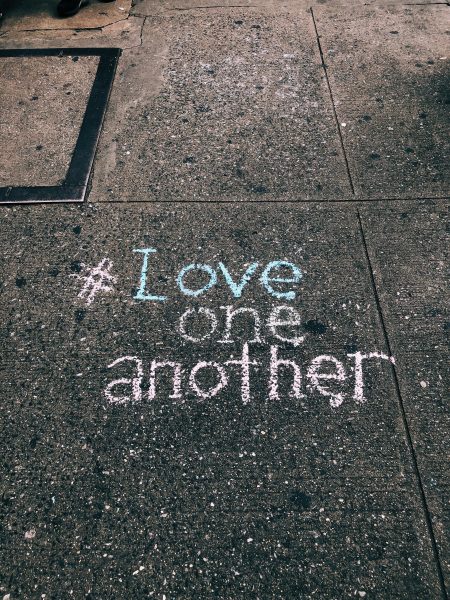 Even so, precision and clarity of language still matter, as well as the courage to raise our voices in support of the plainness and simplicity that Nephi so loved about the gospel of Jesus Christ.  We hope these sixteen questions below might encourage believers who need some extra support in doing exactly this.

As always, an encouragement towards clarity about truth needs to be paired with a humility regarding limitations in what we know, and an openness to learning more. And as Ty Mansfield has reminded us, such an emphasis on truth also needs to be joined with encouragement to open our hearts to those who see and feel differently. By practicing our baptismal covenants of walking together toward Christ, we can continue to make a place in our hearts and pews for those who, in Elder Dieter Uchtdorf’s memorable phrase, “sin differently from us.”

1. Shouldn’t the law of chastity apply equally to everyone?

It does. The Church has clearly stated that sexual relations are to be restricted to a man and woman who are legally and lawfully married. The fact that the relationship must be mixed-sex reflects the gospel’s approach to gender and sexuality, as well as our conviction about the law of chastity. All other forms of sexual expression are to be avoided and are not part of how we believe God designed sexuality to function.

2.  If two people love each other, want to be monogamous, and want to be active in the Church, shouldn’t that be enough? [The implication, rarely vocalized, is that the Church should solemnize same-sex sealings].

No, it is made clear in Doctrine and Covenants 132, the words of modern prophets, and The Family: A Proclamation to the World that while love and concern is an important part of marital relations, it is not the sole reason for it. Sex is eternal, and both complementary halves of humanity are required for deification and eternal increase. While many same-sex sealing advocates also argue for a more public emphasis on Heavenly Mother, they seem equally anxious to erase gender distinctions, which would eliminate the need for a Heavenly Mother.

3. Don’t you know that the Church’s position is killing gay kids?

There isn’t any solid evidence for this claim. Even if there was some correlational evidence (which there is not), it is just as likely that the counter-narrative of miserable celibate gay Latter-day Saints is a contributing factor to such despair. While those insisting that Church doctrine kills gay kids may put political pressure on the Church, they risk causing suicide contagion (the spread of suicide that can happen when people think others are committing suicide) for the very group that advocates pushing this claim are trying to protect.

Bottom line: It’s not the prophets telling LGBT+ youth that God doesn’t love them and is dooming them to a life of misery. Furthermore, while many studies seem to show LGBT-identified youth (and even adults) experience higher rates of suicidal ideation, this effect holds even in societies that are more fully accepting of homosexual behavior.

4. The Church is going to change on this issue just like it changed doctrine pertaining to black people and the priesthood.

5. Why would God make LGBT+ individuals this way if he didn’t provide a way for them to express themselves sexually?

The gospel sometimes asks people to make sacrifices such as turning the other cheek and loving their enemies, so why would sexual restraint be exempt? People are born with all sorts of dispositions, sexual or otherwise, that run contrary to the Gospel. For example, there are people born with high levels of sociosexuality (predisposition towards uncommitted sex) for whom monogamy is extremely difficult. They are expected to be monogamous anyway.

Clearly, God allows this to be part of some of His children’s experiences. But the fact that someone experiences something in our fallen world does not mean God necessarily “made” them that way. The best evidence to date shows that the genetic contribution to homosexuality is very weak—with behavioral scientists saying for a long time now that homosexual orientation results from a “complex interaction of environmental, cognitive and biological factors.”

No, they aren’t. Nurturing, loving relationships are all around for every member of the Church. So long as the relationships are within the bounds the Lord has set, deep, rich, and close relationships with people of the same or opposite sex are open to everyone, including those who identify as gay. Many who experience same-sex attraction also feel prompted to enter into covenant marriages, which can involve great sweetness, commitment, and multi-leveled attraction. While romantic love is an important part of gospel-ordained marital relations, it is only one part of that relationship.

Under Latter-day Saint theology, a same-sex couple forfeits some of the greatest blessings that God reserves for His children—up to and including deification. As with all of God’s blessings, we are each free to opt out of them, but even if we do we still may access to God’s love more generally, which is not contingent on whether we accept or decline specific commands (see here and here).

7. The Church is going against the direction of history; solemnizing same-sex sealings in our temples is only a matter of time.

8. Are my nice gay neighbors sinners?

Yes, but we all are. Different laws have different blessings attached to them (D&C 130:21), and to obtain the highest glory we must enter into the new and everlasting covenant of mixed-sex marriage in this life or the next (D&C 131:2, D&C 132). Your gay neighbors qualify to receive blessings for living those portions of God’s law that they are in harmony with, and many of them lead exemplary lives. But being nice is not enough to receive all God has for us. There are other requirements that need to be fulfilled too. These neighbors will inherit an eternal heavenly glory in the same way that one’s nice coffee-drinking neighbor who never joined the Church or the sweet cohabiting mixed-sex couple next door will.

Jesus did specifically endorse opposite-sex marriage, so it is clear Jesus affirms Old Testament teaching on the divine design behind man-woman marriage. Yet The Church of Jesus Christ of Latter-day Saints does not base its doctrine solely on the extant scriptural sayings of Jesus Christ or on a particular interpretation of the Bible. We believe in ongoing prophetic guidance from the Lord. Recent remarks from Elder Holland confirm the extent to which Church leadership have, in fact, sought revelation on these issues directly from the Lord. 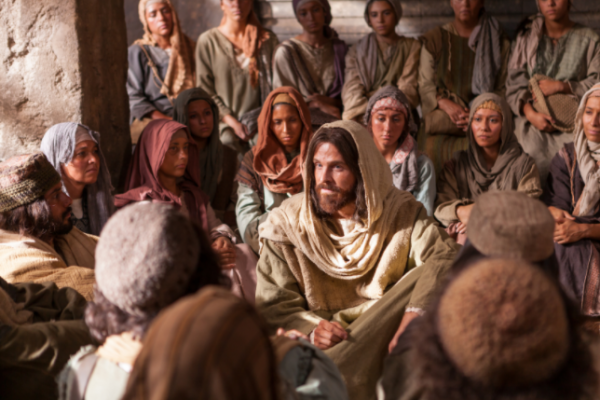 10. The Church still implies that being gay is a choice.

This is demonstrably false. In virtually every recent treatment of this issue, it is either explicitly noted or implied that people have a variety of non-chosen sexual and physical dispositions. The confusion on this point becomes more understandable when you appreciate that some are conflating “being gay” (i.e., having a sexual attraction to the same sex) with homosexual behavior. But that is problematic.  While we may not be able to control our feelings, we can choose our sexual behavior.

A phobia is a clinical term describing somebody who is pathologically and irrationally afraid of something, so it’s not an appropriate label for someone who holds no animus toward and feels no fear of, LGBT+ individuals. The use of that term connotes that somebody has to be mentally ill in order to disagree with a certain position, and there is a dark historical precedent in pathologizing social, political, or theological disagreement. Ultimately, this term serves to silence debate and discussion by simply labeling certain positions out of bounds without first fairly considering them.

In common parlance, “allyship” usually refers to a set of social and political beliefs in addition to one’s attitudes toward individuals who identify as LGBT+. It is, therefore, possible to feel genuine love and respect for LGBT+ individuals without adopting the beliefs that usually attend the term “ally.” In a larger sense, I consider myself an ally and friend to promote the well-being and happiness of every racial, ethnic, religious, and sexual identity. Whether particular individuals in those groups consider me an ally in return is their decision.

13. As a straight person, you can’t possibly know what gay members of the Church are going through. You’ll get to marry someone you’re attracted to in the temple. It’s really easy for you to say this stuff when you don’t have to live with it.

Of course. Christ is the only person who has ever lived on this earth who can rightfully claim to know what everybody has been through, but that doesn’t mean that we shouldn’t think about what others have experienced—or seek to cultivate greater empathy for them. 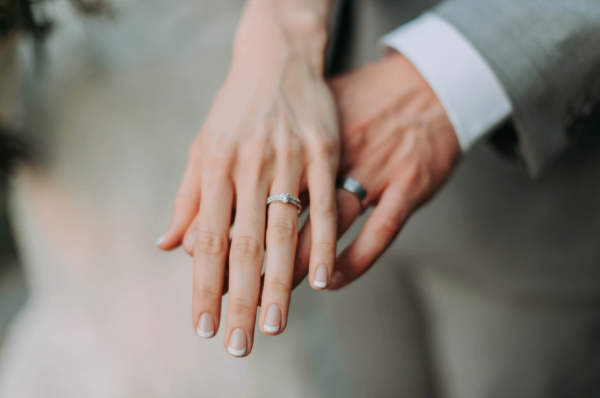 14. Do you have any gay friends or family members?

Sure—and it’s important to understand the thoughts and feelings of LGBT+ individuals. Arguments, however, should be able to stand on their own feet regardless of the identity of the person making them. And when people with heteronormative beliefs point to a friendship with  LGBT+ individuals, it is often mocked as a “some of my best friends are …” so there is no incentive for being open about one’s personal connections with  LGBT+ friends or family.

15. The Church’s position on this issue will make it less appealing to people.

Whether a particular position makes the Church popular or not is logically unrelated to whether the position reflects the will of God. If God cared a lot about making his restored Church popular, our history would have been very different! Additionally, solemnizing same-sex sealings would probably deter attendance in less-developed nation congregations that will increasingly form the backbone of the Church in the future.

16. We should love our LGBT+ brothers and sisters.

Of course! I agree, and so do all General Authorities and virtually all Church members; this is not a controversial point in the Latter-day Saint community. There is no contradiction and no insincerity in having a testimony of the Church’s position on human sexuality while loving people unconditionally. This theme is abundant in the Church’s messaging on the subject.

Susan's Baptism to Start the Week!
← Previous
Latter-day Saint Missionary Wounded After Being Shot Multiple Times in Alabama
Next →