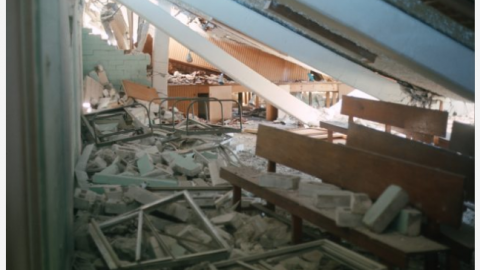 In the early morning of February 4th, 1976, the deadliest earthquake in hundreds of years struck the country of Guatemala. For nearly one minute, the earth heaved as the North American and Caribbean plates slipped along 150 miles of the Motagua fault.

Nearly 23,000 people died in this earthquake and more than 77,000 were injured. The earthquake was so deadly, not because it was particularly powerful, – it was only a magnitude 7.5 – but because it happened in the early morning while its victims slept. People didn’t wake up with the shaking, and their homes collapsed in on them. This led to nearly 23,000 deaths and over 77,000 injuries. 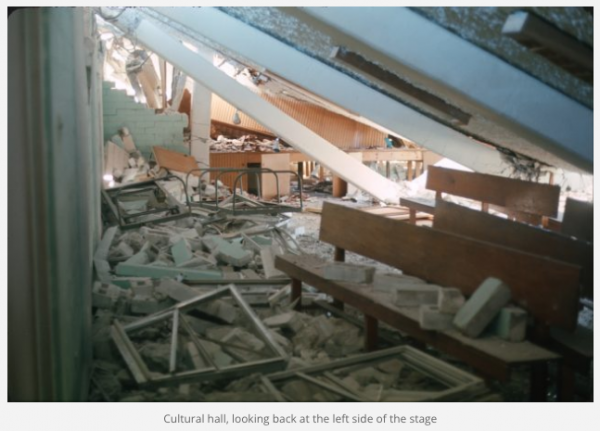 In addition to the deaths and injuries, about seventy percent of homes in Guatemala were damaged, more than 250,000 homes were destroyed and over one million people, about one third of the population of Guatemala, were left homeless.

I was just a 13-month-old baby, living with my parents and six sisters in Guatemala City, and I was asleep through the ‘76 earthquake. My crib was in my parent’s room, and I slept with a porcelain doll the same size as me. At 3:01 in the morning, my father felt the shaking and woke my mother up.

Mamita grabbed me from the crib, but seconds after stumbling outside of her bedroom, she noticed that she had picked up the porcelain doll in the crib instead of me. Quickly, she went back to their room, staggering like a drunken sailor, to grab me from her bed where she had been nursing me.

The U.S. Geological Survey recounted one man’s similar experience. He “tried to get out of bed and failed. He waited several seconds and tried again, failing for the second time. He stayed in bed for about 30 seconds, and then he was able to get up, pick up a child from a crib, and go out. As he was going out, he felt the second severe horizontal ground motion, which collapsed his house.”

Our house didn’t collapse, but it was severely damaged, with a large crack in one of the walls running from the foundation to the roofline. The damage was so bad, we had to buy a new home.

For many days and weeks, there were strong aftershocks that shook our weakened house and with each new tremor came new trauma. Was the next earthquake going to be our last? The reason why so many people died in that Guatemalan earthquake was because their homes didn’t have firm foundations. They were built from adobe and many were built on the sides of ravines and gullies in Guatemala city.

President Russell M. Nelson talked about having a firm foundation in his talk in October 2021 general conference. He talked about how the Salt Lake City temple’s foundations were being shored up, so that when the next earthquake hits Utah, it will be the safest place to be in the Salt Lake Valley.

The secant walls and buttresses contain the soil and hold the foundation of the temple in place in preparation for drilling under the existing footings of the temple, Salt Lake City, July 2021.

He then said that if we make temple worship a central part of our lives, it will focus us on the Savior Jesus Christ, and give us strong spiritual foundations.

“[W]henever any kind of upheaval occurs in your life, the safest place to be spiritually is living inside your temple covenants! Please believe me when I say that when your spiritual foundation is built solidly upon Jesus Christ, you have no need to fear. As you are true to your covenants made in the temple, you will be strengthened by His power. Then, when spiritual earthquakes occur, you will be able to stand strong because your spiritual foundation is solid and immovable.”

I am so thankful for the guidance of President Nelson. I know that he is a true prophet, and that by following his guidance, we will be blessed and protected. I know that there are going to be upheavals in my life in the future, but that by keeping true the covenants I’ve made in the temple, I will be protected and strengthened with the power of Jesus Christ.

To read a more detailed account of the 1976 Guatemala earthquake, read > Latter-day Saint Missionaries in the Guatemala Earthquake of 1976