New Book of Mormon Evidence: Was An Ishmael Really Buried There? 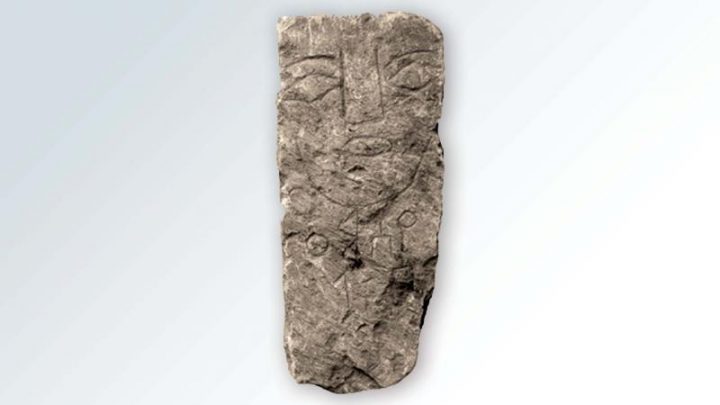 Several years ago, around 2013–2014 (I confess, I do not remember exactly when), I was in one of those pointless online arguments we’ve all fallen trap to at one time or another.

I do not really recall who it was with or what exactly it was about, but it must have had something to do with evidence for the Book of Mormon because I was rehearsing all the evidence (as I then understood it) for identifying Nahom with the Nihm tribal area in Yemen. I talked about how it was in the right place, was documented by inscriptions back to Lehi’s time, and how there were extensive burial grounds in the surrounding region.

Much to my surprise, rather than dispute any of the evidence I had thus far presented, the skeptic with whom I was verbally sparring responded by asking for even more—specifically, he asked if there was evidence that someone named Ishmael had been buried there. I admit that I was a bit taken aback by this expectation.

The stark reality of human history is that the vast majority of people who have ever lived and died cannot be documented by name. Expecting to find evidence identifying a specific person buried in the desert far from their home millennia ago struck me then—and still does now—like trying to find a polar bear in a snowstorm. Good luck.

As I recall, I responded by explaining why I did not think that was reasonable evidence to expect. Based on my knowledge at that time, I wasn’t aware of any inscriptions found among the burials in the area, so how could we possibly determine if any of the individuals were named Ishmael? And even if we could, Ishmael’s been a pretty popular name in the Middle East since antiquity—how would we ever prove it was the Ishmael from the Book of Mormon? I thus pointed out that, given his skeptical disposition, even if we had such evidence, I doubted it would really make a difference.

Fast forward to February 2018. I was searching through collections of Ancient South Arabian inscriptions, looking for information germane to the Nihm tribe, when I came across a Sana’a National Museum catalog of funerary stelae from the Wadi Jawf. The Nihm tribal area borders the Wadi Jawf, so I thought these stelae might be of interest as a contextual resource, something that might help us better understand the burial practices and customs of the general region where Ishmael was buried. So I briefly glanced through it, then moved on.

About a week later—on February 13, 2018—I was organizing the research I had been doing and once again came across the catalog of funerary stelae. I had honestly completely forgotten about it, so I glanced at it again, and again thought to myself that this could be useful as a contextual resource, and then started to move on. 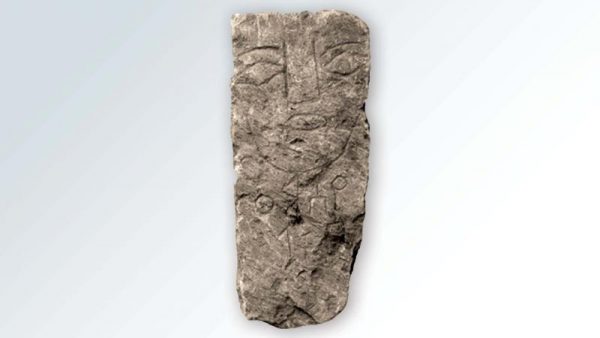 Image of the “Ishmael” stela.

Some minutes later, the thought struck me: these stelae have names on them! Do any of them say “Ishmael”? I went to the index of proper names, and scanned for anything that looked like it could be translated as “Ishmael.” I was not 100% sure what to look for, but I had a pretty good idea.

I knew the Hebrew for the name Ishmael was transliterated as yšmʿʾl. These inscriptions were not written in Hebrew, but it was a related Semitic language, so I figured I needed to find something that looked similar. Sure enough, as I looked through the index of proper names, it listed six examples of the name ys1mʿʾl.

I must admit, at this point, I was getting a little excited. I quickly looked up each example of ys1mʿʾl to see if any of them dated to the right general time-period. One—and only one—did. I decided to share this with a select group of Latter-day Saint scholars and researchers who I knew would be interested in this potential find, including Semitic linguistic experts who could help me establish whether ys1mʿʾl—which was translated in the catalog as “Yasmaʿʾīl”—really was the ancient South Arabian equivalent to “Ishmael.”

A few days later, I had confirmation that ys1mʿʾl is, indeed, the South Arabian form of the name “Ishmael,” with the same meaning in South Arabian as it has in Hebrew—“God has heard,” or “may God hear.”

Over the last few years, I’ve periodically presented this find to small groups of scholars and others as I’ve continued to do research further exploring the possibility—and I stress that it is only a possibility—that the Ishmael represented by this stela was the Ishmael in the Book of Mormon. That research is still on-going, but a note describing what I’ve found up to this point is now published, allowing everyone to read and decide for themselves what they think of this interesting discovery.

Even with this stela in hand, I personally feel no different than I did back in 2013 or 2014, when I was locked into a frivolous online argument—definitive evidence that the Ishmael of the Book of Mormon was buried anywhere in northern Yemen, near where the Nihm tribe dwells, is unlikely to ever be forthcoming.

The name “Ishmael” was indeed a popular name in the ancient Near East (although, as it happens, it was not particularly common in Yemen in Lehi’s day), and both this stela and the Book of Mormon lack sufficient identifying information to make a strong correlation.

But it nonetheless strikes me as rather remarkable that we can document that an Ishmael was buried in the vicinity of the Nihm tribal region around the time of Lehi. If I am ever asked again, “Was an Ishmael buried there?” while talking about Nahom, I can now positively say, yes.