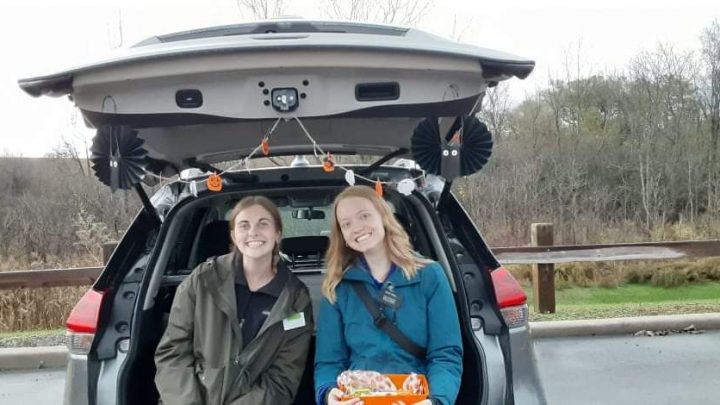 Happy November everyone! It’s so crazy that there are only 2 months left in 2021. Let’s make it count!
FOLLOW OUR MISSION’S SOCIAL MEDIA!! Here’s a shameless plug to follow our pages! We work really hard to put out uplifting, inspiring videos/pictures so go give it a follow!
Instagram is: @lightofchrist.upstate and Facebook is: https://www.facebook.com/lightofchristupstate/. You might see a familiar face every once in a while!

We had District P-Day on Monday! We had pizza and carved pumpkins. It was a blast to be with other missionaries in a more casual setting! The Elders in our district are hilarious  I carved “NYSM” into my pumpkin for New York Syracuse Mission! 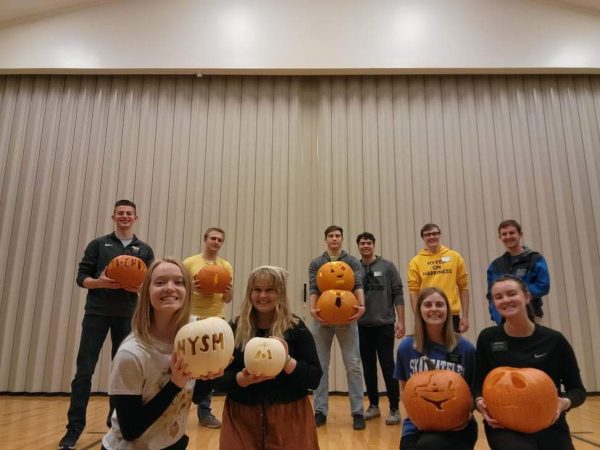 We had a lesson with our friend, Darren, this week and it reminded me that I haven’t shared the amazing story of how we found him! A couple weeks ago, we were walking down the street and decided to knock on a door. It was a lady named Nicole and she was interested in hearing our message about Jesus Christ! We shared a little bit with her and got her phone number so we could set up another time to stop by.
Well one night, we tried to call her but accidentally dialed the wrong number. It ended up being a man named Darren. We got to know him a little bit over the phone and then told him who we were and he said he would love to hear our message!! We told him over the phone and set up another time to call. Now we’ve had 2 lessons so far with him and he’s coming to church on Sunday! How cool is that?! We accidentally dialed the wrong number and it led us to Darren! Definitely not an accident or coincidence in my eyes!
Here’s a funny fact – there are crows flying EVERYWHERE here. We learned that they flock towards the city when it gets colder to eat the garbage. They are so loud and we can hear them every night! There are so many of them, it’s crazy!!
We had a trunk or treat with the ward on Saturday! It was fun! Too bad missionaries can’t dress up! But we decorated our trunk and passed out candy!

I finished the Book of Mormon this week!! A scripture that stuck out to me was Moroni 8:16-17. “…Behold, I speak with boldness, having authority from God; and I fear not what man can do; for perfect love casteth out all fear…And I am filled with charity, which is everlasting love.” I’ve been really praying for love for the people here in Auburn! I’ve seen it help me not be as scared to talk with them! 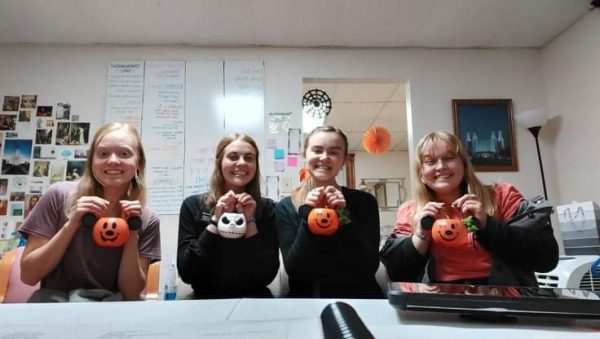 Have a fantastic week!! I love you all so much and pray for all my family and friends every single morning and night!
Before We Celebrate "Staying In" the Church, Let's Remember The Real Goal
← Previous
New Book of Mormon Evidence: Was An Ishmael Really Buried There?
Next →
0 shares