In New York! The Concrete Jungle Where Dreams Are Made Of 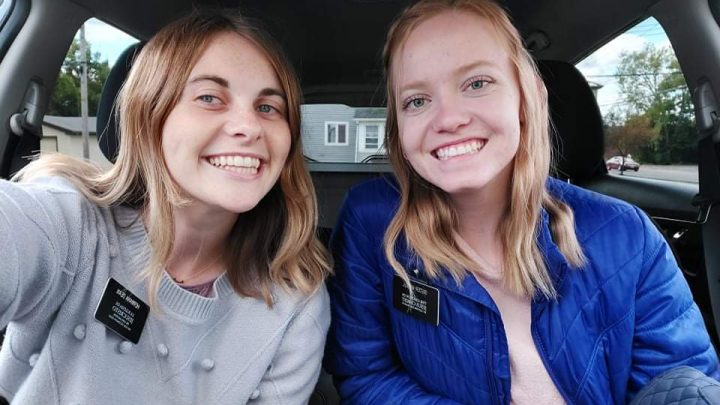 Editor’s note: Many are familiar with my daughter, Sara Arkell, also known as The Piano Gal. Sara has been called to serve in the New York Syracuse Mission and arrived safely in New York on September 28, 2021. This is a series on her weekly letters that we will be posting on the site for those who wish to follow along with her mission. Sara sent this letter on the morning of October 4th. You can read her previous emails here.

I’m in New York!!! I can’t believe it! This is a sort of long email but kudos to those of you who are dedicated and read it! I love you!!! 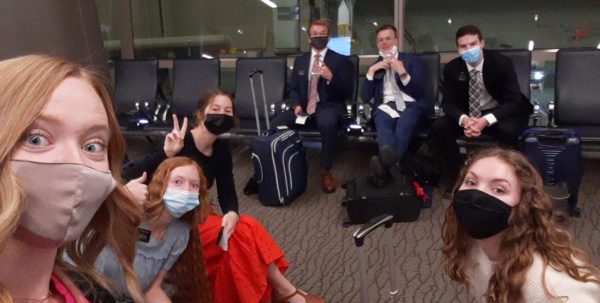 Waiting to board our flight to New York

I spent all day Tuesday last week traveling. It was a long day but I arrived in Syracuse, New York around 6pm! President & Sister Gentry were there to greet us. Right off the bat, I just knew this was gonna be fun. They are so so kind and welcoming! There were about 25 new missionaries arriving with me.
We all piled into vans and went to the mission office for dinner! Yummy catered Olive Garden, it was delicious. Then all the sisters went to the mission home to stay the night! We got to have a sleepover at the President’s house, pretty fun! 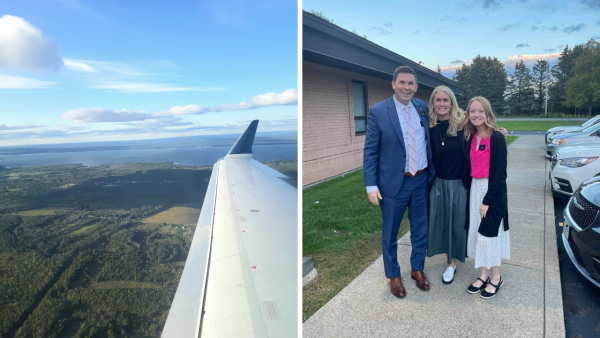 Then we got up the next morning and headed back to the mission office for some breakfast, training, and then to get paired up with our trainers! My trainer is Sister Dean!! She’s been out for about 7 months and she’s from AF, Utah! We’re in Auburn, New York! (About 40 minutes west of Syracuse!) And we’re on the social media team so I’m really excited about that!! Go follow @lightofchrist.upstate on IG! 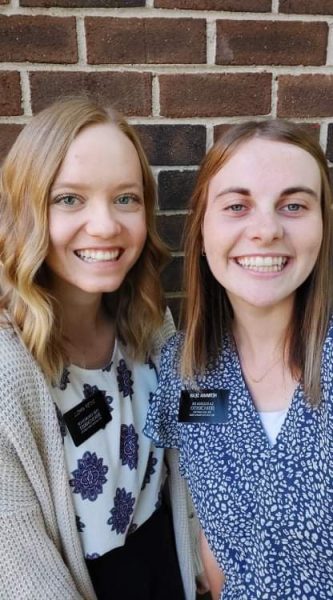 Me and my companion Sister Dean

Our apartment is pretty small and a little run down but it does what we need it to! My companion & I live with Sister Hall & Sister Rowley as well so it’s a party! We don’t have a couch though so we watched General Conference on camp chairs in our living room. 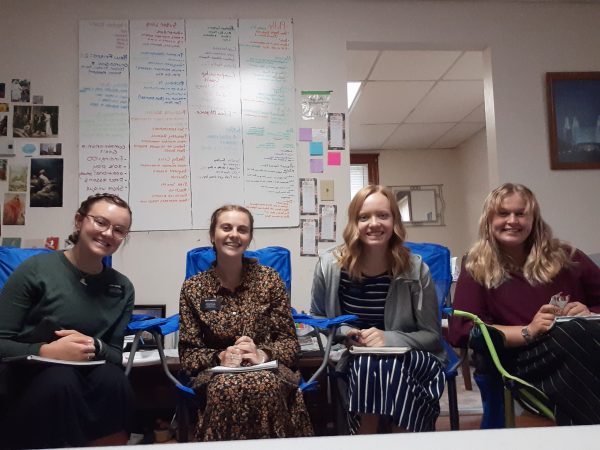 In all honesty, this adjustment has been really really difficult for me! I didn’t expect it to be but wow this is hard! Knocking doors, being in a new place, talking to strangers scares me to death haha. I get so nervous and anxious! I feel super uncomfortable and scared so it’s been something I’m trying to work through. Thank goodness that I can rely on Christ for strength when I can’t do things on my own!! He has literally been carrying me this week.

A Spiritual Experience That We Both Needed

On Saturday night, we went to a member’s house. He has been inactive for a long time and is trying to get back on track with everything. As we were talking, he was telling us about an experience he had a few years ago where he was praying to God because he was in a really dark place. As he was going to kneel down, he dropped his scriptures and they opened to a scripture that was a direct answer to his prayers. But he was telling us that he completely forgot the scripture and hasn’t been able to find it since then.
As I was listening to him, a scripture popped in my head. I pushed it off for a little bit but it kept coming to me so I grabbed my scriptures and found the reference I was thinking. Not knowing if it was actually the scripture he had been looking for, I read it to him and he was shocked! IT WAS THE EXACT SCRIPTURE.  That was such a neat experience for the both of us. The Spirit had led me!! It was so so cool.  (Editor’s note: I ask Sara what scripture it was and it was Doctrine and Covenants 122:7-9. She said the word “experience” popped into her mind and she looked up that word in the index and was able to find the scripture.) 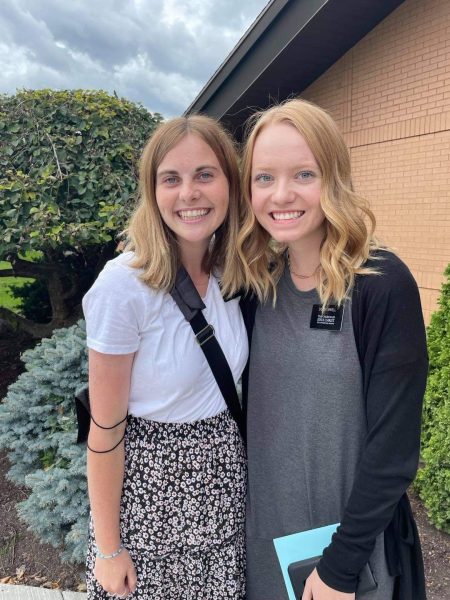 General Conference was amazing!! So many good talks! I am so thankful for a living prophet and apostles. It’s such a blessing to me! And let me tell ya, conference is different as a missionary. I feel like I soaked it in so much more. I loved it! I loved Sister Johnson’s talk. One thing that stuck out to me was “God knows your potential perfectly so He’ll put you in places you would never imagine.” This is SO true!! I would love to hear takeaways you got from conference if you wanna respond to this email! 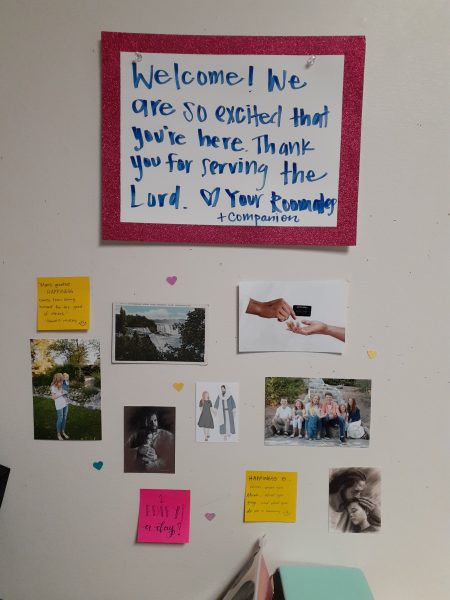 Oh and another funny thing – we’re not allowed to refer to each other as “guys” out here on mission. It has to be elders or sisters. So none of “what do you guys do when…” or “what is your guys’ favorite…” every time I say that, I’m corrected to “sisters” instead  it’s so annoying haha, I never realized how often I say it!
My mission can message friends and family on FB messenger, not just email, on P-days so I wanna hear from you! 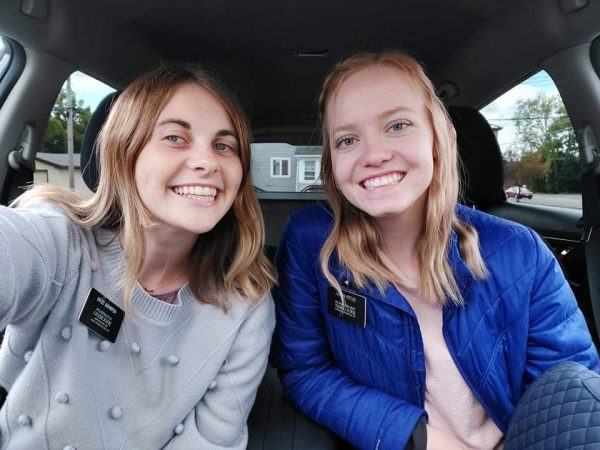 I love you all! Have the best week in the whole world!  -Sister Arkell
18-Month Old Memorizes Faces of Apostles and Prophets and Recognizes "Friends" on Television During General Conference
← Previous
Nik Day: "I Was Quoted By An Apostle in General Conference"
Next →
0 shares