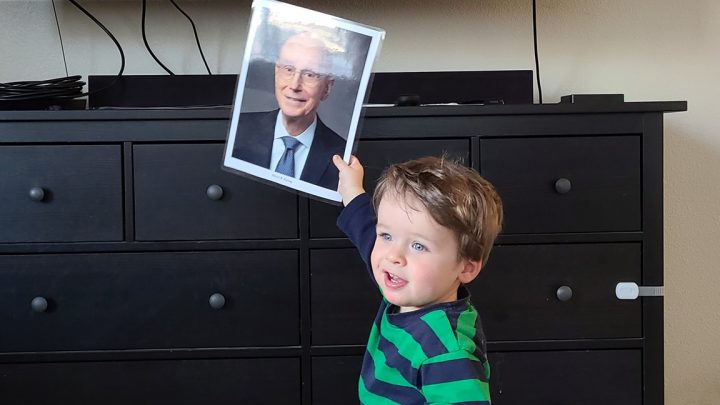 In preparation for last April’s General Conference, Chelsea and Ben Austin were working with their 18-month old son, Oliver, on memorizing the names of the apostles and prophets.

Mind you, he doesn’t even know his colors yet.

With his cute red and white striped pajamas on, and pacifier in mouth, Oliver listens as his dad, Ben, says the names of the apostles and Oliver finds the right one.

After having memorized all of the names and faces of the apostles and prophets, Oliver was very excited in April 2021 to see his “friends” during General Conference on the TV in his living room! 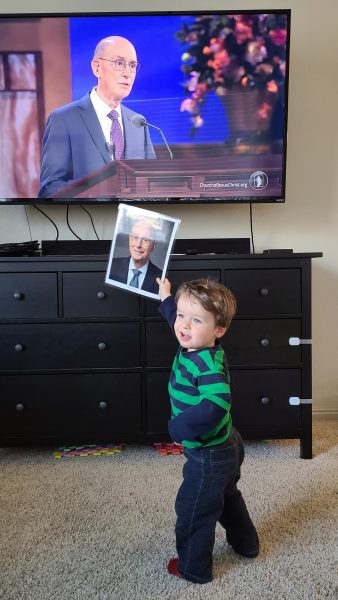 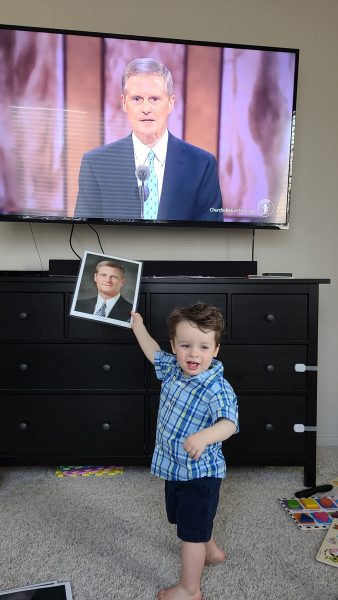 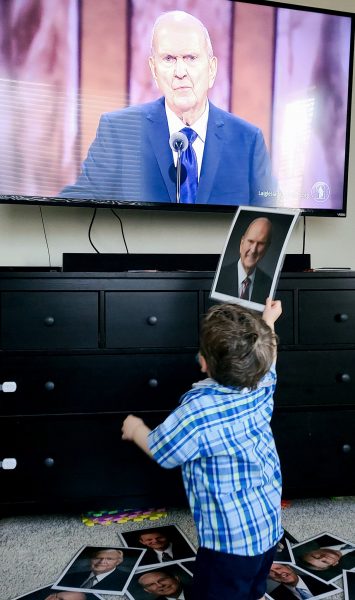 NEW SONG About Hope for Addiction By Stephanie Pugh "I Am Why He Came" MUSIC VIDEO
← Previous
In New York! The Concrete Jungle Where Dreams Are Made Of
Next →

I love your site, Ben. Love to follow Sara on her mission....you always have pertinent, faith-filled articles. I'm 88 and got off facebook when I was scammed too many times, so I'm not on social media, but I love to use the computer, email and texting on my phone. Thank you for your great work.