In case you aren’t a football fan, you might not be aware that Brigham Young University and the Utah Utes are quite the rivals. It’s one of the most historic football rivalries that exists today. With good reason, it is called the Holy War.

It’s also interesting to note that BYU hasn’t beat the Utah football team since 2009. They’ve played 9 games over that span and it’s been a historic and painful drought for BYU Cougar fans. My twelve-year-old son was 5-months-old the last time BYU defeated Utah. 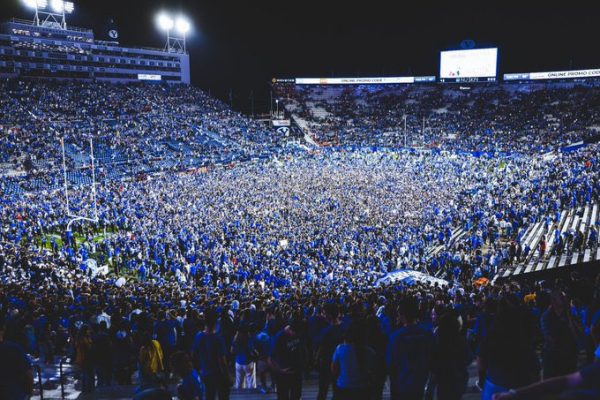 Luckily, BYU finally defeated Utah 26-17 at LaVell Edwards Stadium in Provo, ending the teams 9-game losing streak. The fans stormed the field after the huge win and basked in the sweet redemption after so many years of disappointment.

Where’s the BYU After Party?

A BYUtv reporter caught up with Uriah Leiataua, a defensive lineman for the BYU to see what BYU’s after party plans were.

The reporter asked Uriah, “Where’s the after party for you tonight?” and his response was an instant classic!

Almost as classic are the voices of the family in the background who recorded the video as they expressed their approval of Uriah’s response. You can hear one person say, “That is too good!” and another say, “That’s awesome!”

The video clip, posted on the Called to Share YouTube channel, has already garnered over 85,000 views. Many of the comments on the YouTube channel express a similar sentiment to that which was captured in the video – people expressing praise for this young man and his great response.

Hopefully Uriah and the rest of the team had a good morning at church and were able to stay awake. The game ended close to 12AM MST, and they probably didn’t get to bed before 2AM.

Thanks for your great example Uriah, and as you said it best, “Praise God!”