Listening to the Still, Small Voice 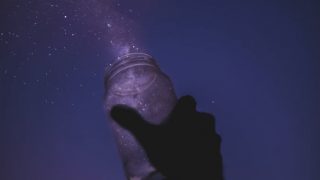 Four years into our marriage, my wife and I had three daughters under the age of three. Our newborn daughter slept in a bassinet next to our bed, and our 2- and 1-year old daughters slept on a trundle bed in the adjoining room. Our 1-year-old, Suzy, a very restless sleeper, slept on the lower mattress.

One night, as I slept, I began to dream that my daughter Suzy was calling out to me.

“Dada… Dada… Dada,” she called. Her small voice was faint and distant in the dream, and I kept on sleeping, but she called out again.

“Dada… Dada… Dada.” Suzy’s tiny voice was getting more insistent in my dream, and I turned every direction to try to determine where she was calling me from, but I couldn’t find her.

Finally, I heard her call out again. Although her voice was still quiet and distant, this time, there was a pleading, almost desperate quality to her voice.

Something about the tone in her voice jolted me out of my dream. It was as if her voice “pierced me to the center” and I immediately jumped from my bed.

My heart racing, I raced to my daughter’s room to check on her.

My two-year-old, Gabby was sleeping peacefully, but Suzy wasn’t in her bed.

I quietly called out to her,

“Here,” she replied, and her voice came from under her sister. Sometime earlier in the evening, Suzy had fallen between the crack and ended up trapped underneath Gabby’s bed.

Her voice had sounded so distant because it had been muffled by her older sister’s mattress.

I pulled Suzy out from under the bed and cradled her in my arms. I took her to our bed, and set her in between my wife and me. I sang to her until she calmed down.

When she fell asleep again, I thought about a story in the Book of Mormon found in 3rd Nephi Chapter 11. 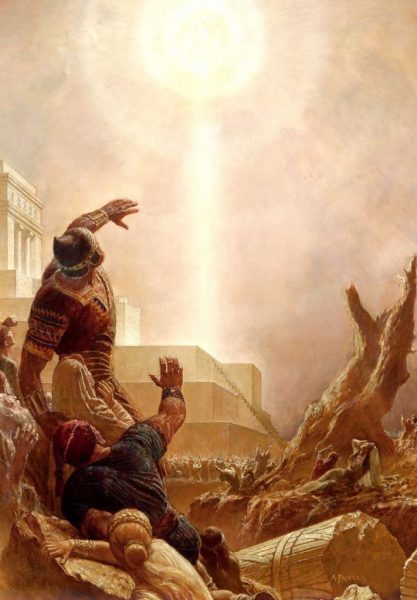 When Christ visited the Americas after his death and resurrection in Jerusalem, the people he visited were gathered around a temple talking about Christ and the signs of his death.

While they were talking with each other they heard a voice coming from heaven. The first time they heard the voice, they recognized that it was not a loud or harsh voice, but they couldn’t understand it.

They look all around them but couldn’t determine what the voice was saying.

They heard the voice a second time, but once again they couldn’t understand it.

Finally, they heard the voice a third time and “opened their ears to hear it.” It was the voice of God the Father, announcing His Beloved Son, Jesus Christ.

I thought about my daughter’s desperate pleas for help. Her voice so quiet and distant, and my ears were closed to the real meaning of her cries.

I thought about how many times God has spoken to me, but because I have been distracted or closed off from His influence, I haven’t opened my ears to hear.

God rarely speaks with a voice of thunder. He generally doesn’t speak to us in fire or in earthquakes, or in great tumultuous winds, but with a still small voice.

As we remove the distractions in our lives, as we open our ears to His words, His promptings, guidance, and revelation become more apparent to us. God loves us and wants to guide us and direct us. We just have to be willing to listen.