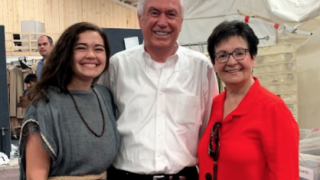 After waiting for over a year for medical clearance to serve a full-time mission, my daughter Tatiana, who has type-1 diabetes, was called to serve in the California Ventura Mission as a Spanish-speaking sister for The Church of Jesus Christ of Latter-day Saints.

Tatiana was only able to serve a few months as a full-time missionary before being issued a medical release. This was an extremely difficult time for Tatiana, and she was very disappointed that she couldn’t finish her full-time mission in Ventura. 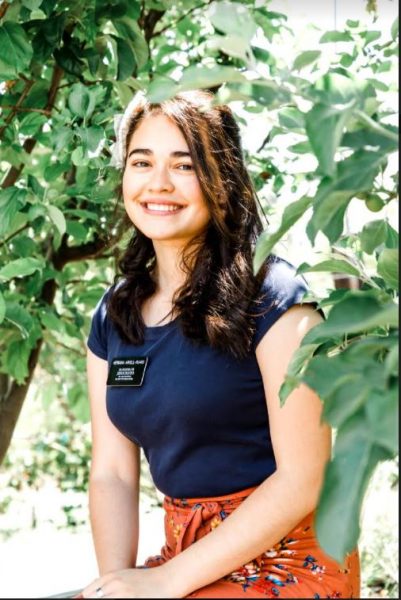 Despite the challenges inherent in being released early from her mission service, many tender mercies helped Tatiana cope with this challenging time.

One such tender mercy happened the day after she came home from California. That day, Tatiana was asked to work as an extra filming scenes for the Book of Mormon Video Library. They were filming the scene of Christ’s visit to the people in the Americas that day. Tatiana was excited to be able to approach the actor playing Jesus and feel the wounds on his hands and his feet.

Earlier that day, as Tatiana left the wardrobe area, she ran into Elder Dieter F. Uchtdorf, one of the members of the Quorum of the Twelve Apostles. Elder Uchtdorf was visiting the set with his wife, and had an assistant traveling with him. Elder Uchtdorf asked Tatiana if she wanted his assistant to take a picture of them. Tatiana happily agreed, and after the picture Elder Uchtdorf engaged in a few moments of some light conversation with her. 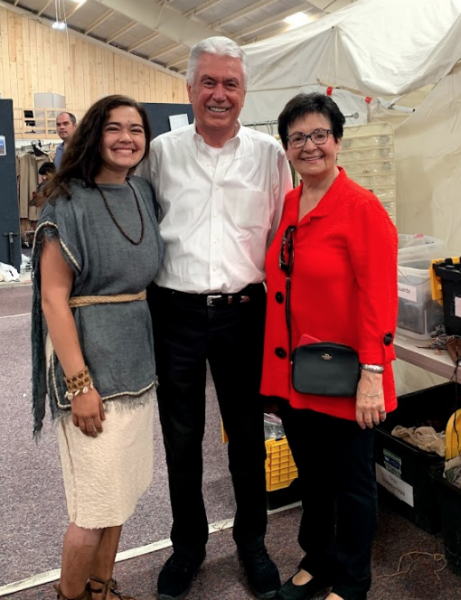 Tatiana told him that she had just returned from her mission, but didn’t mention that she finished her mission early. Elder and Sister Uchtdorf then began to walk away, when Elder Uchtdorf paused and turned back to Tatiana.

“The Lord wants you to know,” he said, “that your service was enough.” He smiled and continued on his way.

Tatiana felt as though God were speaking directly to her. She felt as though Elder Uchtdorf’s words were a direct answer to her prayers. A feeling of peace and contentment rushed through her and she knew that the Lord was mindful of her. He wanted her to know that despite her challenges and the fact that she wasn’t able to serve for a full 18 months, her service was still appreciated and her sacrifice was worthwhile. 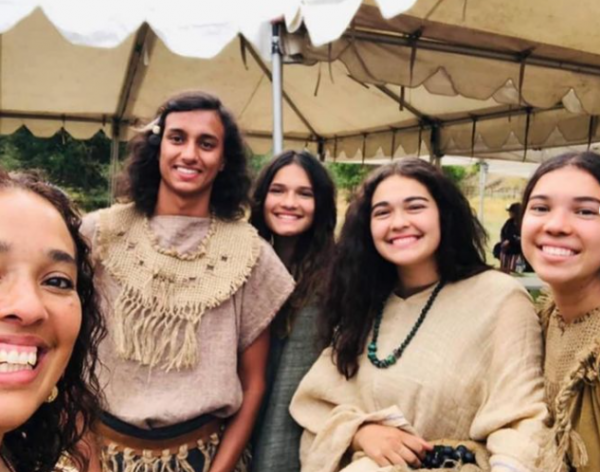 I was able to witness this exchange between Elder Uchtdorf and Tatiana from a distance. I had brought her to the movie set and was waiting in the background. I wanted to meet Elder Uchtdorf too, but for some reason, the Spirit indicated to me that I should hold back and let this be Tatiana’s moment.

The Lord wants you to know that your service was enough.

I’m so thankful for my membership in The Church of Jesus Christ of Latter-day Saints, where we have prophets, seers, and revelators who can act as mouthpieces for the Lord. I know that God loves all of us individually and is able to bless our lives and buoy us up in challenging times through his many tender mercies.

I know that Elder Uchtdorf’s words were a tender mercy extended to my daughter, and they were timely and very welcome during one of her most difficult challenges.

Since posting this article, Tatiana shared this experience on social media in her own words, and we want to include them below because they are so powerful.

I came home early from my mission because of health issues that were mental and physical. I was really embarrassed and ashamed that I wasn’t strong enough to finish the 18 months and wanted so much to be okay enough to go back out! But God had another thing in mind.

My mom decided to sign me up for the Book of Mormon videos the day she found out I was coming home. I was soooo sad and felt awful about how things went down, so I took my time getting ready to go to set. While I was there feeling sorry for myself I turn around and who do I see? Dieter F. Uchtdorf!!! All I remember is him walking by me and saying hi. He asked some questions and we somehow got onto the topic of missions.

He found out I got home the day before and was super nice about it! He didn’t know that I came home early… but we took a picture after chatting for a bit and he had to go. Then right before walking onto set, he turned to me and said “The Lord wants you to know… that your service was enough.” He smiled and walked away.

I was so touched and felt like God was speaking directly to me. A feeling of peace and rushed through me and I knew that the Lord was listening to me and aware of me. He wanted me to know that despite my challenges and the fact that I hadn’t served for a full 18 months, my service was still appreciated and enough.

Heavenly Father is truly mindful of us, His love is always there, I have had many experiences that has helped me know that He is ever near, ever caring, loving,kind and forgiving when we truly repent. He does speak to us in ways unique to us. We're really blessed to have a loving Heavenly Father and His son Jesus Christ in our lives.

I hope this message gets to Elder Clark Gilbert, Church Commissioner of Education. I believe it is time to build a BYU East. The difficulty for many middle income student to travel across the country is a limiting factor in many young adults lives to attend a Church affiliated university. In addition, the missionary impact an eastern Church university cannot be overstated. We are now touting our Church as global, which it clearly has become. At least we should have a University presence on both sides of our country. Randall R Ruch, Valley Forge First Ward.

This really touched my heart. Thank you.

@Bonnie W Smith, Thanks for your kind words!

My son was giving me a blessing for upcoming surgery. During the entire time he spoke, I felt like it was not my son's voice speaking over me, but God himself. I will never forget that moment.

@Patricia A Osborn, What a special moment for you! When we heard God speaking to us, it brings us such peace and joy.

As expected, Miracles occur much more often than we think! If we pray to see them, we will, and while they don't convert, they really do add a very special testimony of how important each child of God really is! #justsaying

Actually, I meant the story originator's daughter. Your daughter's music video was touching and I play it all the time.

It seems like every time I receive your newsletter I have to get my tissues. I loved Elder Bednar's talk on tender mercies and Elder Lund's book, Divine Signatures. These instances such as your daughter has are wonderful reminders that our Father in Heaven and the Savior, Jesus Christ, know us individually and want us to be happy. That includes a heavenly correlation council when "coincidences" are planned out to enable individual blessings. If we pause to ponder our lives we can all recognize the tender mercies we have received. I know I have many more than I really deserve. Thank you, Daniel, for this newsletter. It is a great blessing to me!

@Steven, It's amazing to see God's hand in our lives. We need to be looking for and acknowledging His hand in all things. Miraculous spiritual experiences can help us as catalysts for dramatic life-altering change and in the slow process of continual conversion.