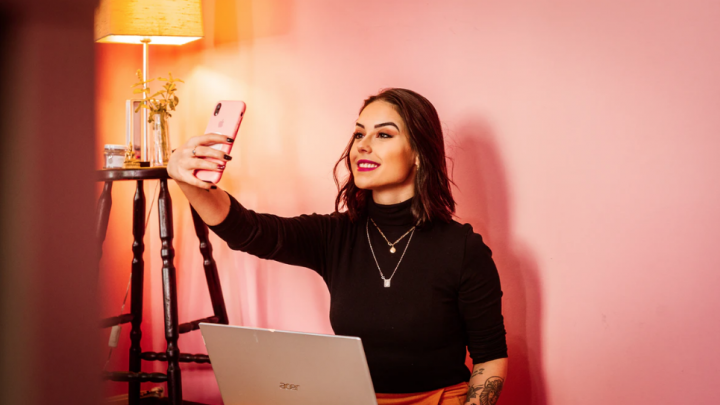 In the New Testament, in Matthew chapter 16, Jesus issued a warning to his apostles telling them to beware of the leaven of the Pharisees and Sadducees.

As could be expected, the apostles were utterly confused and thought Jesus was upset at them for having forgot to bring bread. But that wasn’t it at all.

The Savior wasn’t issuing a warning about bread, or about leaven for that matter. He said: 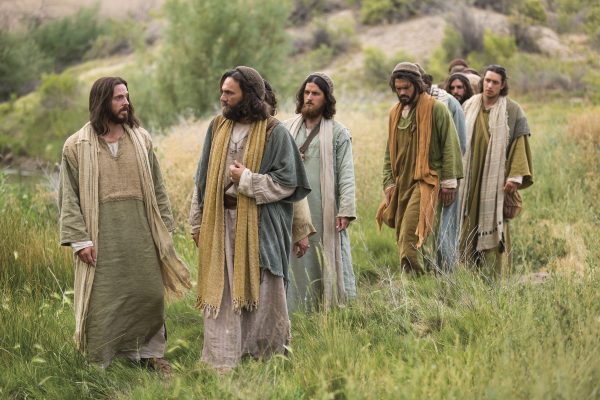 What was Jesus referring to then? It’s the same thing that is plague mankind for all time. It’s the philosophies of men, mingled with scripture.

And what was this doctrine that the Pharisees and Sadducees taught? The Savior explained, “But in vain they do worship me, teaching for doctrines the commandments of men.” – Matthew 15:9

There are many incredible online influencers. Many are taking up the charge issued by Elder David A. Bednar to “sweep the earth as with a flood.”

During an address at the BYU Education Week devotional in 2014, Elder Bednar urged Church members to flood the earth with gospel messages of truth. He said:

“I now extend to you the invitation to help transform the trickle into a flood. Beginning at this place on this day, I exhort you to sweep the earth with messages filled with righteousness and truth — messages that are authentic, edifying, and praiseworthy — and literally to sweep the earth as with a flood.”

It’s incredible to see how many people have done just this – sharing authentic, edifying, and praiseworthy messages that bring people closer to Christ.

However, there is opposition in all things and just as there are those who are seeking to flood the earth with these inspired messages, there are others who seek to teach for doctrines the commandments of men.

Why am I addressing this? Because it’s becoming more common to hear of people who have decided to leave the church because they fall for the lies that are being taught.

What are some examples of these lies? I’ll list just a few. 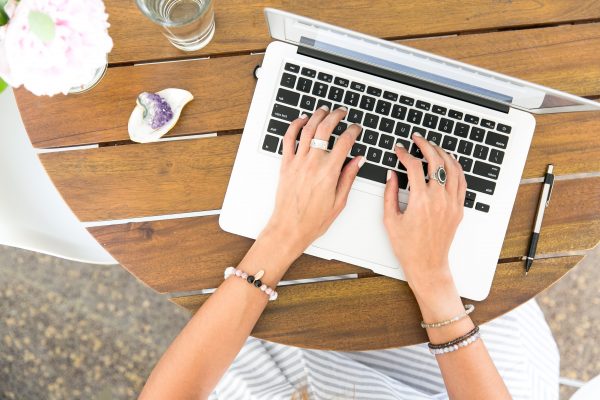 You are Perfect the Way You Are

I’m starting off with the big kahuna, “You are perfect the way you are.” How can this message wrong? How is telling someone they are perfect ever harmful? Don’t people need support, validation, and a nice compliment every now and then?

Yes they do. As one reader noted, some “people really struggle with their own imperfections. They get so bogged-down and overwhelmed with how far behind they seem to be that it’s almost paralyzing. They are so terrified of their own imperfections that they don’t even know where to start. For these people, being told that they’re fine “just the way they are” sort of calms the noise, helps them find peace and stop panicking, and allows them to move forward and improve themselves.”

When this “you are perfect the way you are” message is not congruent with the gospel of Jesus Christ is when it is used to excuse people from repenting and to blame others instead of taking accountability and accessing the beautiful and precious gift of repentance.

Jesus invites us to come unto him and change! Elder Holland stated:

“At the zenith of His mortal ministry, Jesus said, “Love one another, as I have loved you.” To make certain they understood exactly what kind of love that was, He said, “If ye love me, keep my commandments” and “whosoever … shall break one of [the] least commandments, and shall teach men so, he shall be … the least in the kingdom of heaven.” Christlike love is the greatest need we have on this planet in part because righteousness was always supposed to accompany it. So if love is to be our watchword, as it must be, then by the word of Him who is love personified, we must forsake transgression and any hint of advocacy for it in others. Jesus clearly understood what many in our modern culture seem to forget: that there is a crucial difference between the commandment to forgive sin (which He had an infinite capacity to do) and the warning against condoning it (which He never ever did even once).”

If you follow someone who never asks you to change, never invites you to repent (repentance is a happy word, remember that it is a gift after all) and never points you to Christ so you can be better, run!

God Will Love You No Matter What

Is this a true statement? Absolutely. Your Heavenly Parents will always love you, but if we are proclaiming this truth to justify our behavior and remove guilt for not following counsel, then we shouldn’t.

Case in point. An influencer on Instagram posted a story that said “Your Heavenly Parents love you no matter how many piercings you have.” Now, is this statement true? Yes. But what was the reason for the statement? Was it to show the love of God or to excuse one for not following counsel from prophets regarding piercings?

It’s not just piercings. It’s anything. I’ve seen many use the same tactic. God will love you no matter what, therefore you are justified in committing a little sin.

And there shall also be many which shall say: Eat, drink, and be merry; nevertheless, fear God—he will justify in committing a little sin; yea, lie a little, take the advantage of one because of his words, dig a pit for thy neighbor; there is no harm in this; and do all these things, for tomorrow we die; and if it so be that we are guilty, God will beat us with a few stripes, and at last we shall be saved in the kingdom of God. – 2 Nephi 28:8

When we keep God’s commandments and counsel from prophets, it is not to earn God’s love. It is to show that we love Him. As John 14:15 says, “If ye love me, keep my commandments.”

One of the loudest declarations of late has been the attack on the leadership of the Church of Jesus Christ of Latter-day Saints. In the eyes of many of these influencers, they are just a product of a patriarchal system and of toxic masculinity. They do not accept prophets as the mouthpiece of the Lord.

Elder Holland addressed this topic in part during a 2006 General Conference address called Prophets in the Land Again. He said:

“Not often but over the years some sources have suggested that the Brethren are out of touch in their declarations, that they don’t know the issues, that some of their policies and practices are out-of-date, not relevant to our times.

As the least of those who have been sustained by you to witness the guidance of this Church firsthand, I say with all the fervor of my soul that never in my personal or professional life have I ever associated with any group who are so in touch, who know so profoundly the issues facing us, who look so deeply into the old, stay so open to the new, and weigh so carefully, thoughtfully, and prayerfully everything in between. I testify that the grasp this body of men and women have of moral and societal issues exceeds that of any think tank or brain trust of comparable endeavor of which I know anywhere on the earth. I bear personal witness of how thoroughly good they are, of how hard they work, and how humbly they live. It is no trivial matter for this Church to declare to the world prophecy, seership, and revelation, but we do declare it. It is true light shining in a dark world, and it shines from these proceedings.” 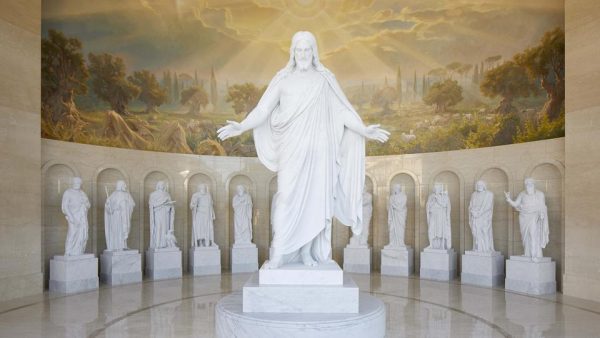 We need prophets. We need Christ. We need them both. Please put your faith in both.

Beware of the Leaven

The list could go on and on. There are many false philosophies present in our world today and the thing about the commandments of men is that they are so easy to follow. They require no effort and no change. Because of that, by following them you will never become anything.

Beware of these false philosophies and continually seek the Lord through prayer, through scripture study, through study of the general conference addresses and you will be able to see more clearly the path to follow. Amid the gloomy darkness of a troubled world, “the light of Jesus Christ shines ever brighter,” President Russell M. Nelson wrote.

Thanks for this and your other writings also. Right on.

The "You are Perfect the Way You Are" section stood out to me, and I worry that you misunderstand the purpose of that mindset.

Some people use their weaknesses as a drive to improve and be better. The occasional chastisement is helpful, it helps them improve, it's motivational. Heavy-handed approaches work just fine on these people.

Other people really struggle with their own imperfections. They get so bogged-down and overwhelmed with how far behind they seem to be that it's almost paralyzing. They are so terrified of their own imperfections that they don't even know where to start. For these people, being told that they're fine "just the way they are" sort of calms the noise, helps them find peace and stop panicking, and allows them to move forward and improve themselves.

You don't seem like you're one of those people, so I get that you don't relate to this. But please try and understand that not everyone operates the same way you do. There are many people who need to hear that there's room for all in the church, that they're good enough to join, and worthy of being a part of it.

In short, the "you're perfect the way you are" mentality helps some people believe that they really are capable of becoming better, when they didn't before.

I really appreciate your comment, and if you don't mind, would love to add a portion of it to this article. When the "You are perfect the way you are" becomes problematic is when there is never the realization or expectation that you can become better. I'll be sure to modify my article slightly to be more sensitive to those who need a gentle reminder to come as you are, with the expectation that you are able, through Christ, to change as needed. Thanks for your feedback!

Thank you for this message, a great reminder of us all.

Yes a thousand times! Thanks for this message!

You bet, thanks for reading it!