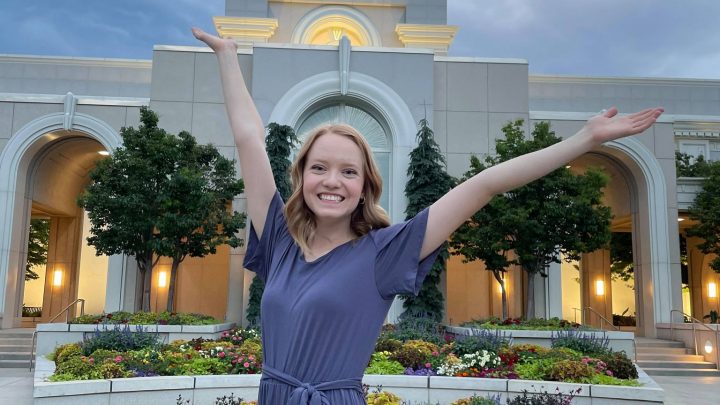 The temple garment is definitely one of the most misunderstood and mocked symbols of The Church of Jesus Christ of Latter-day Saints.

Just as many outside the church ridicule and mock it, when it comes to those inside the church, it doesn’t come without controversy. (Both the Wall Street Journal and The Exponent posted criticisms of the garment – with one member advocating for getting rid of the garment altogether.)

Many honor and treat the garment with respect, as well they should. However, the garment at times can be taken for granted among members of the church.

Many of our leaders have addressed this issue, most recently Sister Becky Craven of the Young Women General Presidency, who said:

I love this idea of being careful versus casual, especially when it comes to sacred things.

As a dad, I’ll be honest, I was a little concerned about my daughter and what her attitude would be toward the garment. That’s one of the biggest changes that she would be making after entering the temple – she would now be wearing garments. 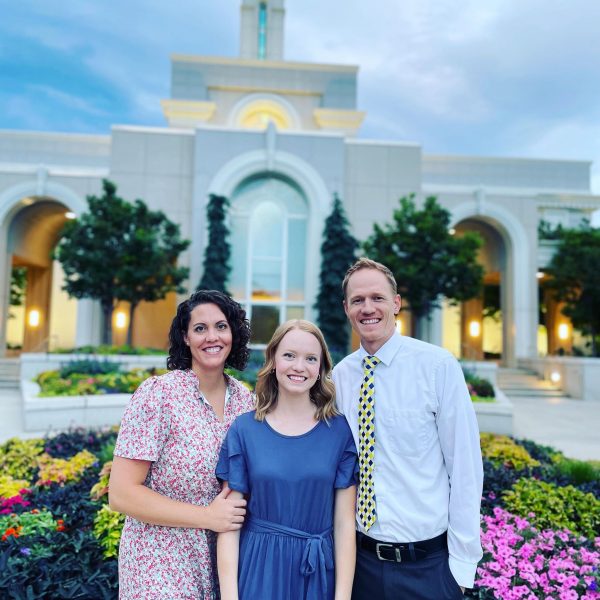 Just a few days before she went to the temple, her younger brother said, “Sara, two more days and you have to wear garments!”

Both she and I corrected him saying, “You mean, GET to wear garments.”

It’s a difference of one word, but quite often words have a great deal of power in shaping the way we think and react to new experiences.

I was glad to hear her kindly correct her brother, but I was still concerned about how she would react to the garment especially since recently on Instagram and in Facebook groups there have been pretty casual discussions about garments and what people’s priorities really are – indicating that reverence for the garment and gratitude for its blessing was not at the top of people’s lists.

The day of her temple experience arrived, and it was everything we hoped would be. We were specifically praying that she would be able to feel of God’s love for her, and we encouraged her to have that be her main focus while attending.

Let’s just say that God definitely fulfilled his end of the bargain and we all knew that God’s presence was there and that He loves Sara.

We asked her if she had any questions and she said she had a million earlier, but couldn’t remember any at the moment. We just chatted about her experience and started talking through some things we have learned from the temple.

As we were about to leave, I asked her if there was anything else she wanted to say or ask, and this is when she dropped one of the most profound things I’ve ever heard her say.

“I’m just so excited to wear the garment after learning everything that it means.”

Wow. What an incredibly spiritually mature response. I was definitely not expecting those words to come out of her mouth, and it is definitely not how I would have ever expressed it.

My wife and daughter were able to receive some beautiful instruction in the temple about the garment, being reminded that it is the only tangible thing that you take with you outside of the temple into the world as a reminder of the things you have learned and covenanted.

I can’t tell you how happy it made me feel as a dad knowing that my daughter got it. And when I say got it, I mean she probably got it even more than I ever had. It’s one thing, an incredible thing, to attend the temple with your child – it’s even cooler to have them teach you the importance of things in a way that perhaps you hadn’t ever considered.

My daughter’s reaction parallels a principle that Elder Carlos E. Asay shared in a 1997 talk called The Temple Garment: ‘An Outward Expression of an Inward Commitment’:

I believe there is a critical body of knowledge relating to the temple garment. When that knowledge is obtained, Latter-day Saints filled with faith wear the garment and wear it properly, not because someone is policing their actions but because they understand the virtues of the sacred clothing.

Elder Asay, in the same 1997 talk, shared a story about Elder James E. Faust “and his call to serve as a General Authority. He was asked only one question by President Harold B. Lee: “Do you wear the garments properly?” to which he answered in the affirmative. He then asked if President Lee wasn’t going to ask him about his worthiness.

President Lee replied that he didn’t need to, for he had learned from experience that how one wears the garment is the expression of how the individual feels about the Church and everything that relates to it. It is a measure of one’s worthiness and devotion to the gospel.” 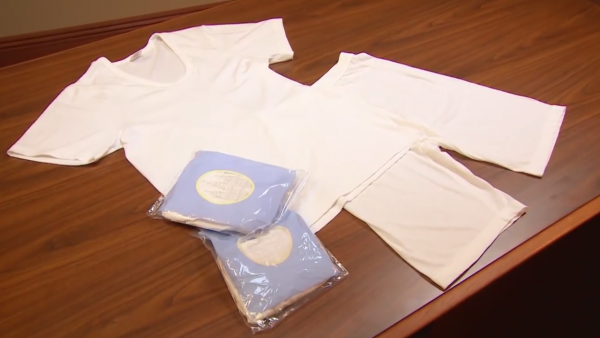 “There are some who would welcome a detailed dress code answering every conceivable question about the wearing of the temple garment. They would have priesthood leaders legislate lengths, specify conditions of when and how it should and should not be worn, and impose penalties upon those who missed the mark by a fraction of an inch. Such individuals would have Church members strain at a thread and omit the weightier matters of the gospel of Jesus Christ (see Matt. 23:23–26).

Most Latter-day Saints, however, rejoice over the moral agency extended them by a loving Father in Heaven. They prize highly the trust placed in them by the Lord and Church leaders—a trust implied in this statement made by the Prophet Joseph Smith: “I teach them correct principles, and they govern themselves.”1

What a wonderful blessing it was to be in the temple again. What a wonderful place to be reminded of our loving Heavenly Father and His desire to bless us in all areas of our life.

Being able to wear the sacred garment every day, and to be reminded of the blessings and promises that are available in the temple, is a much needed daily reminder in this world of chaos and confusion.

More than anything, I am just extremely grateful and proud to have the opportunity to be a steward over one of God’s incredibly precious children, as we make our way through this mortal journey to hopefully be in His presence once again.

When I joined the Church of Jesus Christ of Latter-day Saints back in 1975, I knew that my faith was going to be stronger and as being taught that when we die we would wear all white in the Lords house. 1977 before I went to get my card which would allow me to go into God's house, His house, a pure and clean undefiled. I wondered what it would be like, to wear the garments. I found a culotte slip, and I wore it so i would get use to wearing the garment. I was and still am proud to wear an emblem of how our Lord and Saviour would see us. Clean, trying to live the life he would want us to live. I have been in the church 45 years, and I feel love when I have my garments on. Something a non member would no understand. Just remember the scriptures do talk of the day we stand before our Lord and Saviour, impressions are the best.

Perfect. I was endowed as a new member, an expectant mother and basically terrified going into the Salt Lake Temple to be endowed and our little family sealed. I just didn't know for sure after all? Live action, very inspired people and then a part enacted by a sweet old gentleman that seemed to read my mind looked at me and winked. I realized a real "God Wink". Now, ever so many years have gone by, health problems would be easier to deal with without the garment but I will die with them on, feeling what your daughter felt, I am so happy I am wearing my garments. Some wear crosses, some carry beads, each has their way of remembering but what we wear is a promise, a hope and an assurance that "All is well".

I couldn’t love this more! I wish more people, especially young, could understand the blessings of the garment! Hugs! 🥰

Thanks for the kind comment! And I agree! As more of us share positive experiences with the garment I think we can get there!

Thank you so much for sharing this precious experience and reminder. Two weeks ago my daughter sneeringly asked why I wear the temple garment. I didn’t have such an eloquent response, but your article is exactly what I had in my heart. I will now be able to address this in a much clearer way the love I have for this blessing to wear the temple garment.