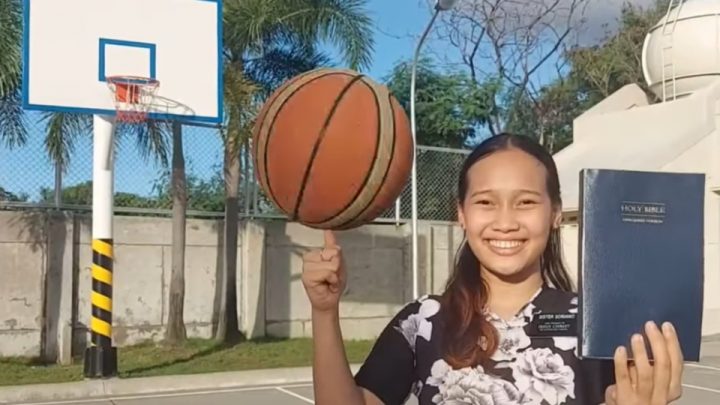 Two Sister missionaries serving in Cavite City, Philippines, Sister Estioco and Sister Soriano, took to the basketball court recently to share a message about the gospel of Jesus Christ – all the way showing off their basketball skills as well.

These sisters took turns working together to dazzle viewers as Sister Estioco assisted Sister Soriano as she continued to drain shot after shot while teaching a simple message about Christ and His power. 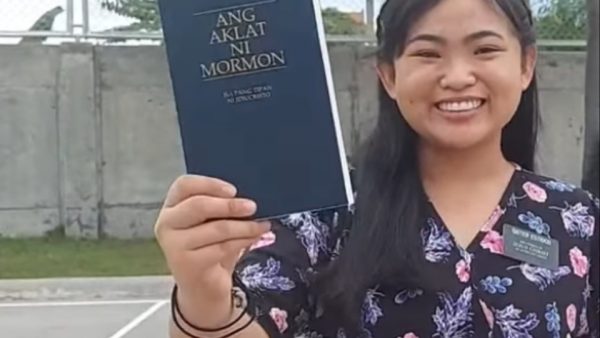 Sister Soriano got a lucky roll on a three pointer, made a shot while sitting on the ground, took a shot from downtown and turned around before the three pointer eventually went it, and then buried a shot from about 35-feet like it was no problem. She wrapped this all up by bearing her testimony of the Bible and Book of Mormon while spinning a basketball on her finger.

The video spread like wildfire and has gotten media attention in the Philippines. The video was published originally on Facebook and has over 900,000 views on that platform alone.

A snippet from an article on the Church’s Philippines Newsroom site shows up where Sister Soriano developed her basketball skills:

Sister Soriano, who was part of her school’s basketball varsity team prior to becoming a missionary, shared that she and her companion planned out the concept and got inspiration from another similar video created by two American elders.

“We didn’t expect for the video to go viral,” said Sister Soriano. “At first, we even had to tag a lot of fellow missionaries in the hopes that we would get at least one person to view the video. We really had no idea it was going to go this big.”

With their video continuing to draw more people in, both Sister Estioco and Sister Soriano expressed how they feel humbled and touched from the positive messages and reactions that they have been receiving.

“Lots of people are reaching out to us and asking us questions,” shared 21 year-old Sister Estioco. “It feels really good to know that even through technology, we are fulfilling our purpose as missionaries which is to invite everyone to come closer to Jesus Christ.”

Hopefully Sister Soriano and her companion will go back to the drawing board and brainstorm another idea for an incredible video. Way to go Sisters!