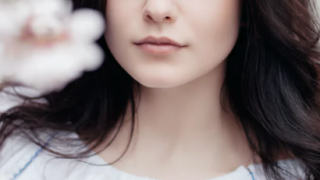 President Spencer W. Kimball once taught: “Early dating increases temptation. A vicious, destructive, social pattern of early steady dating must be changed. The change of this one pattern of social activities of our youth would immediately eliminate a majority of the sins of our young folks.”¹

Many years have passed since President spoke those words but the wisdom in them has not changed, and yet, many still choose to lay aside the counsel from the Lord’s prophets. If the “vicious, destructive, social pattern of steady dating” has changed, it has only increased. With that said, there are also many who do follow the standards and counsel from prophets, and we are so grateful for their examples.

Elder Richard G. Scott shared a powerful message on the importances of standards in Chastity: What are the limits? He said, “Firmly establish personal standards. Choose a time of deep spiritual reflection, when there is no pressure on you, and you can confirm your decisions by sacred impressions. Decide then what you will do and what you will not do to express feelings. The Spirit will guide you. Then do not vary from those decisions no matter how right it may seem when the temptation comes…The realization of your dreams depends upon your determination to never betray your standards.”

There are a myriad of reasons why we should follow the counsel of the prophets, and the reality is there are various ways that steady dating can have a negative impact on one’s life. We often only focus on the potential for transgressing the law of chastity, but as one Latter-day Saint explained in a 2014 New Era article, Confessions of a Steady Dater, “…even though my decision to steady date as a youth hadn’t led me to violate the law of chastity, I left the relationship emotionally hurt.”

She shared her experience with a steady dating relationship with a friend name Jonathan which didn’t end well, and concluded by saying:

When we first started dating in high school, I didn’t immediately see the negative consequences of not following the guidelines in For the Strength of Youth. Life actually seemed pretty great. I was doing well in my classes, and Jonathan and I were having fun. But after we broke up, I realized what I had missed out on.

Had I followed the standard instead of thinking I was an exception to the rule, I could have avoided these trials. After this experience, I learned a very valuable lesson. The Lord gives us standards not to prevent us from progressing but to guide us safely through this difficult life. 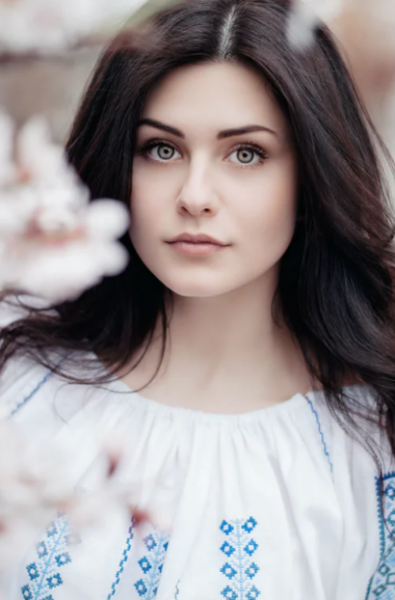 While there are a myriads of reasons other than chastity as to why steady dating should be avoided until one is ready for marriage, steady dating more often than not does lead to breaking the law of chastity.

Bruce Monson conducted a study of Latter-day Saint teens years ago and wrote an article in 2001 for the New Era that explained some of his findings:

I recently completed a doctoral dissertation that examined factors that help young people stay morally clean. I used data supplied by LDS and non-LDS juniors in two different high schools. One of the most crucial factors in staying morally clean for these young people was choosing to wait until age 16 to date.

The same kind of statistics held true for those teens who had steady dating partners. Of the 308 11th graders surveyed, 95 reported having a current boyfriend or girlfriend. Of those 95, only six had never been involved in making out (or kissing for a long time), and more than half of them had transgressed the laws of chastity.

For all of the students polled, not dating until 16, avoiding steady dating, attending church weekly, and having close relationships with parents and family were important factors in keeping themselves morally clean.

Reading the results of the study remind me of the very wise words of President Dallin H. Oaks in a 2019 General Conference talk entitled, “Where Will This Lead?” In that talk he said:

Our present and our future will be happier if we are always conscious of the future. As we make current decisions, we should always be asking, “Where will this lead?”

Clearly, being involved in steady dating overwhelmingly leads to passionate kissing and transgressing the law of chastity. So why is this activity still apparently celebrated as normal, even in the Latter-day Saint community? That’s a very good question that has many answers.

You Knew What I Was When You Picked Me Up

As parents, it is a difficult to teach standards to our children and also allow them to exercise their God-given agency. Navigating poor choices that our children make is something that definitely requires heavenly help. What a blessing it is to have prophets and apostles who can point us in the right direction, especially when the world sends so many confusing messages.

Prophets are called to warn and protect us from subtle evils that constantly surround us. Elder Robert B. Harbertson, in a talk delivered at the Priesthood Commemoration Fireside broadcast in May of 1989, said the following:

“…you will always be warned when danger is near. The Lord cannot make your decisions for you, but he will always allow you to be aware of what is right when a decision or action is about to be made. Don’t allow yourself to ever believe that you are “different” in that you can participate in unrighteous activities—even just once—and not be hurt.” 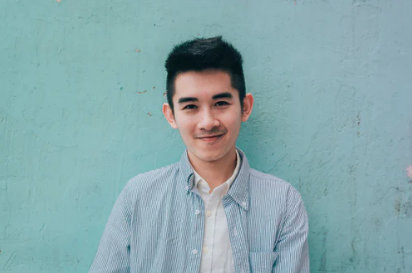 In this talk, Elder Harbertson shared an old Indian legend that was then made into a video you can watch below. It shares the story of an Indian boy and his encounter with a rattlesnake. There are various applications from the principles that are taught in the video, and they certainly apply to dating as well. One principle to be learned with the boy and the rattlesnake is this, “Remember, you knew what I was when you picked me up.”

What Have Church Leaders Said About Steady Dating?

Counsel from prophets and apostles regarding steady dating has been consistently repeated from the pulpit. God loves His children and He knows one of Satan’s biggest tricks is to get youth to jump into relationships too soon.

Here are some quotes from Church leaders over the years regarding steady dating.

“You should not date until you are at least 16 years old. When you begin dating, go with one or more additional couples. Avoid going on frequent dates with the same person. Developing serious relationships too early in life can limit the number of other people you meet and can perhaps lead to immorality. Invite your parents to become acquainted with those you date.” – For The Strength of Youth

“Any dating or pairing off in social contacts should be postponed until at least the age of 16 or older, and even then there should still be much judgment used in selections and in the seriousness. Young people should still limit the close contacts for several years, since the boy will be going on his mission when he is 19 years old.

Dating and especially steady dating in the early teens is most hazardous. It distorts the whole picture of life. It deprives the youth of worthwhile and rich experiences; it limits friendships; it reduces the acquaintance which can be so valuable in selecting a partner for time and eternity.” – “President Kimball Speaks Out on Morality,” Ensign, Nov. 1980, 96.

“How foolish is the youth who feels that the Church is a fence around love to keep him out. Oh, youth, if you could know! The requirements of the Church are the highway to love and to happiness, with guardrails securely in place, with guideposts plainly marked, and with help along the way.

How unfortunate to resent counsel and restraint. How fortunate are you who follow the standards of the Church, even if just from sheer obedience or habit. You will find a rapture and a joy fulfilled.” – Boyd K. Packer, “You’re in the Driver’s Seat,” New Era, June 2004, 6.

I am sure you will agree that it is not a good idea for a young man and a young woman to begin steady dating until they have arrived at the marriageable age…There is plenty of time after high school to go steady. – Howard W. Hunter, Teachings of Howard W. Hunter , 124

“Young women, . . . avoid steady dating with a young man prior to the time of his mission call. If your relationship with him is more casual, then he can make that decision to serve more easily and also can concentrate his full energies on his missionary work instead of the girlfriend back home. And after he returns honorably from his mission, he will be a better husband and father and priesthood holder, having first served a full-time mission” – (Ezra Taft Benson, “To the Young Women of the Church,” October 1986 general conference).

A Message to Parents

The standards of the Lord are still in effect. They are not outdated. They are a blessing to you and your family. As much as we may or may not want to force our children to follow standards, we can’t. Our job as parents is not to make sure that our children follow the standard, our job is to help them love the standard! As we teach our children the principles of a loving Heavenly Father, our purpose here on earth, and that commandments and standards are a demonstration of God’s love – hopefully we will kindle in our children a love for standards that will keep the safely on the covenant path.

Why One Man Created this Powerful Image of David Archuleta in the Arms of the Savior
← Previous
Why Was David Whitmer Excommunicated from the Church?
Next →

While steadily dating one person can be detrimental, it does provide a lesson better learned before marriage, that you should never let obsession over one person get in the way of your other relationships, especially your relationship with God. This article is a good way to learn that lesson before experiencing it! I have kids who did not date at all before mission age except group dates, and they also had to learn how to date. So that was super hard for them, and one had a very difficult time dating one girl one time without her being hurt they weren't getting married! Taking a date to a fun activity should be an opportunity to get to know them. Many older girls get to feel pressure to get married and become ready to lower their standards to date guys who are not keeping their standards, sometimes lowering them to the point of forgetting them completely. I wish I could tell them that the right person will come along in the Lord's time! It's worth the wait! I always reference Wendy Nelson on this! Thank you for this reminder that we should hold our standards high and gain a wide circle of friends, rather than jumping into relationships that will damage us and possibly the other person.

Thanks for sharing Heidi! There definitely is a time and place for steady dating, but as you can see from studies done, it is much healthier as you said to use the teenage dating age as a time to get to know people and enjoy a wide circle of relationships.

If you counsel youth (or anyone, for that matter) using the words, “vicious” and “destructive” when talking of dating, I think, there is a risk of losing their interest when discussing this emotionally charged subject. You may even be completely rejected from any further discussion on any other subject or teachings.

Good point. The prophets of old definitely spoke in a more direct manner, whether that was because the people could take it or they hadn't perfected the art of teaching. It seems that prophets today are more selective in their wording.