FAITH BASED FILM ‘WITNESSES’ AVAILABLE NATIONWIDE ON OVER 350 SCREENS 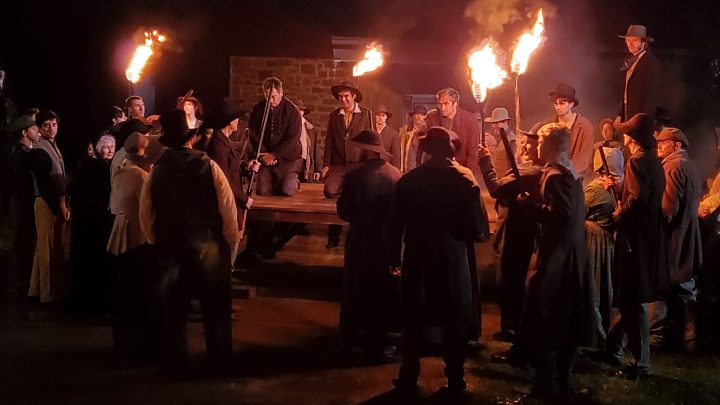 SALT LAKE CITY – The new film WITNESSES is demonstrating its significance even before its opening. Purdie Distribution and the film’s producers announced today they have partnered with Cinemark, Harkins, Megaplex Theatres, and others to release the film nationwide exclusively in theatres on Friday, June 4. Already heralded as the epic family film of the summer, audiences can find the theatre nearest them where it’s playing by visiting witnessesfilm.com. 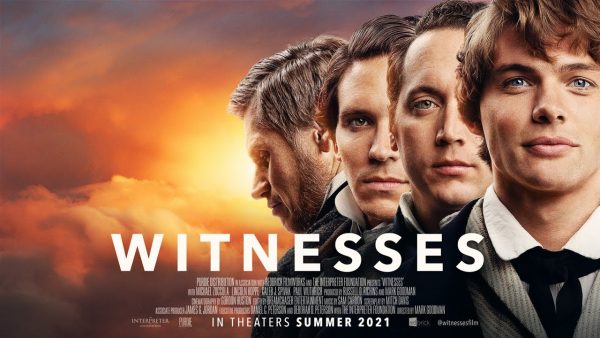 WITNESSES depicts the powerful true story of the Three Witnesses to the Book of Mormon — David Whitmer, Oliver Cowdery and Martin Harris. For nearly 200 years, their statement of what occurred, and its veracity, has been published with every copy of the Book of Mormon. And while many people know the story contained in their statement, not many know the full story of how they became witnesses.

“WITNESSES is the most significant and ambitious film about the history of the Book of Mormon to ever be released on the big screen,” stated Brandon Purdie, president, and founder of Purdie Distribution. “Seeing it opening weekend will help ensure the film plays in theatres for weeks to come so the greatest number of people can experience this incredible, faith-building true story.” Purdie Distribution is managing the nationwide theatrical release of the groundbreaking film.

To their dying days, these witnesses defended their testimonies even when faced with threatening mobs, ridicule, and betrayal by friends and family even after leaving the church they were intimately involved in creating. Filmed on location in the US and Canada and featuring a world-class cast of American and Canadian actors, WITNESSES is a dramatic recreation of how Harris, Cowdery and Whitmer became witnesses to the gold plates from which Joseph Smith translated the Book of Mormon. 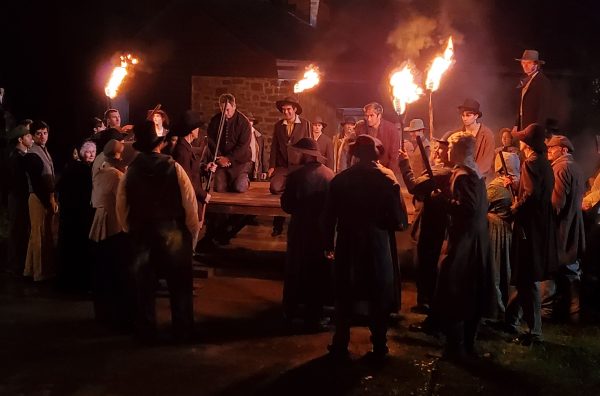 “While many people know some of their story, WITNESSES shares a remarkable story of faith in the face of tremendous opposition,” stated Russell Richins, the film’s producer.

The film’s production team – Director Mark Goodman, Producer Russell Richins, and Executive Producers Daniel and Deborah Peterson from The Interpreter Foundation – partnered to bring this amazing story of early LDS and American history to the big screen. The film is just one prong of the broader Witnesses Project created by The Interpreter Foundation. The Witnesses Project includes the feature film WITNESSES, a documentary, UNDAUNTED, featuring scholars, skeptics and experts on all the witnesses to the Book of Mormon, and a series of “snippets” or short films about the many witnesses.

For nearly 200 years, skeptics and critics have attempted to explain away what David Whitmer, Oliver Cowdery and Martin Harris claimed—that they had seen angels and hefted golden metal plates containing ancient inscriptions. Now, for the first time, their amazing, untold true story comes to the big screen in the family film event of the year – WITNESSES. Featuring a world-class cast, WITNESSES has been hailed as the most significant and ambitious film dealing with the early history of the Church of Jesus Christ of Latter-day Saints and the translation of the Book of Mormon ever made. Directed by Mark Goodman, the film explores how Harris, Cowdery and Whitmer became known as the Three Witnesses and how, to their dying days, they defended their testimonies even when faced with threatening mobs, ridicule, and betrayal by friends and family.

Purdie Distribution is a full-service theatrical distribution company known for releasing independent films nationwide.  Established in 2011, Purdie Distribution led the theatrical campaigns for SAINTS AND SOLDIERS: AIRBORNE CREED and THE VOID, THE SARATOV APPROACH, FREETOWN, MEET THE MORMONS, ONCE I WAS A BEEHIVE, THE STRAY, OUT OF LIBERTY, HEART OF AFRICA, THE FORGOTTEN CAROLS, LAMB OF GOD: THE CONCERT FILM, along with T.C. Christensen’s THE FIGHTING PREACHER and LOVE, KENNEDY. Purdie Distribution is generally focused on films that inspire audiences and elevate the human experience. Before launching on his own, founder and owner Brandon Purdie helped establish the faith-based theatrical film movement with his work on the release of SAINTS AND SOLDIERS, THE WORK AND THE GLORY trilogy, and FOREVER STRONG. 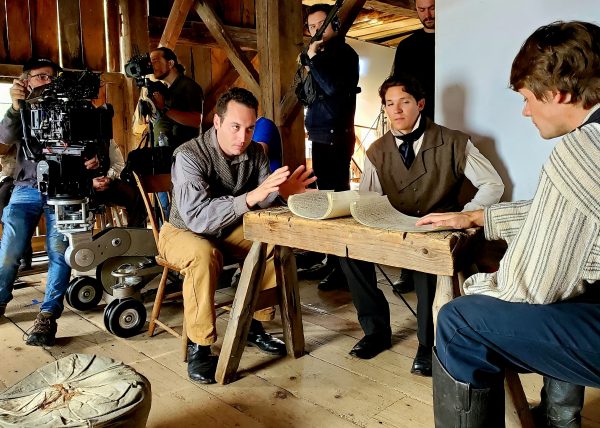 RedBrick Filmworks is made up of producers Russell Richins, Mark Goodman and James Jordan. Along with an extensive team of seasoned professional filmmakers, they have decades of experience in producing feature films (SOMEONE WAS WATCHING, WHISPER ISLAND), as well as helping create docudramas for PBS Television, BYUtv and other broadcast outlets. They have filmed around the world, focusing on telling important stories of significant historical figures (AMERICAN PROPHET, FIRES OF FAITH, HANDEL’S MESSIAH). RedBrick Filmworks believes in the power of wholesome movies to uplift audiences.

THE INTERPRETER FOUNDATION:
The Interpreter Foundation (www.interpreterfoundation.org) is an independent, non-profit organization that advocates the claims and defends the doctrines of the Restoration and supports the Church of Jesus Christ of Latter-day Saints through solid, peer-reviewed scholarship. Founded in 2012 and led and almost entirely staffed by volunteers, it publishes at least one online article each week in Interpreter: A Journal of Latter-day Saint Faith and Scholarship, along with weekly radio broadcasts and scripture roundtable discussions, blog entries, conferences, books, and now, films. 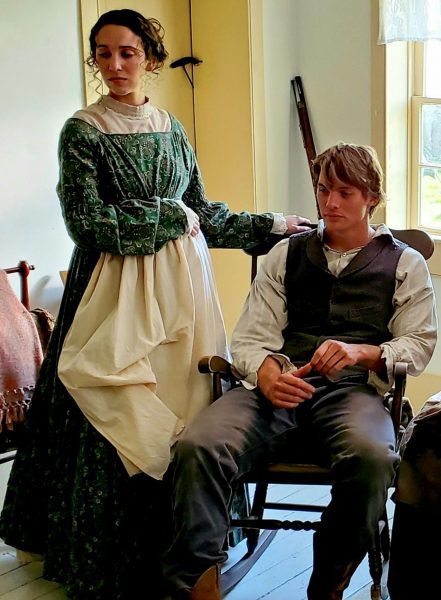 3 Things You Probably Didn’t Know About David Whitmer, One of the Three Witnesses of the Book of Mormon
← Previous
Mixed Bag of Reactions to First Presidency Announcement of Discontinuation of Saturday Evening Session of General Conference
Next →
0 shares