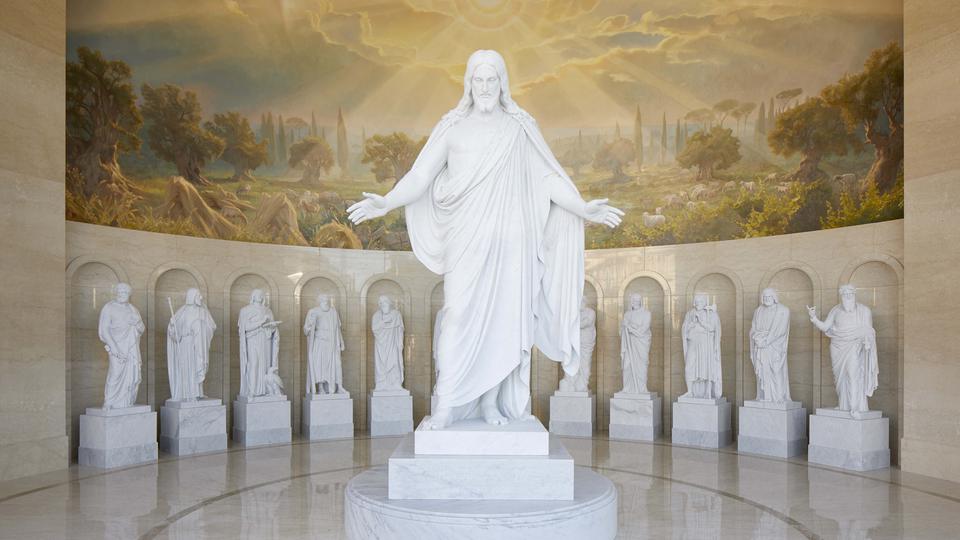 History doesn’t repeat itself, but it does rhyme.

In a more lengthy, embarrassingly unfulfilled prophecy, Thomas Ford stated in 1854: “Thus fell Joe Smith, the most successful impostor in modern times; a man who, though ignorant and coarse, had some great natural parts which fitted him for temporary success, but which were so obscured and counteracted by the inherent corruption and vices of his nature that he never could succeed in establishing a system of policy which looked to permanent success in the future.”

(For more pathetic prophecies of the demise of Mormonism, you can find a compilation here. They are pretty comical.)

And yet, here we are. Almost 200 years later and Mormonism has not ended. The Church of Jesus Christ of Latter-day Saints, 16 million strong, still stands as a light to the world, declaring that God lives and His plan of salvation is for all, Jesus is the Savior of the world, priesthood authority is again on the earth, and the Book of Mormon and Holy Bible are the word of God to all men, women, and children. 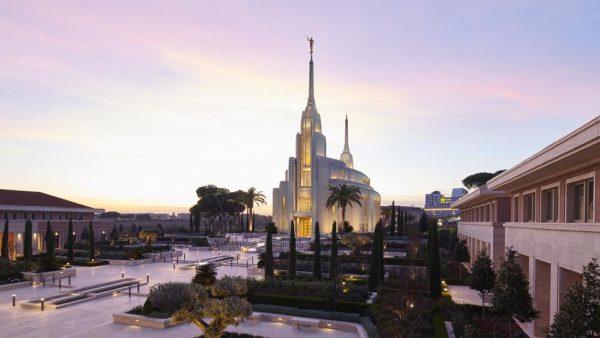 But in case you didn’t know, the death of Mormonism has again been predicted. I’ve heard it twice in the past week. Yeah, apparently the church is finished.

I’ve read the following two comments online: “Tik Tok will destroy the church.” “The internet will be the end of the church.”

Tik Tok is swarming with anti-Mormons who are seeking to bring to light the “dark secrets” of the Mormon church – doing exactly what President Nelson counseled us not to do in April 2021’s General Conference. They hope they “can find a flaw in the fabric of a prophet’s life or a discrepancy in the scriptures.”

And proponents of “the internet will destroy the church” doctrine feel that all of “Mormonism’s lies and inconsistencies” exposed to the world will awaken people to the awful cult.

The internet will be the downfall. Yup. Sounds pretty similar to this 1866 beauty of a quote:

“The click of the telegraph and the roll of the Overland stage are its [Mormonism’s] death rattle now. The first whistle of the locomotive will sound its requiem; and the pickaxe of the miner will dig its grave.” – Samuel Bowles, The North American Review, April 1866

Am I the only one that giggled while reading that bold prediction?

There’s something those of old didn’t know, and the modern-day rhyme-makers don’t either – you can’t destroy the truth. The truth will always prevail. The Church of Jesus Christ of Latter-day Saints is true. While some may leave the church after they learn things about church history they didn’t know, others learning those same things rely on the Lord to seek answers and strengthen their faith in the restored gospel.

In a previous article we posted about the backlash from President Nelson’s April 2021 General Conference talk on faith, one reader responded to a comment from someone claiming that church history can’t stand up to scrutiny. This was David’s response to that statement: 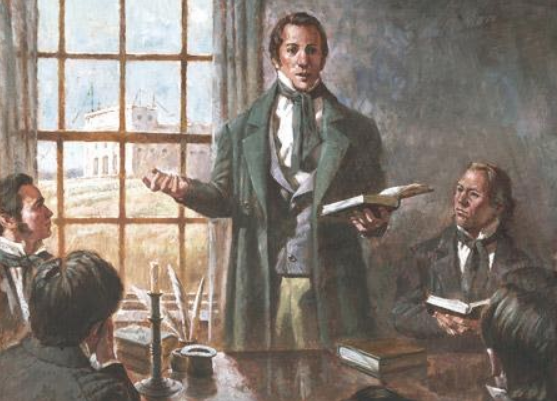 As Joseph Smith said in his Wentworth Letter penned in 1842: “Persecution has not stopped the progress of truth, but has only added fuel to the flame.”

Although the Church was very small in the beginning, Joseph Smith had a prophetic sense of its grand destiny. Wilford Woodruff recalled that during a priesthood meeting at Kirtland, Ohio, in April 1834, the Prophet tried to awaken the brethren to a realization of the future state of God’s kingdom on earth:

“The Prophet called on all who held the Priesthood to gather into the little log school house they had there. It was a small house, perhaps 14 feet square. But it held the whole of the Priesthood of the Church of Jesus Christ of Latter-day Saints who were then in the town of Kirtland. … When we got together the Prophet called upon the Elders of Israel with him to bear testimony of this work. … When they got through the Prophet said, ‘Brethren, I have been very much edified and instructed in your testimonies here tonight, but I want to say to you before the Lord, that you know no more concerning the destinies of this Church and kingdom than a babe upon its mother’s lap. You don’t comprehend it.’ I was rather surprised. He said, ‘It is only a little handful of Priesthood you see here tonight, but this Church will fill North and South America—it will fill the world.’”

On the Talking Scripture Podcast, one of the hosts, Bryce Dunford, shared a dream that he had of being in that room with Joseph and those early elders. When Joseph spoke to the brethren, Bryce’s hand shoots up and he explains to the group that he lives in 2021 and 20 temples were just announced, there are missionaries spreading the gospel all over the world, there are over 16 million members, and Joseph turns to him and says, “Bryce, you know no more concerning the destinies of this Church and kingdom than a babe upon its mother’s lap.”

As this video below demonstrates, the truth of God is growing boldly, nobly, and independent of any attempt to strangle it.

Elder David A. BedNar recently said: “I witness that this latter-day work will destroy the powers of darkness and bring about the salvation of the human family.”

I add my witness to Elder Bednar’s. The powers of darkness will be destroyed. Among that darkness is those who claim to seek truth but in reality only wish to destroy. Many of those who have fallen away for a time will be reclaimed as it prophecies in Doctrine and Covenants 50:7-8.

Behold, verily I say unto you, there are hypocrites among you, who have deceived some, which has given the adversary power; but behold such shall be reclaimed; But the hypocrites shall be detected and shall be cut off, either in life or in death, even as I will; and wo unto them who are cut off from my church, for the same are overcome of the world.

To those who are thinking of or have given up on the Church, whatever questions you have with early church history or doctrine, whatever sin you have discovered in a church member, however you were offended, in whatever manner you chose to leave – for all experiences are different – I invite you to come back.

The truth of God will continue to roll forth “till it has penetrated every continent, visited every clime, swept every country, and sounded in every ear.” Don’t be on the outside looking in when true prophecy is fulfilled.

4 Things Parents Can Do to Help Their Kids WANT to be Wise With Tech
← Previous
3 Things You Probably Didn’t Know About David Whitmer, One of the Three Witnesses of the Book of Mormon
Next →

The Kingdom of God is now on the Earth in the Last Days and it won't be destroyed... BUT... don't giggle about it or be overjoyed for the cleverness of the Saints. Persecution will be hard and we will hardly escape from some of it. This is the Latter-days which is a time to tempt and try all the Saints to the maximum. Our truths will not save us from suffering pain but our LOVE might. LET US BE HUMBLE and SOBER and wish the best for ALL Mankind.

I'd be more concerned if the Devil wasn't trying to take the church down personally.

There will always be opposition to the church and the gospel. That comes with the territory. The thing that many people forget is that the ridiculous claims of anti-Mormons drive discerning individuals, who are willing to search for the truth, into the church.

The sifting has been ongoing and its number will grow, especially in these times.

I have felt the truthfulness of the restored gospel touch my heart too many times to waver now. If I could join again today, and every day, I would do it. If anything, I wonder at the pristine lives of these human beings for whom other's human foibles are too much to bear. If the church was built by perfect human beings.. wouldn't that be something, but it wasn't possible in the early days of the church, nor is it now. We are not perfect, but the Lord's plan is, and everything will be okay. I enjoyed the article very much. Thank you!