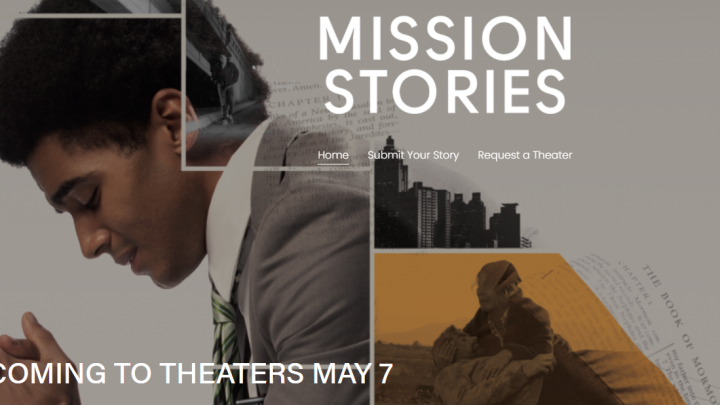 The theatrical trailer for the film debuts on Wednesday, April 7 at missionstories.com and the feature film opens exclusively in theaters on Friday, May 7 distributed jointly with Purdie Distribution.

Assembled as an anthology of three stories told over four chapters, the project was created by the filmmaking team of Bryce Clark (writer, producer, director), Jason Allred (producer), Crystal Myler (writer) and Arthur Van Wagenen (executive producer) after meeting with a full room of former mission presidents and their companions.

“We heard so many incredible stories — story after story of events that cannot be simply coincidences,” explained Bryce Clark. “Every story shows that God has his hand in the work and people’s lives are being transformed and saved through this work.”

“People assume they know what a “mission story” depicted on the big screen will be like,” said Arthur Van Wagenen. “Our goal in this film and the entire MISSION STORIES franchise is to tell stories from not just the perspective of missionaries, but from the perspective of people who make the radical choice to become disciples of Jesus Christ.” 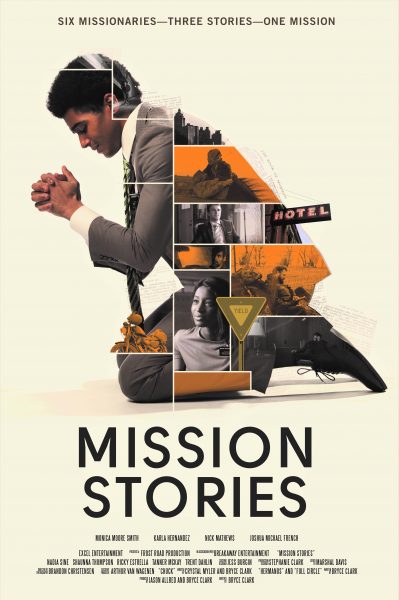 The film tells three true stories, including “Hermanos” that focus on a father overcoming a crisis of faith so that he can baptize his family. “Chuck” tells the story of a man questioning whether God truly loves him and learning to see himself as God does. Finally, “Full Circle” is told in the opening and closing chapters of the film, and shows that the power of faith applied over years or even decades can ultimately bear fruit in overcoming spiritual issues as serious as depression and addiction.

“’Full Circle’ is an especially personal story for me because a character is based on me and the culmination of this story played out as we were developing this project,” explained Clark. “When people watch the film they’ll see when people struggle the Lord never gives up on them, and how the faith of others can help rescue them. I hope sharing this story may inspire others who are facing similar challenges.”

“The MISSION STORIES film is only the first step in creating a full Mission Stories brand and media franchise,” said Van Wagenen. “We are creating an avenue where people can submit their own mission stories which can be shared with the world to help increase people’s faith and sense of worth.” 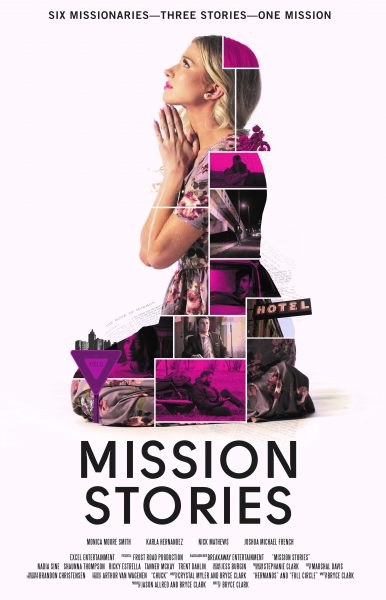 Going forward, Mission Stories will become an incubator for up-and-coming writers and directors who will continue to tell these important stories for years to come.”

For more information and to see the film’s trailer, visit missionstories.com

Recent Convert Didn't Resolve All Doubts Before Baptism Saying "There are Few Idols as Dangerous as Certainty"
← Previous
What if the Sword of Laban Was on Your Kitchen Table? With Augmented Reality, It Can Be
Next →
16 shares