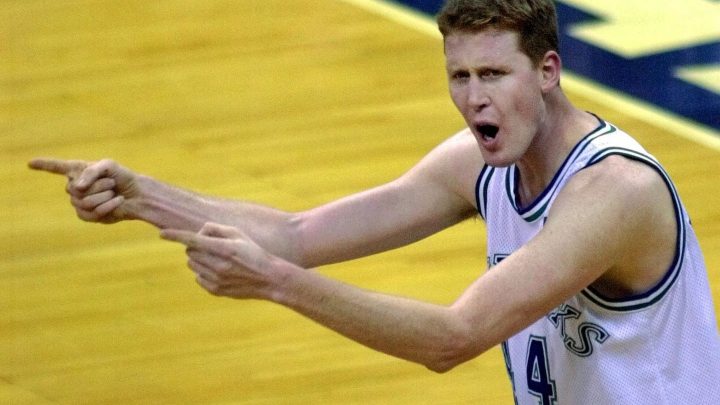 Shawn Bradley, a 7’6″ Latter-day Saint who played basketball at Brigham Young University and enjoyed a 12-year stint in the NBA, was severely injured in a bicycling accident near his home in St. George, Utah.

KSL.com reported that “an accident happened on Jan. 20 near his St. George home. The 7-foot-6 former Mavericks center was riding his bicycle about a block from his house and was hit from behind by a vehicle.

The accident left Bradley with a traumatic spinal cord injury that left him paralyzed. After undergoing neck fusion surgery, the Emery High product was hospitalized for eight weeks and has been undergoing rehabilitation.”

The Dallas Mavericks issued the following press release on behalf of former Maverick Shawn Bradley as well as the below statements from Mark Cuban and Donnie Nelson:

Shawn Bradley released the first public details today of the accident that he suffered on January 20, 2021. Bradley, the 7’6” former NBA player with the Dallas Mavericks, was struck from behind by an automobile while riding his bicycle a mere block from his home in St. George, Utah. The accident caused a traumatic spinal cord injury that left him paralyzed. After undergoing neck fusion surgery, Bradley has spent the last eight weeks hospitalized and undergoing rehabilitation.

Bradley, a devout member of the Church of Jesus Christ of Latter-day Saints, spent two years performing missionary work in Australia after his freshman year at Brigham Young University. Following his mission, Bradley was drafted by the Philadelphia 76ers as the number two pick in the 1993 NBA Draft, but he spent the majority of his career with the Dallas Mavericks. His very strong sense of faith is being tested as he participates in grueling physical therapy and learns how to cope with the challenges of paraplegia. Doctors have advised him that his road to recovery will be both long and arduous, perhaps an even more difficult physical challenge than playing professional basketball. 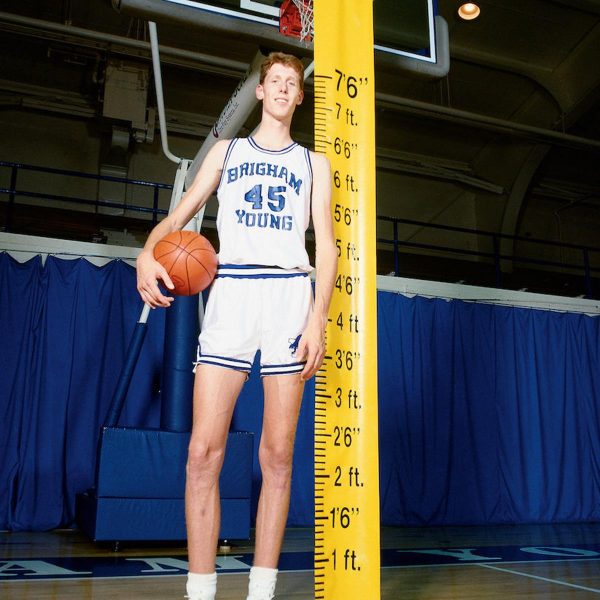 Shawn Bradley was drafted with the #2 pick by the Philadelphia 76ers in the 1993 draft.

With his wife Carrie at his side around the clock, and supported by an amazing team of rehabilitation specialists and family, Bradley is in good spirits. He plans to use his accident as a platform to bring greater public awareness to the importance of bicycle safety.

Bradley asked to convey his deep appreciation for the outpouring of well wishes and prayers he has received from family, friends and fans. Their support has energized his recovery and bolstered his confidence that he will manage the long process ahead successfully. He does not plan to issue further public updates, preferring to devote his full concentration on his rehabilitation.

“We are saddened to hear of Shawn’s accident. Shawn has always been incredibly determined and shown a fighting spirit. We wish him nothing but the best in his recovery. He will always be a part of our Mavs family.”

“We are deeply saddened to hear of Shawn’s injury and our thoughts and prayers go out to him and his family. In his eight-plus seasons in Dallas, Shawn demonstrated all of the qualities you want in a person representing your organization. He has always exhibited unwavering grit and determination and we are thinking of him at this difficult time. He is a Maverick for life.”

BYU issued a statement Wednesday with “heartfelt sympathies for Shawn Bradley and his family.”

“We were devastated to learn of Shawn’s injury and join with all of Cougar Nation in thoughts and prayers for the Bradley family during this difficult time,” the university statement read. “We admire Shawn for his positive attitude through this and his desire to use his platform to promote bike safety.”

Shawn, Sending our love and prayers as you battle through your rehab process. I know of the Warrior Spirit in you!💙 https://t.co/jHymgTigih

Why Did Hiram Page Remain Faithful to the Book of Mormon Even Though He Withdrew From The Church?
← Previous
How I've Learned to #HearHim With My "Fine Tuning Myself to the Spirit Journal"
Next →
3 shares