How Did the Establishment of Jesus Christ’s Church in 1830 Comply with the Law? 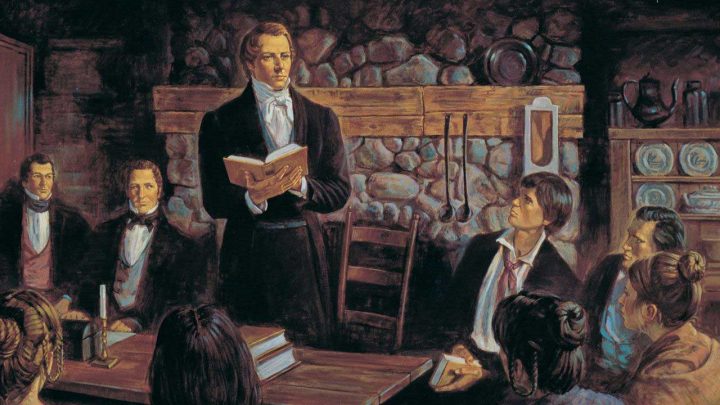 The organization of The Church of Jesus Christ of Latter-day Saints (then called just “the Church of Christ”) on April 6, 1830 was carried out “by the will and commandments of God” and also “established agreeable to the laws of our country” (D&C 20:1).

For a long time, historians misunderstood the implications of this statement. Recent analysis by David Keith Stott, a practicing attorney in New York, significantly clarifies how the establishment of the Church was done in accordance with New York law and customs of the time.1

Specific statutes in New York law dictated the procedures for the incorporation of a church. While the historical accounts of the Church’s organization in 1830 have some superficial resemblances to some of the legal incorporation requirements, key details are missing.

For instance, there is no evidence that trustees were selected to administer the Church’s business affairs, nor that a certificate of incorporation was ever filed with the county clerk.3

Thus, Stott argues that on April 6, 1830, the Church was organized as an unincorporated religious society. Fewer legal requirements were involved in this type of establishment, but there were still customary practices and procedures expected to be followed.4

Drawing on the typical practices of Presbyterians, Methodists, Baptists, and Episcopalians, Stott shows that the organization of the Church followed the norms in place around 1830. Stott specifically identifies five ways these norms were followed:

This background, provided by Stott’s careful research, clarifies how the Church was “organized and established agreeable to the laws of our country” (D&C 20:1). As Stott noted, this “can just as well be construed as a declaration that the organization was done ‘legally’ or ‘in a customary manner’,” rather than mean that the Church was organized in accordance with a specific statute. 12

Organizing an unincorporated religious society held certain advantages that would have been attractive to Joseph and his followers. It allowed Joseph Smith and other Church leaders, as ministers in a legally organized religious society, to officiate in weddings. And members could hold property on behalf of the Church—both matters that the organization of the Church “according to the laws of the land” was intended to address, according to David Whitmer.13

In contrast, however, following the New York statutes and stipulations on how religious corporations were to be organized would have been at odds with the Lord’s revealed order for the Church in 1830.14

Such corporate legal structures would have hampered the development of the Church’s unique array of priesthood offices as was unfolded in revelations given in the years that followed. Thus, not incorporating at that time allowed the Church the flexibility to develop according to the Lord’s designs.

As such, organizing as an unincorporated religious society under New York law was the best way for the early Church to organize and get started in a way that was both “agreeable to the laws of our country” and “by the will and commandments of God” (D&C 20:1).

At Peace Today Podcast: A Life of Peace and Fulfillment is Possible
← Previous
Elder Holland's Message to Those Who Struggle with Idea of "Traditional Family" or "Perfect Family"
Next →
3 shares