Did An Explosive Volcanic Eruption Cause the Destruction in the Americas Documented in the Book of Mormon? 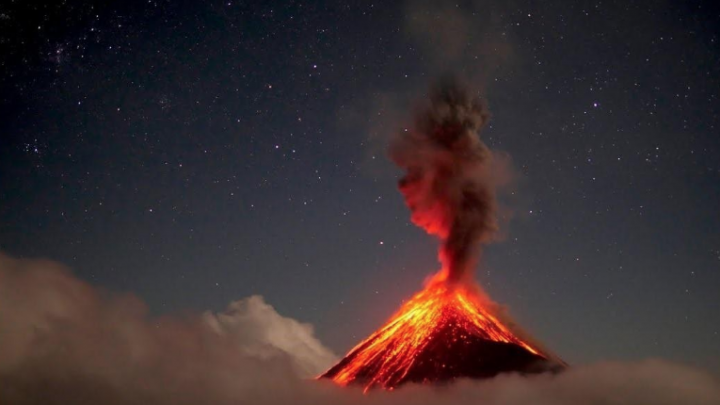 I was sitting in the living room of my house in the outskirts of Guatemala City recently, and I had just opened a book to spend a few minutes relaxing. As I began to read, I heard a loud explosion in the distance.

For several seconds, the whole house shook, and the windows rattled. I thought it was an earthquake, but when I looked at the news I saw that the Pacaya Volcano had just erupted. Our home is within about 20 miles of three active volcanoes, all of which are currently erupting. 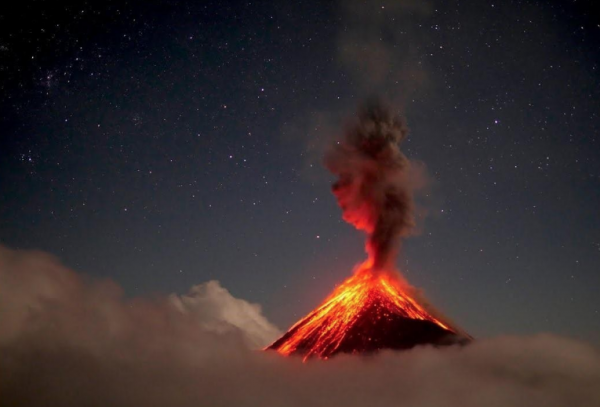 Since the early 1600s, volcanoes in Guatemala have destroyed many towns and cities, including the previous capital of Guatemala, Ciudad Vieja. Less than three years ago, an entire village in the outskirts of Guatemala City was destroyed by the Volcan de Fuego.

There are 33 volcanoes running through the highlands of Guatemala which form a part of the Ring of Fire – an area along the Pacific rim where earthquakes are commonplace and there are many active volcanoes. These volcanoes have been causing destruction amongst peoples of the Americas for thousands of years.

After the death of Christ, the record of the destruction to the people in the Americas is astounding. There were great quakings of the earth, highways and roads were destroyed, and buildings collapsed. Cities were burned, others sunk in the sea and others buried by the earth. People were burned with fire, others crushed to death.

There were storms which produced tornadoes, and spectacular thunder and lightning. These storms also killed many people and the earth was covered in darkness for more than three days. 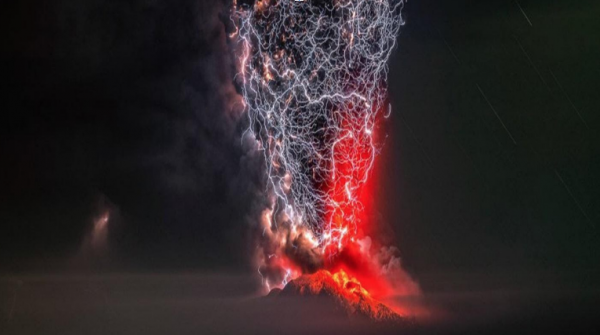 One geologist, Dr. Bart Kowallis, argued in an article entitled “In the Thirty and Fourth Year: A Geologist’s View of the Great Destruction in 3 Nephi” that the events described in 3rd Nephi were not the result of a massive earthquake or storm, but an explosive volcanic eruption. Indeed, he maintains that the events described in the destruction couldn’t have been caused by even the most devastating earthquake or destructive major storm.

In contrast, history has documented all of these phenomena described in 3 Nephi as happening in many other violent, explosive volcanic eruptions throughout the world. Some scholars believe that the major events in the Book of Mormon took place in Southern Mexico and Guatemala.

Given the many volcanoes in that area, a violent, explosive eruption being the cause of the great destruction in the Americas of 3 Nephi is ever more likely. The specific events described in the Book of Mormon are common occurrences with volcanic eruptions.

At the comparatively mild 1902 eruption of Mt. Pelée in Martinique one resident described the events accompanying that eruption. It is interesting to note the similarities between this eruption and the events in the Book of Mormon. 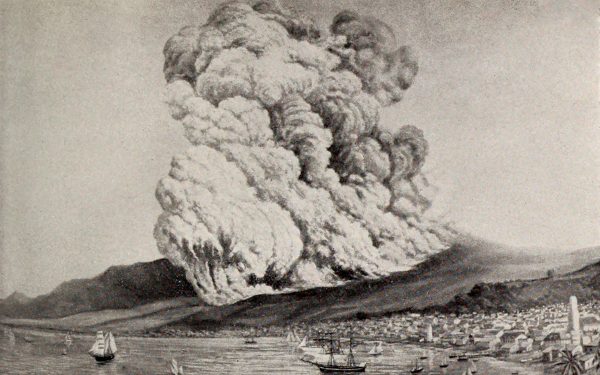 The eruption of Mount Pelee in 1902

I was in one of the fields of my estate when the ground trembled under my feet not as it does when the earth quakes but as though a terrible struggle was going on within the mountain.

A terror came upon me but I could not explain my fear. As I stood still Mont Pelée seemed to shudder and a moaning sound issued from its crater.

It was quite dark, the sun being obscured by ashes and fine volcanic dust. The air was dead about me – so dead that the floating dust seemingly was not disturbed.

Then there was a rending crashing grinding noise which I can only describe as sounding as though every bit of machinery in the world had suddenly broken down. It was deafening and the flash of light that accompanied it was blinding more so than any lightning I have ever seen.

It was like a terrible hurricane and where a fraction of a second before there had been a perfect calm I felt myself drawn into a vortex and I had to brace myself firmly. It was like a great express train rushing by and I was drawn by its force.

The mysterious force leveled a row of strong trees tearing them up by the roots and leaving bare a space of ground fifteen yards wide and more than one hundred yards long.

Transfixed, I stood not knowing in what direction to flee. I looked toward Mont Pelée and above its apex formed a great black cloud which reached high in the air. It literally fell upon the city of St. Pierre.

It moved with a rapidity that made it impossible for anything to escape it. From the cloud came explosions that sounded as though all of the navies of the world were in titanic combat.

Lightning played in and out in broad forks the result being that intense darkness was followed by light that seemed to be of magnifying power.

The terrible lightning accompanying these eruptions are caused by friction between exploding ash and air. Despite the light from the sun being obscured, the lightning is even more brilliant.

This lightning is much more powerful and spectacular than normal lightning, causing impressive webs of electricity to crackle over and around the erupting volcano.

The thunderous noise from this lightning has been documented as being heard more than nine hundred miles from an eruption. 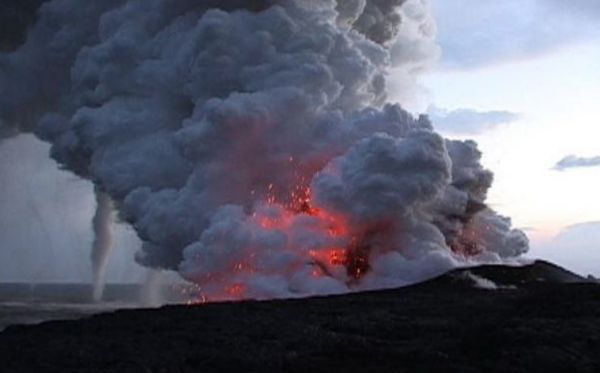 In addition, the shaking during the destruction in the Americas lasted more than 3 hours, which is not at all characteristic of even the most devastating earthquake which last minutes at most but would be common during a volcanic eruption.

Kowallis’ article is very persuasive. Not only does it explain earth tremors, lightning and thunder, but it also clearly explains how changes in the landscape, mountains forming, fires burning cities, floods from tsunami-like seiche wakes, hurricane force winds arising, tornadoes forming, and cities sinking into the sea or being buried in the earth are occurrences which commonly accompany explosive volcanic eruptions.

Sitting on my roof terrace, with two active, erupting volcanoes in view, it makes me appreciate the work of Dr. Kowallis.

Whether the destruction in the Americas was caused by earthquakes or by volcanic eruptions may not be supremely significant, but to the degree that Dr. Kowallis’ article help us better understand the lives of the ancient Nephites, it can help us connect with the events of the Book of Mormon more.

As we learn more about the Nephites and their society, and as we recognize that the Book of Mormon is indeed historical, we are more likely to faithfully apply its teachings to our lives.

How Was the Joseph Knight Family Important to Bringing Forth the Book of Mormon?
← Previous
At Peace Today Podcast: A Life of Peace and Fulfillment is Possible
Next →

Please check dates for possible volcanoes in locations west such as Craters of the Moon which were associated with Yellowstone Caldera apx 2000 yrs ago but not located where Yellowstone Park is today. The hot spot has been marching across from west to east continuously as the American continent moves over the top of it.

I also wrote about this (not as extensively as you) showing that this is one main reason why the events of the Book of Mormon must have occurred in Central America as there are no volcanoes anywhere near the New York and Ohio areas. https://www.kellywsmith.com

That should probably read “some” scholars believe these events happened in southern Mexico and Guatemala. That debate is still raging. I do agree an earthquake sounds likely, but I’m not sure the location is fixed. If we go off of the words of the Prophet Joseph and the scriptures themselves you probably need to look further north.

Good point. I updated the wording, thanks.