How Elder Jeffrey R. Holland’s Account of His Struggle with Depression Changed My Life 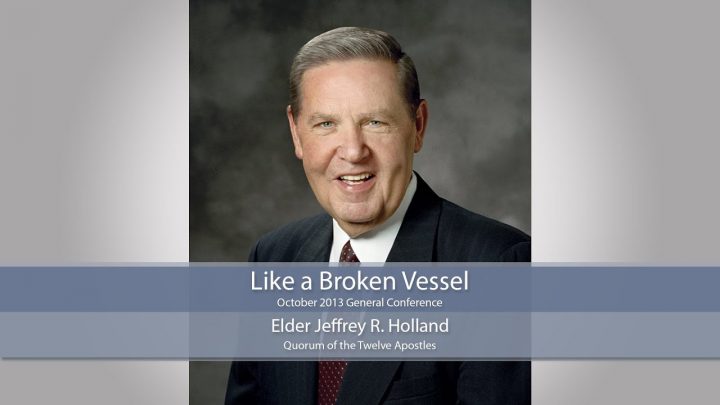 For years I had looked at depression clinically, like a scientist examining a foreign virus under a microscope. I had relatives and friends who had experienced depression – some had received treatment in mental hospitals, others who had avoided treatment and even others who had suffered such pain for a prolonged period of time that they took their own lives.

Despite my familiarity with these people, I couldn’t understand what they were experiencing. I had a lot of theories about the reasons behind depression, but little real understanding and little desire to understand more.

Then, some years ago, I suffered some substantial setbacks which, at the time, I thought were insurmountable. I couldn’t imagine a way forward. I felt as though I had been abandoned by my colleagues, my friends, family and even abandoned by God. I sunk into a depression that lasted several years. Some days it was so hard to get out of bed, even with my wife and family surrounding me and selflessly supporting me. I believed that no one could understand what I was going through. 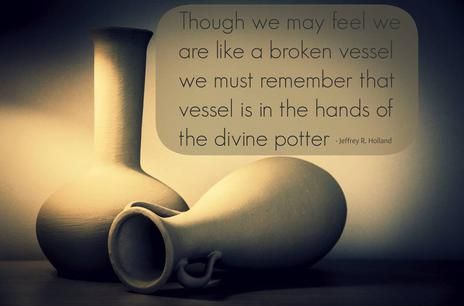 One day, when I was feeling particularly full of despair, I came across a video of Elder Jeffrey R. Holland talking about his own struggle with depression. He addressed his talk to those suffering from mental illness or emotional disorder and said “I once terrifyingly saw it in myself. At one point in our married life when financial fears collided with staggering fatigue, I took a psychic blow that was as unanticipated as it was real. With the grace of God and the love of my family, I kept functioning and kept working, but even after all these years I continue to feel a deep sympathy for others more chronically or more deeply afflicted with such gloom than I was.”

Before encountering this talk, I had believed that people who suffered depression were suffering merely because of their own poor choices; that God would not allow someone to be depressed unless they were in some way sinful. For the first time, I considered that depression could also happen to someone who was living a good life.

I don’t deny that many who “sow the wind…reap the whirlwind,” but at the time I watched this video, I wasn’t living a particularly profligate or degenerate life and I was still depressed. I had challenges in my life, but I didn’t think that economic or career stressors should be the cause of serious mental illness.

Another thing which impressed me about Elder Holland’s talk was that he encouraged people suffering from debilitating clinical depression to seek out professional help rather than just “squar[ing] [your] shoulders and think[ing] more positively.” He said, “seek the advice of reputable people with certified training, professional skills, and good values…. If you had appendicitis, God would expect you to seek a priesthood blessing and get the best medical care available. So too with emotional disorders.” 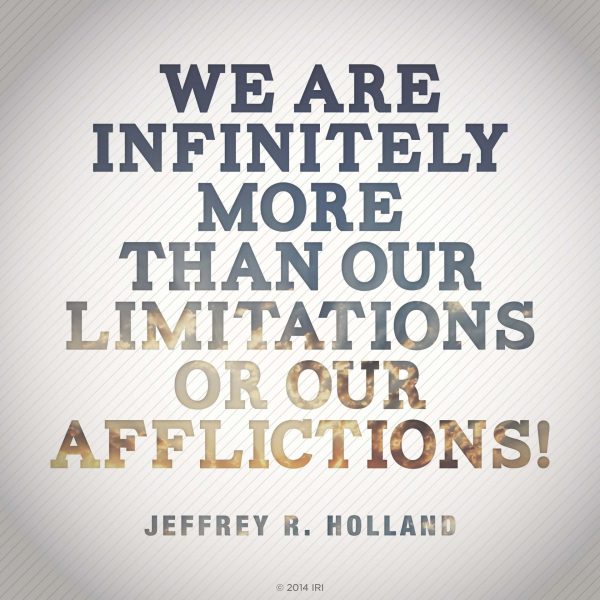 Elder Holland gave me the courage to seek out treatment. Some people in my orbit had been telling me that all I needed to do is practice the power of positive thinking, but Elder Holland made me realize that I wasn’t a bad person to seek out counseling.

It helped me to speak to someone with professional training about my fears and concerns and feel like they cared enough to listen and offer counsel and offer sound advice. I didn’t follow all the recommendations I was given, but it helped to have access to the wealth of information that they had at their disposal and incorporate the advice that I found useful into my life.

More than three years have passed since my last serious depressive episode, but I continue to benefit from what I learned in counseling.

Depression was a serious issue for me, as it is for so many others and I am so glad that I was able to seek out the proper treatment so that I could get back to leading a fulfilling, happy, and productive life without a constant cloud overhead.

I am so grateful that Elder Holland was willing to be vulnerable enough to share his experience with depression in that video, and earlier in General Conference. His advice really changed my life and made me a better man.

I Felt Like a Disappointment and Failure to Heavenly Father Until I Learned This
← Previous
Come Listen to the Prophet’s Voice - What Did Joseph Smith Sound Like?
Next →

Thank you for sharing that. I have found that the hardest thing to face in my own depression, the hardest step to take, was to talk about it, to admit openly that i wasn't coping. In my own case, i too feel that i am a good person trying to do the right thing, and i discovered that trying to do too much was a big factor in what lead to my poor state. I am very blessed in that my wife is a trained professional with immense personal and professional experience in this area, and as i trust her completely, i found the courage to talk to her, and once i started talking about it, i really opened up, we talked for many hours over a few days. She was able to share her observations of how my moods/behaviour had changed over the past 18-24 months. She also helped me understand the gravity of the situation, that corrective steps were greatly needed, for my own welfare. She said something that startled me – “even if all your stressors disappeared today, it will take at least 12 months for your body to recover”. So it will require much patience as I go forward. She was able to help me quickly assess what was/is causing my depression and strategies to deal with them/it. Amongst it all, she recommended i rewatch/relisten to Elder Holland's milestone talk on the topic, (i had watched it in conference years ago), which we did, and it really brought me much peace and hope (tears in my eyes as i write that). She also encouraged me to list people i trust, and then to confide in them – I hesitated, she had to gently but firmly encourage me to action, and as I went forward on that line, I discovered it helped me both accept my condition, and garner awareness and support from others – in itself it was a very liberating and empowering step. Anyway, thank God for Elder Holland’s experience and inspired counsel. We are so blessed to have such leaders.