Come Listen to the Prophet’s Voice – What Did Joseph Smith Sound Like? 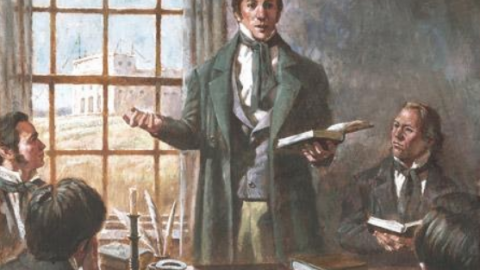 This article is part 2 in the “Millions Shall Know Brother Joseph Again” Series. Part 1, “What Did Joseph Smith Really Look Like?” can be found here.

In my youth, before satellite service and the internet, my family would go to our chapel twice a year to listen to General Conference on the satellite. I often would get distracted, but whenever the prophet would speak, my mom would whisper excitedly, “The prophet is speaking!,” and my ears would perk up.

President Spencer W. Kimball spoke with a unique gravelly, raspy voice which was so soft sometimes that you had to strain to hear but paying special attention to President Kimball’s voice as a young child helped feel a deep connection to the prophet. President Kimball helped me gain a testimony of Joseph Smith, and for years I have wondered what the prophet Joseph’s voice sounded like.

While Joseph didn’t leave any recordings behind, there are some contemporary accounts describing Joseph’s voice and speaking style. These accounts have helped me know Brother Joseph a little better. 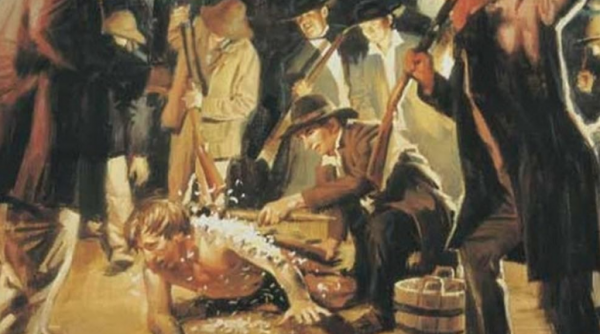 Joseph Smith Had a Slight Whistle When He Spoke

One of the distinctive characteristics of the Joseph’s voice was the result of an early assassination attempt. While he was living in Hiram, Ohio, a group of men tried kill him and left him with a broken tooth and a slight whistle when he spoke words with “S.”

George Morris said that Joseph “had a way of clearing his throat before he began to speak by a peculiar effort of his own – like Ah-HEM.“ When Joseph’s mantle fell on Brigham Young after the prophet’s martyrdom, Brother Morris said that President Young took on even this particular vocal mannerism, helping confirm to Brother Morris and thousands more that President Young, not Sidney Rigdon, was the leader of the church.

Unlike Sidney Rigdon, Joseph wasn’t at all bombastic in his speech. According to John Evans, when the prophet began speaking, his regular voice was “low and soft,” but when he was angry, he could speak like a lion. Indeed, Parley P. Pratt said that on one occasion an indignant Joseph Smith spoke “in a voice of thunder, or as the roaring lion.”

Effective Speaker Due to Powerful Manner Rather than Voice

No one would have described Joseph’s public speaking as lion-like. He used few vocal techniques and wasn’t a natural orator. Still, he was impressive because of his manner. Emmaline Wells said the way he expressed himself was “mild and almost childlike,” but the great power of his manner, more than of his voice (which was sublimely eloquent to me) seemed to shake the place on which we stood and penetrate the inmost soul of his hearers…”

In the scriptures, the one other being described as speaking this way is God the Father, but is it any wonder that Joseph Smith, one of the few people to have spoken with God the Father personally, would emulate God’s penetrating, still small voice?

Joseph Taught Others How to Speak and Pray

Being the great teacher that he was, Joseph also instructed others to speak in a manner pleasing to God. Prayers, he counseled, should be sincere and not overwrought. Likewise, speeches shouldn’t be sensational. In Joseph’s day, it was fashionable for preachers to alter their voice and speak with a falsetto so that they could be heard from a distance. Truman Madsen said “Joseph warned the brethren against a kind of false or strained tone of voice that could develop in the pulpit or even in conversation.” He said that “the most natural tone is also the most approved of God; the most conversational mode of speaking rather than a falsetto, or a strain, or a tense or overblown kind of eloquence.” Sincerity was of utmost importance.

A defining characteristic of Joseph’s speech was sincerity. Parley P. Pratt said that Joseph possessed an “original eloquence peculiar to himself – not polished – not studied – not smoothed or softened by education and refined by art; but flowing forth in its own native simplicity.” His words left “an impression that he [was] sincere.”

Come Listen to a Prophet’s Voice

Thousands of people heard Joseph Smith’s voice in his lifetime. Some were unimpressed by his lack of education, his ordinary voice, or his unskilled oratory, but for many thousands of people who listened to the prophet’s voice his words sunk deep and radically changed their lives for the better.

While we may not hear Joseph’s actual voice in our lifetime and will have to be content with his written record, perhaps in some future general conference, we’ll have the opportunity to hear Brother Joseph preaching to a large congregation. His delivery might not be as thrilling as some of the speakers, his style might be calm and dispassionate, but it is likely that there will be something about his countenance, something in his sincerity, something in the power of his manner that will shake the listeners where they stand and penetrate their very souls. 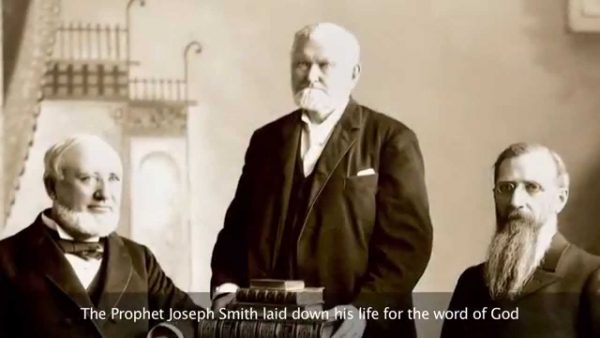 The Voice of One Who Did Hear The Prophet’s Voice

While we can’t hear the prophet’s voice, we do have a recording of Wilford Woodruff bearing testimony of the role of Joseph Smith as prophet of the restoration. It really is a quite thrilling listen. If you would like to hear this audio recording, which was recorded using a “talking machine” as President Woodruff referred to it, you can listen here.

How Elder Jeffrey R. Holland’s Account of His Struggle with Depression Changed My Life
← Previous
One Girl's Solution for Bringing USA Back Together
Next →

The link to listen to Wilford Woodruff's voice is not working......