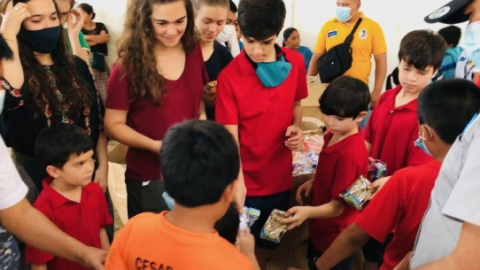 Last year, our family had just finished opening our presents on Christmas morning. With 12 children, we often have a lot of Christmas gifts, but last year, we had to wade through several feet of wrapping paper to make it into the kitchen for breakfast.

Some of our younger children had thrown all their presents to the side and were busy playing inside a large cardboard box that had held a dollhouse. Two of our older boys were using a cardboard wrapping paper tube as a baseball bat and hitting crumpled up paper baseballs.

After a few days, many of the expensive toys were broken, or lost under the children’s beds.

My wife and I decided we needed to do something to change our Christmas traditions, but we weren’t sure what to do. 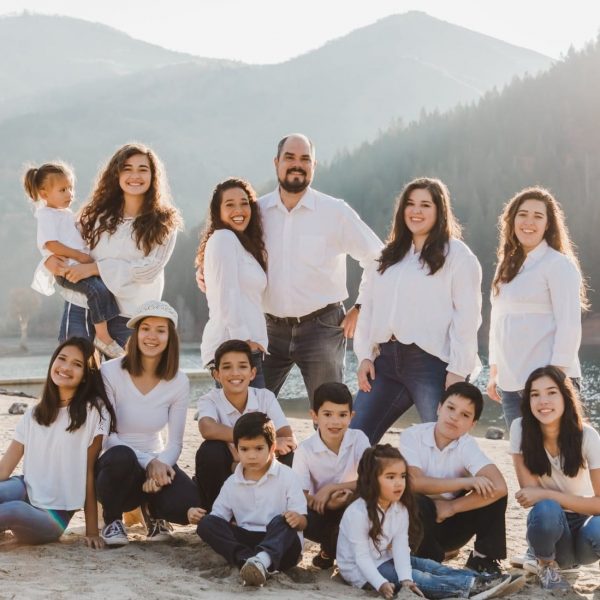 Just before New Year’s Day, my wife was scolding one of my young boys for his treatment of an expensive toy. He had tied a shoelace to the action figure’s neck and was swinging the toy around by its neck like a mace, crashing it against walls and chairs.

One of the toy’s arms had fallen off, and my wife, who is originally from Guatemala, was telling him that he should appreciate his toys more and treat them more carefully.

“The poor children in Guatemala wish they could have a toy like that. They would appreciate and take care of their toys!” she said.

From that one expression of my wife was born an idea that took a year to accomplish. This Christmas, we decided to forgo most Christmas gifts and go to Guatemala as a family to deliver gifts to poor Guatemalan children. 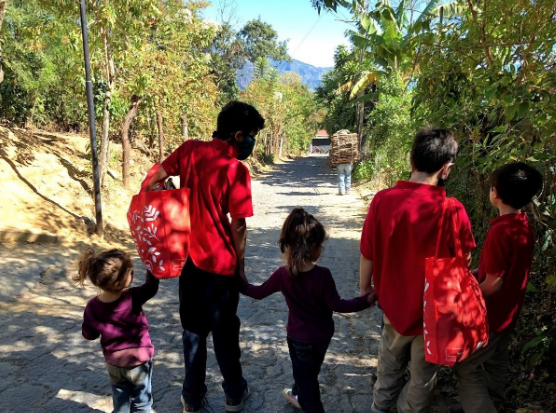 Working with my sister-in-law’s non-profit organization, we decided to go to one of the poorest areas of Guatemala, in Alta Verapaz, and hand deliver small gifts to young Guatemalan children who had been affected by hurricanes Eta and Iota.

My wife had been spending time in that area delivering 72-hour emergency hygiene kits, water filtration systems, and feminine hygiene kits with her sister, so she knew the area fairly well.

We flew to Guatemala with our children, and from Guatemala City, we drove into smaller towns, and then into the jungle. The flooding caused by the hurricanes had washed out the roads in several places, so the temporary dirt roads were full of muddy potholes.

The roads were so full of curves and bumps that the 9-hour trip made several of our children physically ill.

When we finally arrived to the town of Cahabón, Alta Verapaz, the mayor of the town graciously hosted our family. He told us of all the hardships that the citizens of his town had faced over the past year. He explained to us that he had planned an event where we would give out the gifts to about 1,000 children.

On the day of the event, we arrived to find more than 1,500 children patiently waiting for us. They had a clown entertaining the children, but when we arrived, the clown called a young child to the front and helped him begin the event with a humble prayer of thanks to God. The mayor said a few words, and then invited our family to sing a Christmas song.

We sang “Joy to the World,” in English and Spanish, and the mayor thanked us and the donors from the United States who had contributed to my sister-in-law Debora Fletcher’s organization to make this all possible.

We felt such a peaceful, happy feeling as our kids passed out toys to those children. You could see the joy in the eyes of these children as they received their small presents. More than 1500 children received Christmas toys at that event, while a total of 7000 toys were distributed to children in locations farther away from Cahabón. 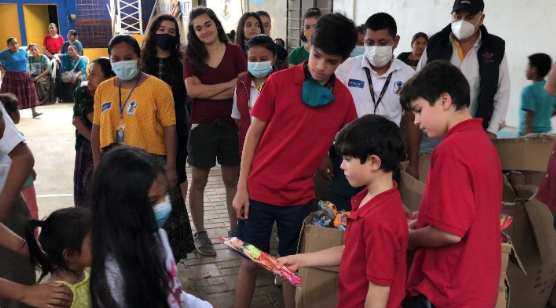 Each of my children still got one simple gift this Christmas. One of my sons got a soccer ball, another a basketball, one got a chess set, another a harmonica. They also got to come to a beautiful country and visit some amazing places in Guatemala.

But I think that the greatest gift that they received this year was far more special. My children got the gift of knowing how it feels to give presents to people who truly appreciate them, and who truly need them.

This experience has taught us that Christmas really shouldn’t be all about the gifts that we get. Christmas should be about trying to serve and give to others. Our family has learned the truth that Jesus taught when he said, “it is more blessed to give than to receive.”

Prophets and Apostles: Before and After Pictures You Probably Haven't Seen
← Previous
This Word for Word Book of Mormon Comic Book Makes Scriptures More Enjoyable and Accessible
Next →

Amazing experience, thanks for sharing and caring for the ones in need. I’m pretty sure those kids had an amazing Christmas! I saw a few videos where you guys were giving presents and singing, it sounded beautiful! Love you guys!!