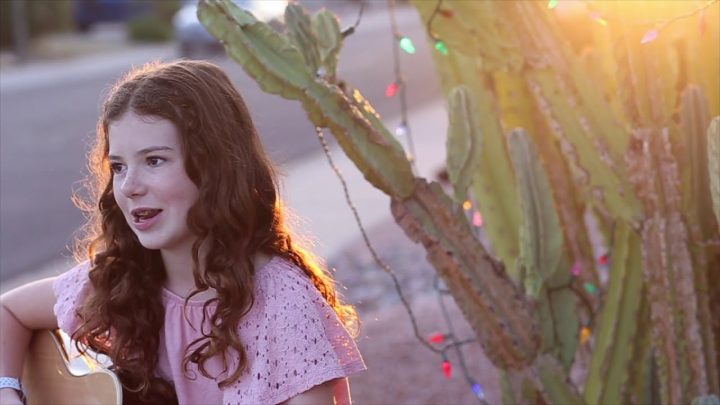 On Thanksgiving morning, Sofie Scott had something else on her mind – Christmas. As her mother, Monica, was prepping for Thanksgiving dinner, Sofie was writing a song about what it’s like to celebrate Christmas in a desert climate. 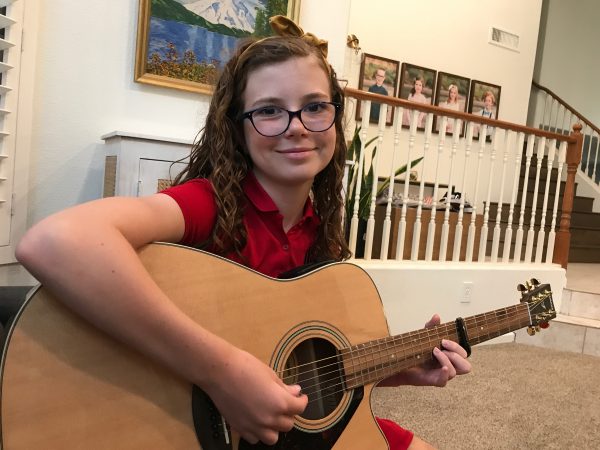 Sofie started writing songs on her guitar about a year ago.

The Scotts live in Arizona and Christmas looks a little different than the traditional “snow, sledding, and shoveling” Christmases that many of us are used to.

“I grew up in Utah and have fond memories of playing in the snow around Christmas time,” Sofie’s mom said. “One of the hardest things for me about living in Arizona has been adjusting to the lack of seasons. I love snow and I love seasons.”

Perhaps Sofie’s song was an attempt to help her mom see the beauty of a desert Christmas.

“I first thought of writing this song on an afternoon bike ride,” said Sofie. “I looked at the beautiful desert sunset and thought of how much I loved desert Christmases.”

Sofie’s mom was making pumpkin pies on Thanksgiving day when Sofie told her she had written a song about Christmas and she wanted to play it for her. Once her mom heard it, she knew she had to record it and share it with others. (Mom Monica has an incredible talent for music as well so she knew she heard something special.)

“I think that through this song, Sofie has started to finally convince her mama that having Christmas in the desert isn’t that bad after all,” her mom said.

An interesting note about the video is that the music, lyrics, art work and video editing are all done by Sofie. Quite a feat for a 13-year-old!

When we reached out to Sofie she was surprised that this song was getting such a positive response. “I didn’t think anyone other than my family would pay much attention,” Sofie said. “I was surprised at how many people commented so quickly, and it made me feel good to see what they said.” 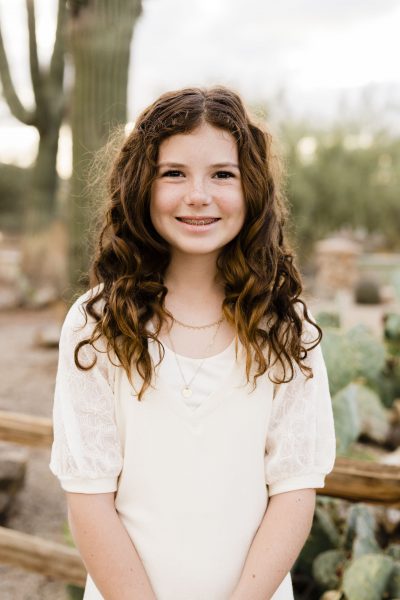 I asked Sofie who she looks up to in the music world, and she immediately said her guitar teacher Michelle Moyer. “She taught me so much about preforming and singing as well as guitar. I also like Jack Johnson who’s lyrics are playful and meaningful.”

Sofie Scott just created a YouTube channel and I’m sure there will be many more great songs on there in the future. Support Sofie here and subscribe to her YouTube channel.

And if you know anyone that is celebrating a desert Christmas, feel free to pass this video along to them – so they can listen to it with their glass of lemonade.