The Christ Child: Behind the Scenes | #LightTheWorld 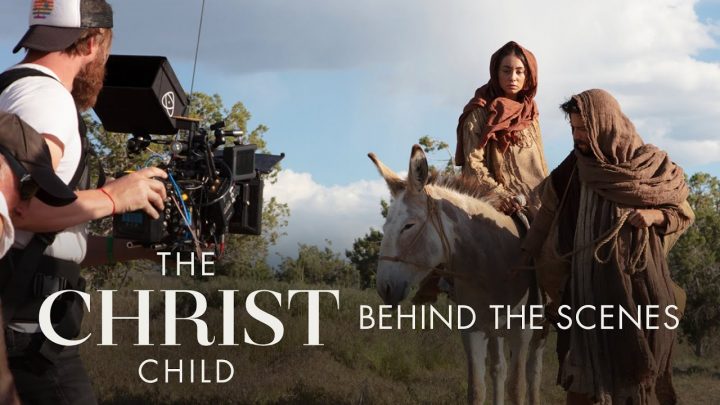 Go behind the scenes of “The Christ Child.” This 17-minute special explores the history, artistry, and scriptural insights that went into producing the stunning 2019 short film about the birth of Jesus Christ.

If you have not already seen the 2019 nativity film, “The Christ Child,” you can watch it here: https://www.comeuntochrist.org/light-the-world-2020/the-christ-child

The behind the scenes video below gives you commentary from those who had a hand in the creation and production of this stunning new look into the story of Christ’s birth.

One of those who provides some beautiful insight into the film was writer/director John Foss.

“The question that I had, and maybe others had, from the beginning is “Why did we need to create another version of the Nativity?” But the more we flushed it out, the more that we saw the opportunity to explore some of the history and some of the context of the time in ways that we haven’t seen before.”

What is “The Christ Child”?

A short film released in 2019 about the birth of Jesus Christ. This 18-minute dramatization of the Nativity story recounts in stunning detail the sacred events found in the Gospels of Matthew and Luke in the Bible. Journey with Joseph and Mary from Nazareth to Bethlehem. Witness the awe of the shepherds in the plains of Judea. Feel the joy of the Wise Men as they kneel before the Light of the World—the Savior Jesus Christ.

Why was there no inn shown in Bethlehem?

When describing Jesus’s birth in the book of Luke, the same Greek word used for “inn” (kataluma) is also used in a passage about the location of the Last Supper. In that passage, kataluma refers to an upper room or a guest room that Jesus and His disciples used. It’s possible that instead of searching for an inn or a hotel, Joseph would have sought out a private space in a family’s home in Bethlehem.

Why was the stable set inside of a home?

In first-century Jerusalem, animals were usually kept inside the house. The stable where Jesus was born may actually have been an interior courtyard or even a cave adjacent to the living quarters.

What song does Mary sing to baby Jesus?

The verse Mary sings in this portrayal is taken from Psalm 27:1. Scholars know from Luke 1:46–55 that Mary read and understood the Hebrew Bible, and it was common for religious observers to sing verses of scripture. The lullaby’s melody is based on traditional Hebrew musical forms.

Why were there children with the shepherds?

Scholars believe that during this time period, shepherd groups included a mix of family members who all helped with responsibilities. In this depiction, young male and female family members are shown within the group of shepherds who heard angels announce the Savior’s birth.

What is #LightTheWorld all about?

Since 2016, #LightTheWorld has grown into a global initiative each Christmas with millions of participants. Throughout the Christmas season, Individuals perform acts of service and kindness to demonstrate Jesus’s love one by one. Want to join in? Go to http://www.LightTheWorld.org for daily service challenges, prompts, resources, and more.

Messages of Christ Video: Jesus and The Sinful Woman
← Previous
What Elder Holland Said When a Young Missionary Asked, "Would You Give Your Life for the Church"?
Next →
2 shares