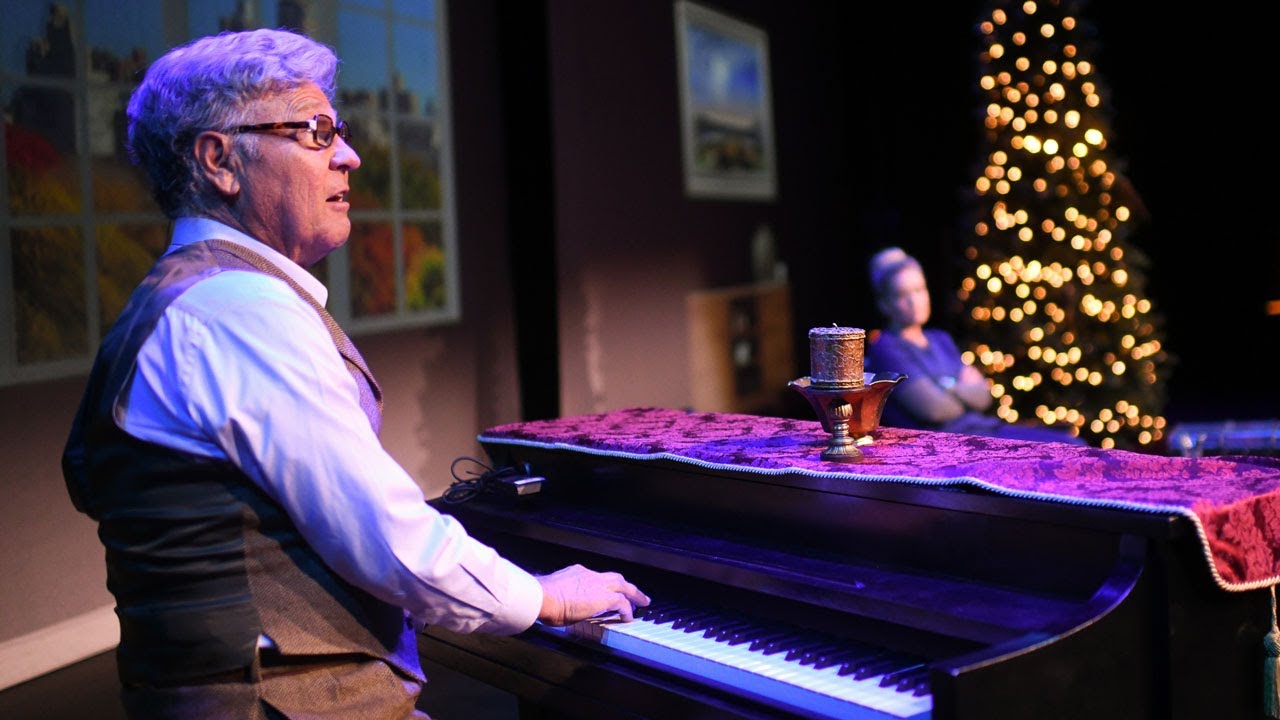 Salt Lake City – Michael McLean, in partnership with Purdie Distribution, announced today that the film adaptation of THE FORGOTTEN CAROLS will open in movie theaters on Friday, November 20.

Due to the pandemic, THE FORGOTTEN CAROLS will forego its usual stage performances, but to keep the nearly three-decade-long Holiday tradition alive, McLean and the cast and crew worked non-stop earlier this year to produce a big-screen adaptation of the musical to release this holiday season.

“I’m absolutely thrilled to partner with Michael on bringing THE FORGOTTEN CAROLS from stage to screen,” stated Brandon Purdie, president, and founder of Purdie Distribution. “THE FORGOTTEN CAROLS film will allow this joyful tradition to continue for current fans and I believe it will make many new fans as well!”

Purdie Distribution has been the distributor of the most successful LDS-genre films of the past decade, including SAINTS & SOLDIERS films, THE SARATOV APPROACH, ONCE I WAS A BEEHIVE, and THE FIGHTING PREACHER, to name just a few.

Years ago, McLean and his son, Scott, had been working on adapting the stage version of The Forgotten Carols as a feature film, and it was this process that inspired changes to the stage production which were implemented during last year’s tour.

“After Scott and I wrote the screenplay for the film, there were so many elements we fell in love with that are now included in the stage version,” said McLean. “And the changes we’ve made just feel right. They make the characters deeper, the story more spiritual, and the experience that much richer.” 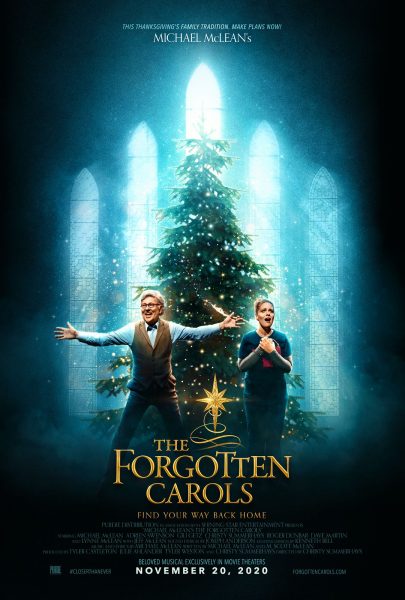 The 2020 production was staged and filmed in September in Iron County, UT. “To produce a high-quality film version of this beloved show during a pandemic was no small undertaking,” said Julie Ahlander, Producer.

“We were absolutely thrilled to be able to produce the show in Utah – home to many of our cast and crew, including the writer and star of the show, Michael McLean. Many thanks to the Governor’s Office of Economic Development and the Utah Film Commission for its support through the Community Incentive Film Program.  This support, along with investment money, has made the filming of this production possible.”

Now, perhaps more than ever, the timely messages of joy and hope from this beloved show are very much needed. And, for those who can’t imagine a Christmas without seeing The Forgotten Carols live and on the stage, McLean and the Producers are emphatic when they insist “We will return to the stage in 2021 to present The Forgotten Carols during the extended 30th Anniversary LIVE tour.”

“Miracles really do happen at Christmas” says Uncle John to his nurse, Connie Lou.  A statement that fills her soul with the hope of Christmas as she hears the “forgotten” carols from this strange, wonderful man.

Michael McLean’s beloved international stage phenomenon, The Forgotten Carols, leaps from stage to silver screen this Holiday season.  Long-time fans and first-time audiences alike will laugh, cry and find the true meaning and spirit of Christmas as they experience this never-before-seen edition of McLean’s holiday classic.

Audiences will be spellbound as Uncle John recounts the story of Christ’s birth as told by lesser-known characters from the Nativity through story and song.  The InnKeeper, the Shepherd and others help Connie Lou discover what the world has forgotten about Christmas, ultimately opening her heart to the joy of this special season.

Why This Man Never Returned to Church After His Cell Phone Went Off During the Service
← Previous
MOST people in North America are not eating enough fruits and vegetables.
Next →

Where can I see this film in the Sacramento, CA area (Roseville Mission)?

@Jane Hackamack, you can buy a pass to see the The Forgotten Carols online using this link > https://stream.livingscriptures.com/movies/the-forgotten-carols?cts

I saw this for the first time at a theatre in Lethbridge, Alberta, Canada. IT WAS WONDERFUL! What joy it brought to my heart. My husband passed away nearly a year ago and this film brought me to tears several times. Thank you Brother McLean for sharing your amazing talent with the world. I would love to meet you one day! I would recommend this film to anyone..

@Ann Harris, thank you so much for sharing your experience with us. God bless you and your family.

I also hope and pray we who live in California will be able to see this magnificent production.

I would love to see this become available in DVD and sold through Deseret Book Stores.

Living in a state where we don't have a lot of members of the Church, will it ever be available on, say, YouTube or BYU tv - even if we pay for it? There are a few friends and family I've got that I would LOVE to have see it. Saw it when I lived in Utah many, many years ago.

@Kelly'O Smith, good new! You can buy a pass to see the The Forgotten Carols online using this link > https://stream.livingscriptures.com/movies/the-forgotten-carols?cts