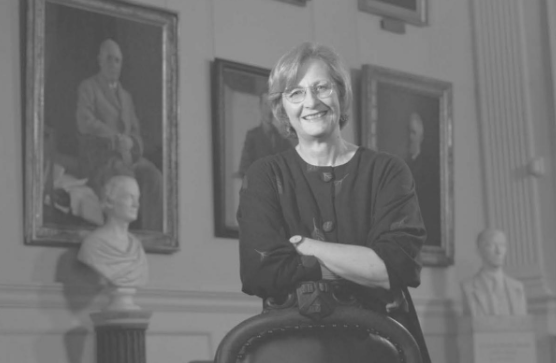 In an engaging personal essay found in BYU Quarterly’s Special Issue Celebrating Women’s Suffrage, the Latter-day Saint historian Laurel Thatcher Ulrich talks about the origin of the most famous sentence she ever wrote.

Ulrich, wrote, “well-behaved women seldom make history” in a 1976 article about Puritan funerals. The meaning behind that quote is often misinterpreted. Ulrich did not mean that women should break rules or misbehave in order to make history, she was actually expressing frustration that history overlooks the lives of many exemplary women. 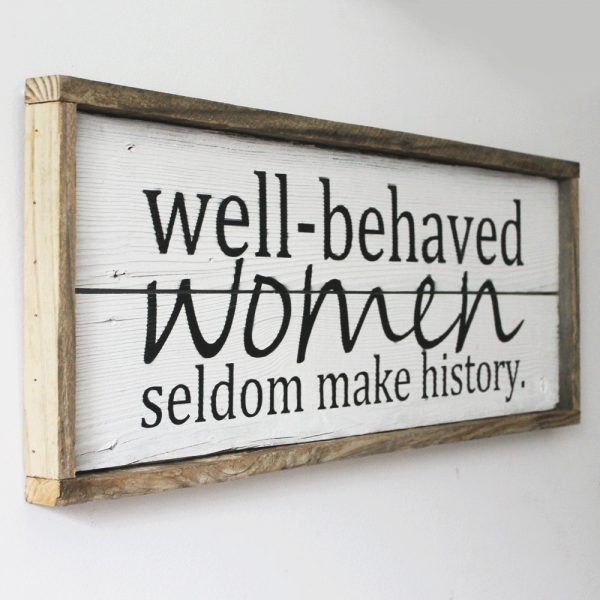 Ulrich, writes that women should generally play by the spoken and unspoken rules of their community, because rules bring safety and tie communities together. She then qualifies that by saying, “[b]ut some rules hurt people, others lose their relevance.

The first people to figure that out often make history. They refuse to move to the back of the bus. They stop wearing button up shoes and corsets. They write new laws. Some of them become famous. Most are ordinary people like us.”

Ulrich has made a career by shining a light on the lives of ordinary women – well-behaved women otherwise forgotten by history.

The subject of her Pulitzer Prize winning book A Midwife’s Tale, for example, was Martha Moor Ballard, a midwife from 18th century Maine, who “made history by performing a methodical and seemingly ordinary act – writing a few words in her diary every day.”

The book was a huge success, won many awards, and inspired a documentary film on PBS.

Despite Ulrich’s many accomplishments: Pulitzer prize winner, Harvard Professor, and MacArthur Fellow, she is most famous for coining the well-behave women phrase. The quote has spawned much notoriety for Ulrich.

She told the Deseret News’ Dennis Lythgoe, “It was a weird escape into popular culture. I got constant e-mails about it, and I thought it was humorous. Then I started looking at where it was coming from. Once I turned up as a character in a novel—and a tennis star from India wore the T-shirt at Wimbledon. It seemed like a teaching moment—and so I wrote a book using the title.” In 2007, Ulrich published Well-Behaved Women Seldom Make History.

While most people will only remember one famous line of Ulrich’s impressive oeuvre, her life’s work is much more significant.

Through her writing and scholarship, she has empowered and inspired many ordinary well-behaved women – “students, teachers, quilters, nurses, newspaper columnists, old ladies in nursing homes, and mayors of western towns [to] think they have the right to make history.” Well-behaved women really can make history.

Glen, Thanks for your words! I agree that this quote has been misinterpreted by many! I disagree with one aspect of your comment, however. I think that words are often misconstrued, or repurposed without the permission of the writer/speaker. It is often nearly impossible to discover the true meaning behind any one sentence without understanding the full context of those words. This particular quote comes from the first paragraph of an article entitle "Vertuous Women Found..." The relevant text is as follows: COTTON MATHER CALLED THEM "THE HIDDEN ONES. " THEY NEVER preached or sat in a deacon's bench. Nor did they vote or attend Harvard. Neither, because they were virtuous women, did they question God or the magistrates. They prayed secretly, read the Bible through at least once a year, and went to hear the minister preach even when it snowed. Hoping for an eternal crown, they never asked to be remembered on earth. And they haven't been. Well-behaved women seldom make history; against Antinomians and witches, these pious matrons have had little chance at all. Most historians, considering the domestic by definition irrelevant, have simply assumed the pervasiveness of similar attitudes in the seventeenth century. Others, noting the apologetic tone of Anne Bradstreet and the banishment of Anne Hutchinson, have been satisfied that New England society, while it valued marriage and allowed women limited participation in economic affairs, discouraged their interest in either poetry or theology." If you want to read the whole article, please follow this link: https://core.ac.uk/download/pdf/154864497.pdf

I think the vast majority who see said saying will conclude the rude—that is, they will see the message on the face of it. Ulrich is not honest, and uses her Liberal wordcraft to deny what is clear to the eye.