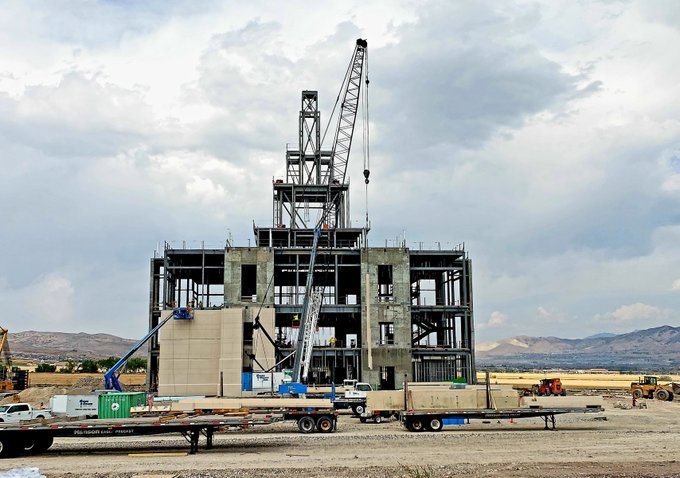 If you love temples as much as I do, following the updates on construction for various temples in a fun hobby.

A great resources is the Church of Jesus Christ Temples Twitter account, which posts frequent updates with pictures of the progress on temple construction all across the world.

Here are 19 recent updates that were posted on Twitter recently.

Delivery trucks are making regular stops at the Saratoga Springs Utah Temple, carrying beautifully detailed precast concrete panels that are now being attached to the structural framing for the temple. (Photo: James Turner) 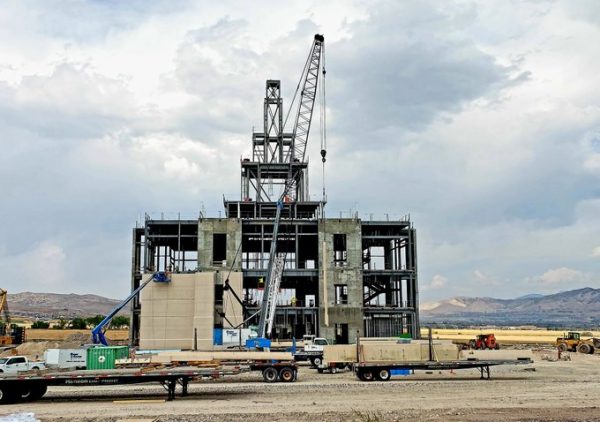 Fresh asphalt stretches across the northwest quarter of the Saratoga Springs Utah Temple site where pavers are installing the parking areas for the religious complex. Curb and gutter has been poured around the meetinghouse in preparation for paving as well. 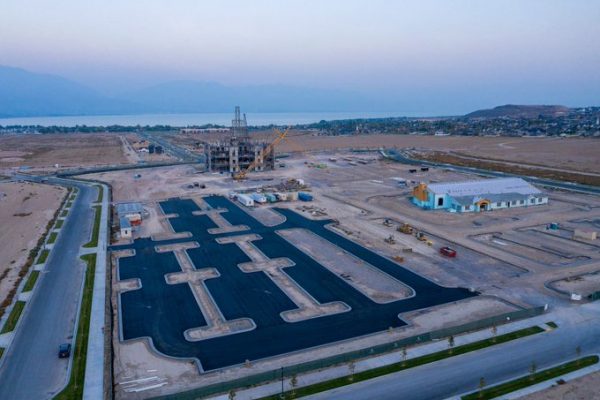 Large-scale construction is underway on the Puebla Mexico Temple, following a delay of several months after last November’s groundbreaking ceremony. A tower crane was assembled on site this week, and materials have been delivered to the staging areas. 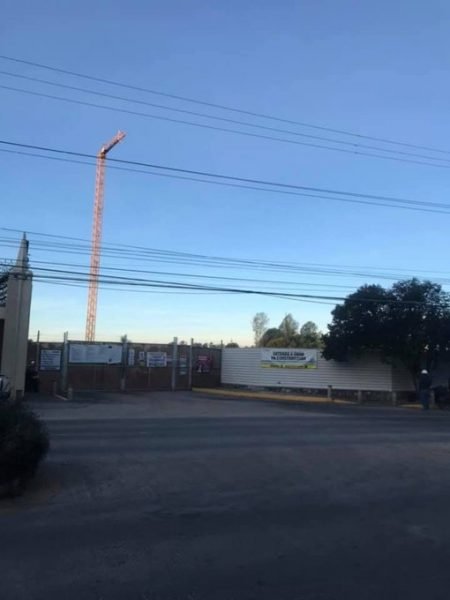 The steeple frame has been erected atop the Praia Cabo Verde Temple, which will later be capped with a cupola. The concrete block exterior walls have been completed, and the window openings will soon be boarded to allow interior work to move forward. 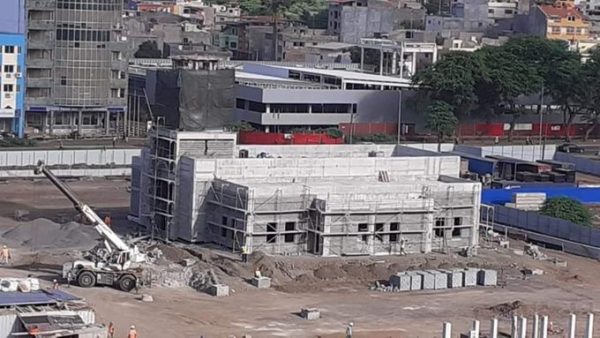 Concrete finishers at the Layton Utah Temple are setting forms on the east end of the project for the next foundation walls to be poured. A visitors’ trailer has recently opened on site where a missionary couple answers questions about the temple. 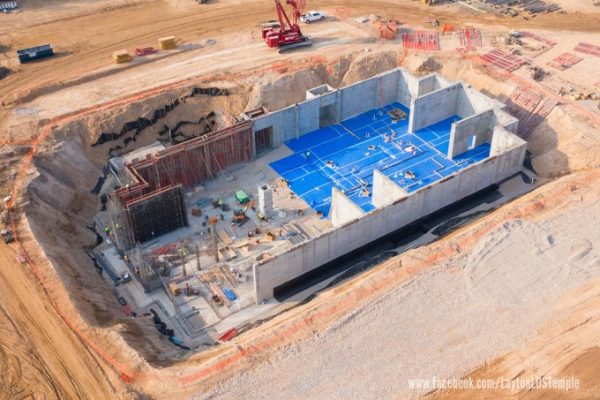 In the month since the groundbreaking was held for the Orem Utah Temple, the site has been staked, drilled, and excavated for the footings and foundation. The nearly 220-foot temple will become a local landmark that is easily visible from TRAX and I-15. 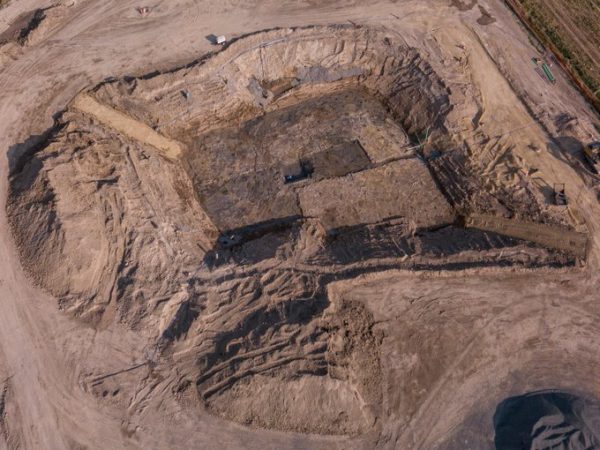 Structural framing for two of the six stories of the Bangkok Thailand Temple has been completed, and workers are now setting reinforcing steel bars for the third story. Construction of the multipurpose facility is progressing at the same pace. 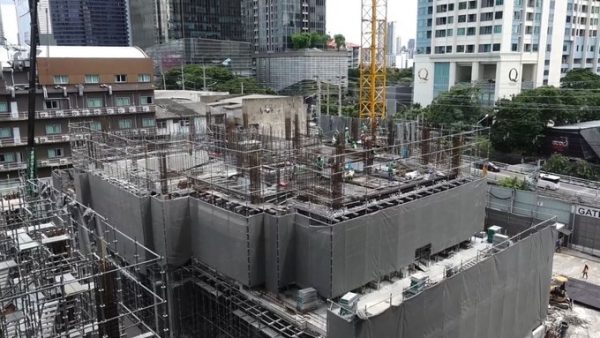 Light-colored earth tones are taking over the bright yellow sealer on the exterior walls of the Yigo Guam Temple. The front side of the building has yet to be completed, including the installation of moldings and the application of paint. 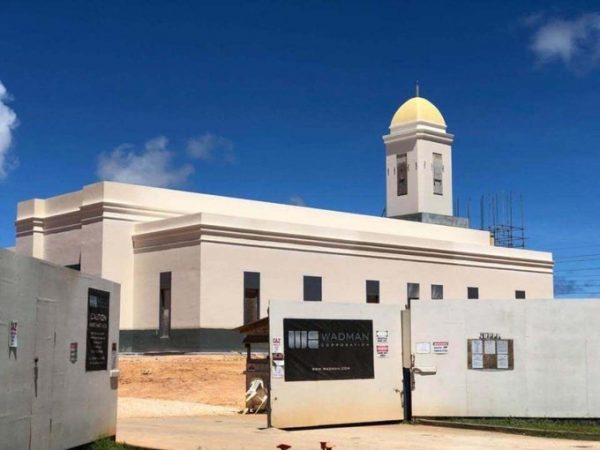 Concrete laborers at the Lima Peru Los Olivos Temple are moving swiftly to erect the structural walls of the temple, beginning with the foundation and moving to the main floor. (Photo: Jacob Hewitson) 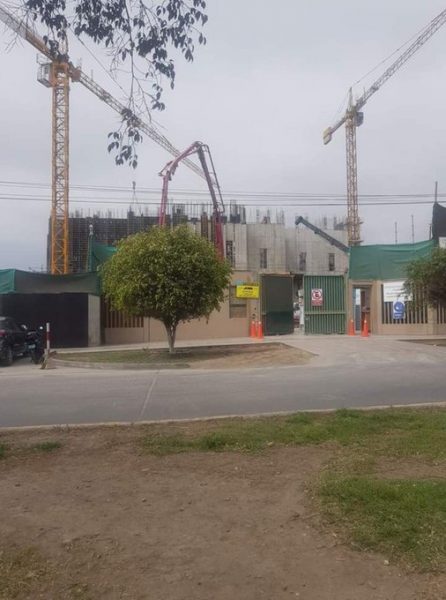 White stone panels were hoisted by crane yesterday and attached to the exterior of the newly constructed annex of the St. George Utah Temple. The structure will beautifully complement the temple proper and serve as the main entrance to the building.

“It’s a little bit messy…but trust that this is…[an] important process of strengthening the temple and preparing it for many generations in the future,” says Andy Kirby, director of historic temple renovations in a Salt Lake Temple video update. 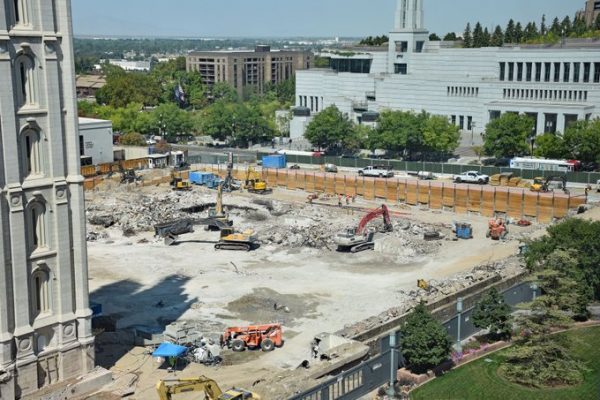 The final pieces of art glass have been installed in the Winnipeg Manitoba Temple, filling the elegant archway over the entrance, the narrow openings in the steeple, and the main body of the temple. (Photo: Fabiola Juarez) 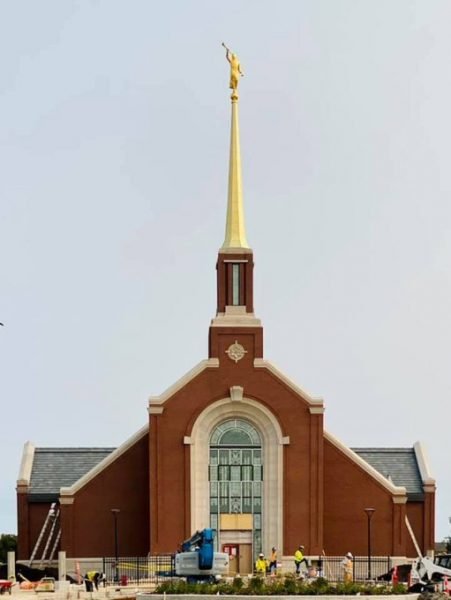 Steady activity has been underway at the Alabang Philippines Temple site since the June groundbreaking. Piling rigs have been among the heavy machinery on site, helping to build a solid foundation for the temple, which will sit next to the Alabang River. 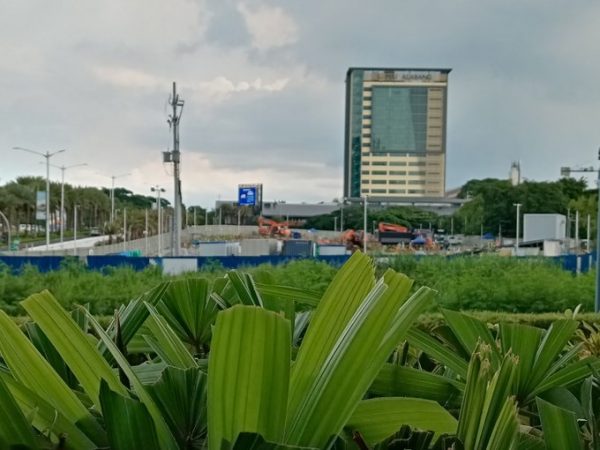 The west lawn of the Pocatello Idaho Temple recently saw the addition of a concrete base for the monument sign, which is centered on the temple and flanked on either side by symmetrical staircases and rows of trees that ascend the hill to the entrance. 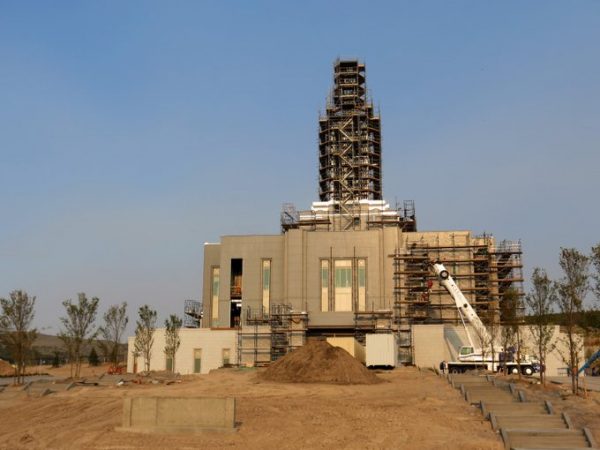 Construction progress on the Richmond Virginia Temple delighted observers last week who saw concrete forms removed and the first structural steel beams rising over the foundation of the building. 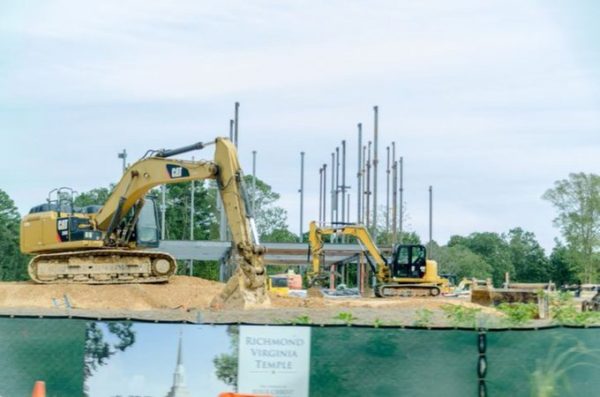 New landscaping along the southwest side of the Tokyo Japan Temple is incorporating the elements of a traditional Japanese garden including a pond, natural rocks, pagoda-style stone lantern, and trees and flowers yet to be planted. 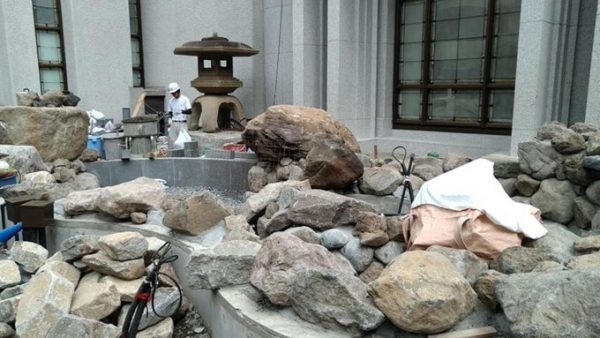 Stone cladding has started on the upper walls surrounding the tower of the Quito Ecuador Temple. The metal rod for the spire that will support a gilded figure of the angel Moroni was recently installed atop the steeple directly over the Celestial Room. 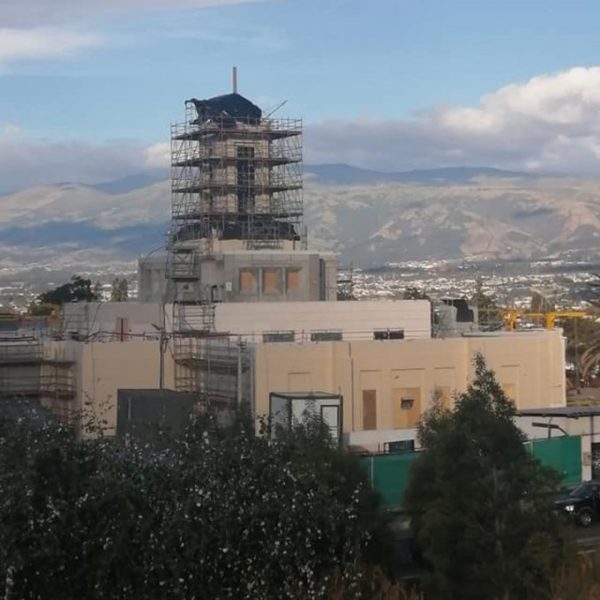 The excavations for the Feather River California Temple are being filled with wooden forms and crisscrossing rebar for the footings of the building. A white vapor barrier has been installed at the end of the temple for the floor slab of the partial basement. 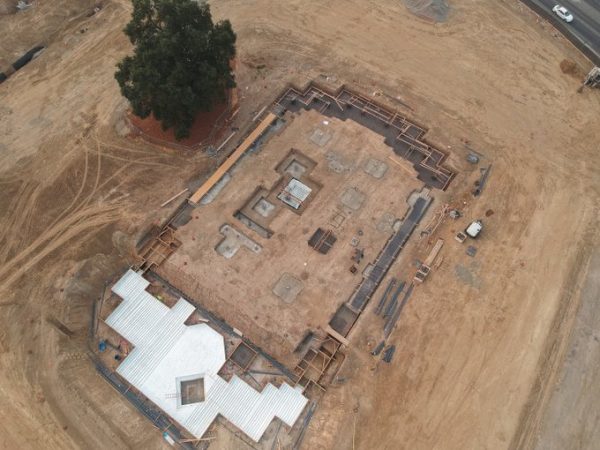