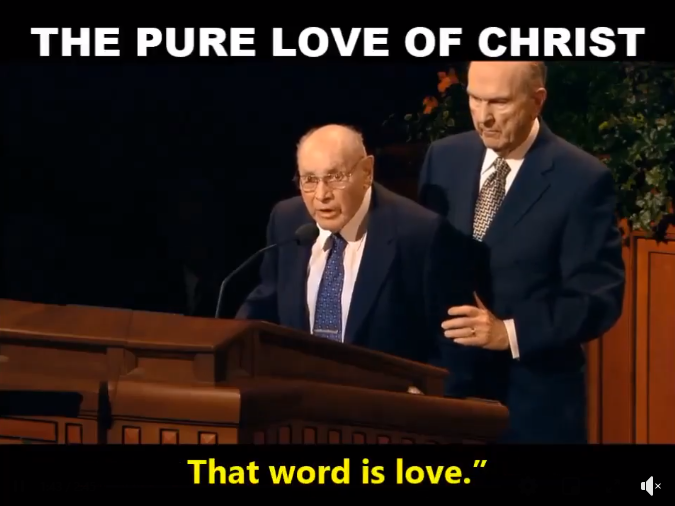 One of the greatest moments every recorded in General Conference had more to do with actions than words.

In the 2007 October General Conference, Elder Wirthlin gave a talk entitled, “The Great Commandment”, sharing the message that when we reach out to assist the least of Heavenly Father’s children, we do it unto Him.

Towards the end of the talk, Elder Wirthlin began to shake from the pulpit and it became a very concerning situation for him, and for everyone watching.

The short video clip above was originally posted on “I love General Conference” Facebook page. You can see their post here. This video does a beautiful job of capturing the poignant moment that has lived in the hearts of many saints since 2017.

When the circumstances became ever more scary, Elder Nelson came to the pulpit and gently stood beside Elder Wirthlin and supported him until he finished his talk, to which Elder Wirthlin responded with a “Thank you.”

The words from Elder Wirthlin and the act of service from Elder Nelson painted a beautiful picture of how we should serve our brothers and sisters, and how it shows the Lord our devotion to Him.

Do you have a favorite General Conference moment? If so, let us know about it in the comments below.

President Nelson is a physician and I felt he was assess Elder Wirthlin for Atrial Fibrillation. He is wise, knowledgeable and loving .

I remember this well. I always loved Elder Wirthlin!