The Last Moments With My Mom 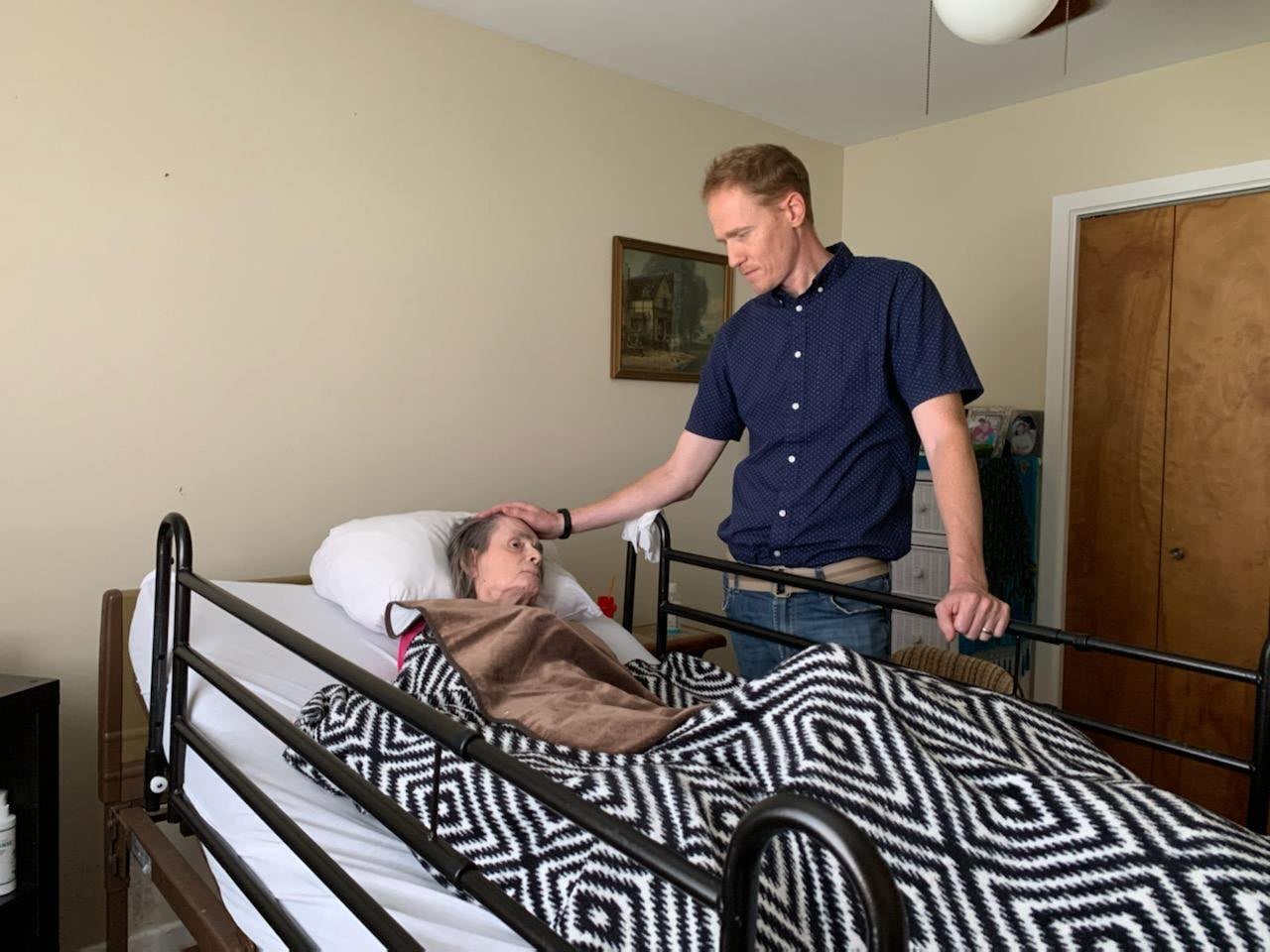 I wanted to share a more personal experience that I had recently.

This photo captures the last time I would ever see my mom in this life. 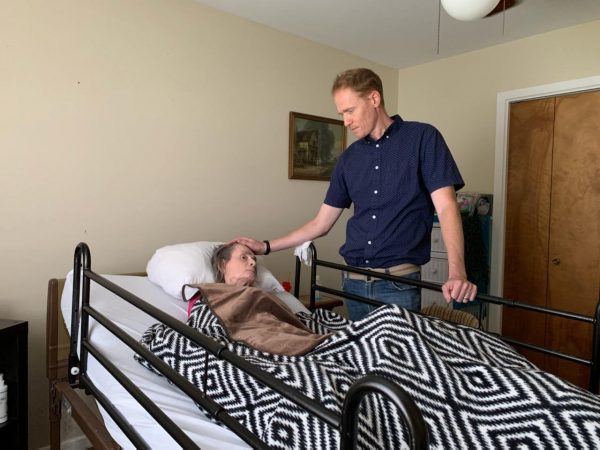 Life. What an incredible journey.

Here I am stroking my mother’s head while she is wrapped in a blanket. My fondest memories are of her holding me in the rocking chair as a child, wrapped in my blanket, comforting me when growing pains kept me up at night.

My last visit with her was spent singing, “You Are My Sunshine” and “A Little Birdie in the Apple Tree” – the same songs she would sing to me as she rocked me in that chair.

I also read two verses of scripture from the Book of Mormon, quoting the words of King Benjamin, who my mother named me after.

I’m not sorry for this loss – because for my mother it is no loss at all. And the state she was in for the last 8 years wasn’t a positive one for anyone involved.

She has GAINED so much that was lost now that she has graduated to the other side. Her mother. Her father. Her husband. Two of her children. Two older brothers. Two of her grandchildren. So many incredible friends.

Most impactful to me, she has gained back the power of her mind. She has that sparkling smile again. The quick wit has been restored. There is now light in her eyes that will never again be dimmed. There is no sorrow for any loss on my part. I am so happy for her! She spent the last 8 years of life in an incomprehensibly dark place.

I’m so thankful that God mercifully allowed her to move on to her next adventure. I had a close friend who lost a family member recently who told me that she wished she had the crutch of belief in the afterlife because it would have made death so much easier for her – because it was excruciating. 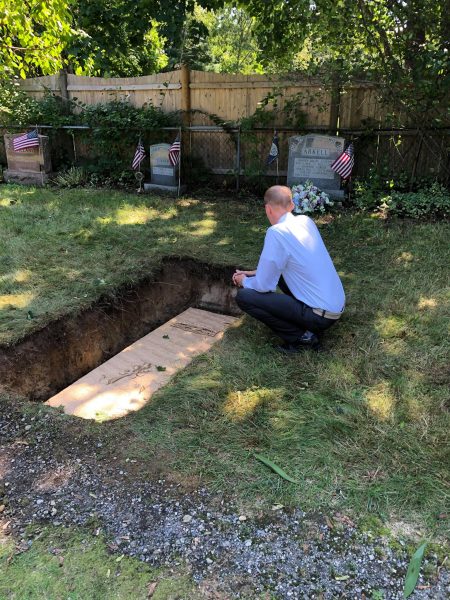 But believing in life after death isn’t a crutch – it is a reality! As my namesake King Benjamin said of Jesus Christ, “…he shall arise the third day from the dead; and behold, he standeth to judge the world…”

What does Jesus mean to me? Everything! Why? Because everything my mother lost, and has now gained, is because of Christ and his resurrection. All that is unfair in this life, will be made right by Jesus Christ at some point.

As I approached the door to leave my mother’s room for the last time, I turned to her and said, “I guess this is goodbye.” I knew it would be the last time I would ever see her in this life – a very strange realization to have. Sixteen days after I walked out of that room in Texas, my mother passed away in her sleep.

I love you, mom. So happy for you! I can’t wait to see you and introduce you to your namesake, Callie Louise Arkell, your granddaughter that was born on July 26th. I will speak to her of your name and what it means, forever! 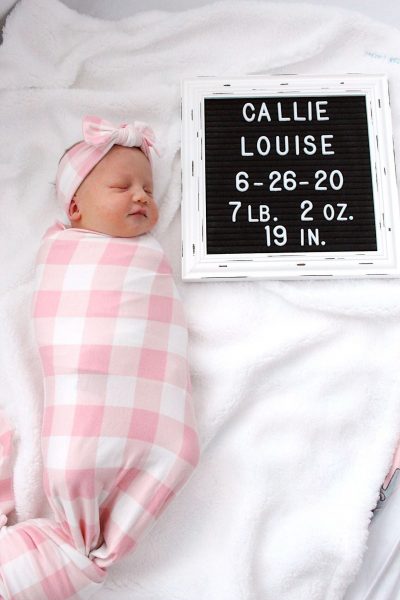 Ask in Faith: God's Miraculous Power Manifested in the Life of Joseph Stewart Allen
← Previous
What President Nelson Had to Say on His 96th Birthday
Next →
0 shares