Miracle for Zach: Community Gathers Around Teen Fighting for Life in Coma 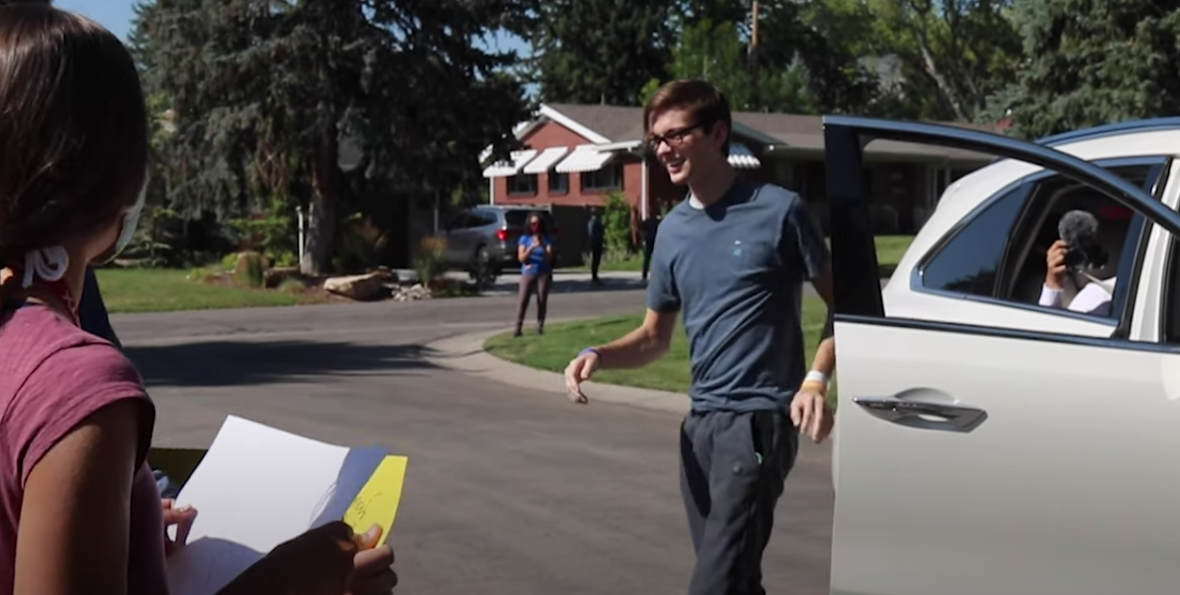 On May 26, 2020, Zachary Greenberg was involved in a serious car accident at the Bonneville Salt Flats.

EMS was called and it took their team over one hour to extract Zach from the severely mangled car.

Zach was transported via Air Med helicopter to the University of Utah Medical Center and he subsequently laid in a coma for ten days as people all over the world fasted and prayed for him.

He was placed on a ventilator and had multiple life-threatening injuries, including a traumatic brain injury.

His prognosis for recovery and any return to normalcy was poor.

Three Red’s rendition of “Amazing Grace” highlights the tragedy and triumph of Zach’s story and the miracle of his ongoing recovery.

Zach had to relearn all physical skills, including walking, eating, and drinking. Due to the severity of these injuries, the medical team felt that it would take months of intensive therapy for Zach to regain his functional skills.

However, with thousands of friends, families, and strangers praying for a miracle, Zach was blessed by God to be able to walk and eat on his own within a few days of being admitted to the hospital.

Seven weeks after the accident, Zach is now able to perform all of his physical functions with limited assistance from this family.

Although he is still far from his pre-accident physical and cognitive condition, Zach’s recovery has been nothing short of a miracle.

This precious gift was wrought by the force of heaven through the service and righteous prayers of many angels on earth.