10 Things You Most Likely Didn’t Know About Emma Smith

The following article was written by Michael Kennedy and can be found at JosephSmithJr.org.

There are some surprising pieces of information most do not know about Emma, Joseph Smith’s wife. Here are ten things that will make you appreciate the beloved Emma Smith even more.

The city of Nauvoo did have a practicing doctor, however, when it came to pediatric care the doctor requested all his patients to go to Emma Bidamon as she “knows more about babies than I do”.

During the viewing of Emma’s death, the streets were lined with people almost as long as was the Prophet’s and many of the women kissed her in her coffin, some traveled great distances to be there. (Her funeral was held May 2, 1879 in Nauvoo with RLDS Church minister Mark Hill Forscutt preaching the sermon.) 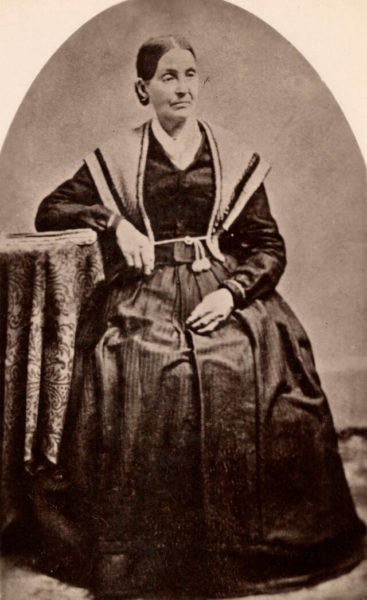 Emma Smith in her later years.

Lewis Bidamon had two daughters prior to his marriage to Emma. These daughters came under Emma’s care; Mary Elizabeth Bidamon and Emma Zerelda Bidamon. They remained with Emma until shortly after Lewis returned from his Gold Fields expedition in 1850. Later that summer, Mary Elizabeth married Mr. Gibson. Mary left with her husband and Zerelda went with the two of them to their new home.

On May 28 1843, Emma was sealed for time and all eternity to Joseph and four months later on the September 28th she received her calling and election made sure by ordinance with her husband, Joseph.

In 1841, Jane Manning (a black woman) was invited by Emma to stay as a member of the family.  Thousands of new converts arrived in Nauvoo with eagerness and anticipation in the early 1840s. But probably none came with more urgency than the exhausted band of nine black Saints who entered the city late in 1843. They were led by a free black woman, Jane Elizabeth Manning, and had walked over 800 miles. 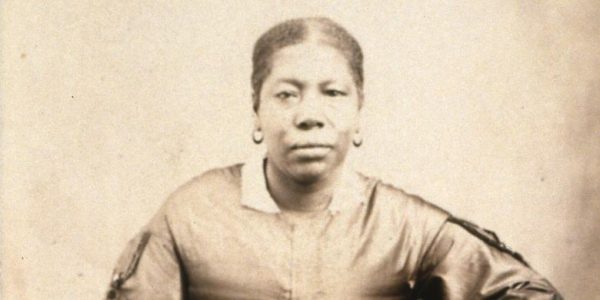 In Joseph III’s memoirs, he tells of several little black boys brought upriver on riverboats and abandoned in Nauvoo, who were taken into Emma and Joseph’s family and cared for as members of the family and continued after the martyrdom. One of these boys remained with Emma until he was 18 and took a job on a riverboat as a cook where he learned this skill from Emma. This boy’s story is recorded in Emma Belle Smith Kennedy’s journal.

10 Things You Most Likely Didn’t Know About Emma Smith

A woman in Nauvoo was accidentally shot by her husband. Knowing how Emma was supporting Lewis Bidamon’s daughters, the grief stricken widower requested Emma take in her sons until they were able to fend for themselves in life, to which she did.

The exodus of the Saints heading west was so pushed for them to leave out of fear of their lives many of these orphans were left abandoned on the streets of Nauvoo. One of these children was Elizabeth Agnes Kendall, affectionately known as Lizzie. Lizzie and Alexander Hale Smith became childhood sweethearts and later married.  Emma found homes for the other orphaned children.  Her household after Joseph’s death became a very large household. 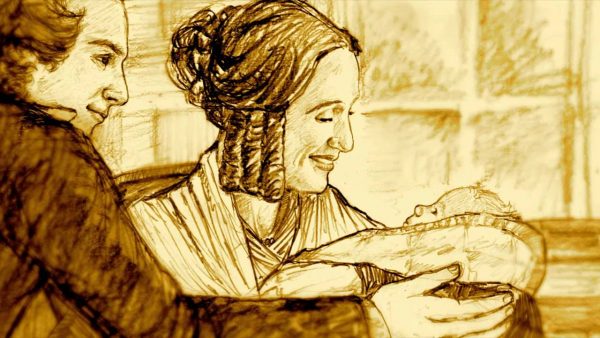 We’re all aware of the many times Joseph and Emma had to flee persecution each case a refugee including after Joseph was murdered.  There was an organized conspiracy to kill Joseph Smith in which those who planned it wanted Joseph to be killed ideally before July and if not absolutely before the end of October, before the national election. During this same period of time, not a single “Smith” was to be left alive. Emma fled Nauvoo once again with her children to Fulton, Illinois.  As she left, she could hear the cannons and gun fire.

In 1844, the laws allowed woman to inherit their husbands estate; however, the law did not allow woman to make decisions on the disposition of any aspect of the estate. Emma was to be dependent on a court appointed administrator to decide the affairs of Joseph’s estate, including the decision of what would become of Joseph’s children.

Emma was very skilled on a horse and could outride Joseph Smith and most others.

To learn more about Emma Smith, check out some of the stories below:

This is fascinating! Can you share with me your sources on all of these children Emma fostered? Thank you!